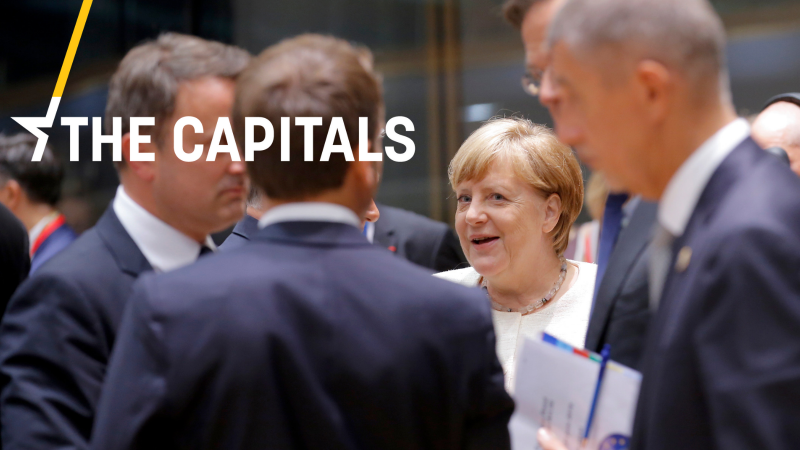 EU leaders failed to reach an agreement in the early hours of Friday (21 June) on the EU’s top jobs, as divisions over the distribution of key posts impeded any progress. Leaders will meet again on 30 June for a working dinner to try and break the deadlock.

German Chancellor Angela Merkel reiterated her support for the Spitzenkandidaten process after negotiations at the EU summit failed to reach a majority for her party’s candidate Manfred Weber. Talks had been “intense but friendly”, Merkel said, adding that as long as the Spitzenkandidaten procedure was not fully implemented, the EU was “not yet at the point that I would like to see”. Whoever is to take the top job, “we will need to find a common position with the Parliament”, Merkel added.

But sources told EURACTIV.com that the heads of the centre-left S&D and the centrist Renew Europe told Weber before the EU summit that there is no majority to support him.

For Paris, the move did not come as a surprise. “I have always had a clear view on the issue, I am not surprised by what is happening,” French President Emmanuel Macron said yesterday. Read more

Meanwhile, French Secretary of State for European Affairs, Amélie de Montchalin, said Spain has “good profiles” to take over senior EU positions. “France is not bargaining, each government proposes, but I have no doubt that Spain has very good profiles,” De Montchalin said according to EURACTIV’s partner EFE.

She did not mention names but said: “within the (European) Commission we will try to be the most ambitious to support competent people who may not be in the best-known circles of European politics”.

Elysée sources said Spain would have “good representation” in EU institutions following the strong performance of the socialist party (PSOE) in the EU elections.

Acting Spanish Foreign Minister Josep Borrell would be among the candidates in the running for a top job in Brussels, De Montchalin said.

In Bratislava, Slovak Prime Minister Peter Pellegrini said he would put everything to back Maroš Šefčovič to replace Federica Mogherini as High Representative for Foreign Affairs. He also played down a story published by daily Pravda suggesting that he personally is a candidate for the European Council presidency.

In Bucharest, Romanian President Klaus Iohannis did not want to comment on a Financial Times report on his possible appointment as president of the EU Council. “I don’t think it is proper to comment on rumours at the moment,” Iohannis said. This year, he completes his first mandate as President and has announced that he will seek a second mandate.

Unfit to serve? Around 150 academics sent an open letter to the Council of Europe (CoE) on 13 June to express their concern about outgoing Belgian Foreign Minister Didier Reynders’ candidacy for General Secretary of the Council. The letter is a direct response to his decision to repatriate six orphans from the Syrian refugee camps. (Alexandra Brzozowski, EURACTIV.com)

Corbyn’s ‘abject failure’ on anti-semitism. Jeremy Corbyn, the leader of the Labour party, has been accused once again of failing to address allegations of anti-semitism within the party.

Chair of the Labour Peers,’ Toby Harris, delivered a speech in the House of Lords, in which he said: “The Labour Party’s abject failure to deal with anti-semitism effectively over the last three years cannot be ascribed to inadequate resourcing of the complaints and compliance function in Labour party head office; nor can it be blamed on inadequate or out-dated processes – the failure is a political one; it is a failure of leadership.” (Samuel Stolton, EURACTIV.com)

Death threats against politicians. The State Office of Criminal Investigation in Berlin has launched investigations into death threats made against Cologne’s Mayor Henriette Reker and Andreas Hollstein, the mayor of the Altena, a town in North Rhine-Westphalia. Both politicians have survived assassination attempts in recent years. Reker barely escaped death in 2015 when a right-wing radical stabbed her in the neck while Hollstein was attacked with a knife in 2017.

Several German politicians have been victims of politically motivated attacks. In January, an AfD politician was severely beaten. On 2 June, the district president of the city of Kassel was shot dead on his terrace. (Florence Schulz, EURACTIV.de)

Cannabis to be legalised? In France, a new push for the legalisation of cannabis has been launched. In a study, the Economic Analysis Council pleads for supervised legalisation.

Pierre Person, the number two of the La République en marche (LRM) party, and his colleague Aurélien Taché are among the supporters of the call for regulated legalisation of cannabis. (EURACTIV.fr)

Toward one-party government? In three polls published yesterday ahead of the 7 July national elections, New Democracy (ND) scores between 32.4-35%, while ruling leftist party SYRIZA stands at 23.2–27%. Since it’s not clear yet how many parties will pass the 3% threshold, it is unclear whether ND will be able to form a one-party government. (Theodore Karaoulanis, EURACTIV.gr)

Summit satisfaction. Cypriot President Nikos Anastasiades has expressed his satisfaction about the results of yesterday’s EU Summit, which recognised Turkey’s “illegal” drilling for oil and gas off Cyprus, as well as threatened with sanctions if Ankara refuses to back down. (EURACTIV.com)

Babis “changes his mind”. Czech Prime Minister Andrej Babis met with EU Commission chief Jean-Claude Juncker yesterday before the summit, but shied away from discussing a Commission draft audit report dealing with his suspected conflict of interest as well, calling it an attack on the Czech Republic. Last week, Babis vowed to bring up the matter, but said he “changed his mind” as he did not want to interfere with the auditing process. Read: Czech PM attacks ‘eurocrats’ over EU funds misuse suspicions (Ondřej Plevák, EURACTIV.cz)

Money for hospitals, not just paperwork. The EU Commission has opposed Romania’s plans to use EU funding earmarked for regional hospitals for technical preparations and not the actual construction.

In the current EU seven year budget, the EU provided €150 million for the construction of three regional hospitals in Romania, but the government hasn’t actually started the construction yet. When the government realised that the costs would be higher, in order not to lose the EU money, it decided to use it for technical documentation, and ask for additional funds in the next MFF for the actual construction.

But Commissioner Corina Cretu said the executive had not received yet any new proposal but said she was “not comfortable” with allocating the money just for paperwork and not for the implementation of the project. (EURACTIV.ro)

Survey on vaccines. Almost half of Bulgarians (44%) question the effectiveness of vaccines, according to a The Wellcome Global Monitor poll, the world’s largest study on how people think and feel about science and major health challenges. In the question “Are vaccines safe?” 35% of Bulgarians neither agree nor disagree while 15% “somewhat disagrees” and “strongly disagrees”. Generally, Eastern Europe is the world’s most sceptical region towards vaccines. (Dnevnik.bg)

Hungary wants part of LNG on Krk. Croatian Energy Minister Tomislav Ćorić and Hungarian Foreign Minister Peter Szijjarto have agreed to set up a working group to analyse the potential cooperation on gas markets. Szijjarto confirmed that operators of the gas transport systems and national regulators would be included. “I would like to emphasise that we treat diversification as a crucial issue. An LNG terminal on the island Krk is a realistic scenario and we believe that this project will be important from the view of the energy security of Central Europe”, he said. The European Investment Bank is planning to finance LNG on Krk but it would like to see contracts on supply and distribution.

US energy secretary Rick Perry recently said he hoped the “American Gas of Freedom” would go through Krk to Central and Eastern Europe, which still depends on Russian gas (Željko Trkanjec, EURACTIV.hr)

Government crisis? Luka Mesec, leader of radical left party Levica, has hinted that his party’s support for the government should not be taken for granted. Levica is not a member of the minority government but supports it on a project basis.

“None of the projects is being implemented in the way we agreed, so after what happened with Abanka (privatisation of third-biggest bank purchased by second biggest NKBM), I decided to ask the question: does future cooperation with the government of Marjan Šarec make sense”, he said. A decision is due in mid-July. (Željko Trkanjec, EURACTIV.hr)

Paris summit won’t happen. Serbia’s President Aleksandar Vucic has said he is 99% sure that the Paris summit of the Western Balkans leaders with Kosovo scheduled for 1 July, would not be held because the Albanian government is “not ready to talk about anything important”.   (beta.rs, EURACTIV.rs)

One response to “EU top jobs continue to divide leaders”