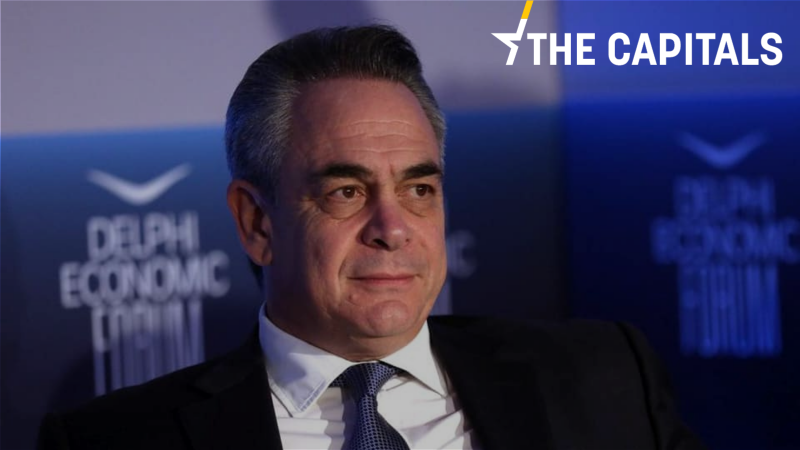 Before you start reading today’s edition of the Capitals, feel free to have a look at the exclusive op-ed by Greek Prime Minister Kyriakos Mitsotakis To get Europe moving again we must act now on vaccination certificates.

Also feel free to have a look at the article Portuguese minister: Vaccination certificate to abolish testing at EU borders.

There is a need for an EU-wide decision on partial “debt forgiveness” for each country, which will then pass on to the SMEs that have been hit the hardest by the pandemic, Greek business chief Konstantinos Michalos told EURACTIV.

“We are experiencing an extremely difficult situation throughout the pandemic lockdowns. And of course, the damages that will be incurred from the first and second wave will be very heavy for SMEs to carry on forward,” Michalos said. Read more.

EU summit to weigh race between variants versus jabs. EU leaders will grapple Thursday with the threat of new coronavirus variants whose spread risks outpacing the hope that vaccines will put a quickish end to the pandemic in Europe. Read more.

EU calls on Biden to form ‘new transatlantic pact’. Hours before Joe Biden was to be sworn in as the next US president, EU leaders extended the invitation to cooperate more closely but also warned that four years of the Trump administration had changed the nature of transatlantic ties. Read more.

Germany likely to open an investigation into far-right AfD. The German Office for the Protection of the Constitution (BfV) will likely be opening an investigation into the far-right Alternative for Germany (AfD) party as early as next week. This would allow the domestic security agency to monitor party members, wiretap phones, and deploy informants. Read more.

Belgian Prime Minister wants a ban on non-essential travel. Prime Minister Alexander De Croo (Open VLD) said he wants a temporary ban on non-essential travel, such as tourism, and will make the proposal at the EU summit later on THursday. “The situation in our country is better than in other countries, but the slightest spark can make the figures rise again. We have to protect our good position,” he said. (Alexandra Brzozowski, EURACTIV.com)

In almost all Austrian states, some vaccination doses left as reserves had been given to local politicians or civil servants and their families, instead of those who should have received them according to the vaccination strategy. (Philipp Grüll | EURACTIV.de)

Ireland welcomes ‘true friend’ Biden. Irish Prime Minister Micheál Martin added his name to the chorus of European leaders welcoming US President Biden to his new post in the White House on Wednesday, highlighting the close and personal relationship between Ireland and the new president.

Biden has in the past made no secret of his Irish heritage, having familial roots in County Mayo and County Louth. “A true friend of Ireland, Joe Biden, became the 46th President of the USA,” Martin tweeted on Wednesday. “As he said in his speech, it is a day of history and hope and I look forward to forging ever closer ties between our two great nations,” he added. (Samuel Stolton | EURACTIV.com)

Finland’s Left says ‘no’ to Israel’s surplus COVID-vaccines. The left side of Finland’s parliament shot down a proposal made on Sunday by Christian Democrat MP Päivi Räsänen, who suggested Finland should – like other EU countries such as Denmark and Cyprus – ask Israel whether it is willing to hand out its surplus COVID-19 vaccines. The debate has not continued since. Read more.

Conte negotiates to broaden support for his government. After winning the no-confidence vote in the Senate on Tuesday, Italian Prime Minister Giuseppe Conte met on Wednesday evening with party leaders who supported the government. Conte and his cabinet, according to Italian analysts, will try in the next few days to widen their parliamentary majority by involving MPs who voted no confidence on Monday and Tuesday. Read more.

Sanchez praises EU unity, insists Spain will implement COVID recovery funds. Unity at the national and EU level will be key for Spain and Europe to overcome the unprecedented challenges posed by the pandemic, Spanish Prime Minister Pedro Sánchez has said, adding that his government would successfully implement the €140 billion from the EU for the country’s pandemic response and recovery. Read more.

Portugal wants to unblock gender quotas on company boards. Besides, a set of binding measures on wage transparency is also expected to be adopted. Read more.

EU Court leaves Cyprus on the grill as halloumi trademark rift heats up. The European Court of Justice (ECJ) has dismissed the claim of a Cypriot producers’ organisation who challenged the trademark validation of Bulgarian halloumi-sounding products arguing that they could deceive consumers. Read the full story here.

Warsaw expects continuity with US on security, energy. “I am a big optimist. I think to a large extent we will see a continuation in these areas,” said Polish Deputy Foreign Minister, Marcin Przydacz, in reference to relations with the US on security and energy issues. Read more.

Czech parliament obliges stores to prioritise local products. The lower house of the Czech parliament passed an amendment to the food law on Wednesday under which stores larger than 400 square metres will be required as of 2022 to sell a mandatory minimum share of food products made in the Czech Republic. Read the full story here.

Hungary to authorise AstraZeneca, steps closer to Sputnik vaccine. The Hungarian authorities have authorised the AstraZeneca and Russian Sputnik V jabs, making Hungary the first in the EU to start vaccinations with these products. Read more.

Slovakia buys four million extra vaccines from Pfizer/BioNTech, Moderna. Slovakia has ordered four million additional vaccine doses from Pfizer/BioNTech and Moderna, after ordering 3.5 million from both companies in December – enough for 3.7 million people or 85% of the country’s adult population who will each have to get the jab twice. Read more.

Bulgaria puts end to Belene nuclear project. Bulgaria has abandoned the construction of its second nuclear power plant near the small town of Belene on the Danube after stopping and resuming the project twice. However, this third suspension is likely to end the Belene nuclear project forever. Read more.

Slovenia and Croatia to discuss Exclusive Economic Zone dispute. Slovenian Foreign Minister Anže Logar announced that he would pay a working visit to Croatia on Friday – his first since the coalition government of Prime Minister Janez Janša was formed in April last year. The main topic of discussion will be Croatia’s declaration of an Exclusive Economic Zone in the Adriatic, Logar told the parliamentary committee on foreign affairs.

“The development of events offers reasons for optimism,” said Logar, adding that the trilateral initiative, also including Italy, foresees more meetings, first by experts and then again by the foreign ministers, and finally between the prime ministers of all three countries. Last week, Logar was given the go-ahead from the Foreign Affairs Committee to continue the government’s activities related to trilateral cooperation. (Željko Trkanjec | EURACTIV.hr)

The government adopted on Wednesday a memorandum setting out the steps and actions for the adoption of an updated plan by 5 March. Romania was one of the first member states to present its recovery and resilience plan, but its initial version was not liked by the Commission. Read more.

Vučić congratulates Biden, invites him to visit Serbia. Serbian President Aleksandar VučIć congratulated new US President Joseph Biden, wished him good health and much success, and also invited him to come to Serbia, it was announced in Belgrade. Read more.

By nominating Christian Schmidt, Germany takes the initiative to put this country back on the international political agenda, the German foreign ministry said in a statement, adding that the development of BiH was in the interest of the German government, which supports BiH’s EU membership bid. A Bundestag MP since the early 1990s as foreign affairs and later defence spokesman, Christian Schmidt has focused extensively on the Western Balkans and in particular on the war in BiH. (Željko Trkanjec | EURACTIV.hr)

A total of seven laws which Đukanović had returned to parliament, including the one on churches, were adopted without a debate, as provided for by law. The session was not attended by opposition MPs led by Đukanović’s Democratic Party of Socialists because they believe that one member of the ruling coalition was unlawfully confirmed as an MP and that the decision has no legitimacy. The ruling coalition holds 41 seats in the 81-seat legislature.

Kurti not certified to be a candidate in the elections. Albin Kurti, leader of Kosovo’s biggest party, Vetëvendosje (Self-determination), has not been certified to run in the upcoming snap elections set to be held on 14 February. Read more.