EU elections could make Italy’s ruling Lega the biggest far-right party in the new European Parliament, elevating its leader, Matteo Salvini, to the status of a torchbearer for the populist camp. But they could also plunge the country in political turmoil.

For now, Italy’s political parties are frozen in a wait-and-see mode until the EU elections reveal the real balance of power in the country. It will be the first nationwide test after last year’s general election engendered a tense ruling coalition of Lega and anti-system Five Star Movement.

On Sunday (26 May), Italy will choose 73 MEPs, a tally that will become 76 if the UK leaves the bloc. The Italian territory is divided into five big multi-member constituencies, while seats will be distributed respecting the proportional system, with an electoral threshold of 4%.

But all eyes will be on Lega’s performance. “They wish to become Europe’s largest right-wing party in order to help shift the European political centre of gravity to the right,” said Lorenzo Castellani, a political analyst and researcher at Rome’s Luiss University.

From 10 May, the so-called electoral black-out is applied in Italy, meaning that no polls could be released through official channels or media in the two weeks before the vote.

Before the black-out, right-wing Lega (ENF) was polling on top at over 30%, while a substantial equilibrium was recorded between the other ruling party, the Five Star Movement, and centre-left opposition Democratic Party (PES), with 22.6% and 20.9% support, respectively.

Lega’s former partner, Silvio Berlusconi’s party Forza Italia (EPP), has fallen to 9-10% from a 14% vote share in March 2018, while far-right Fratelli d’Italia (ECR) was polling at 5%, with an increase of more than a point and a half compared to the general elections.

In all likelihood, the high threshold will keep out Italy’s Green and leftist parties, with few possibilities left also for Emma Bonino’s ALDE affiliated +Europa. 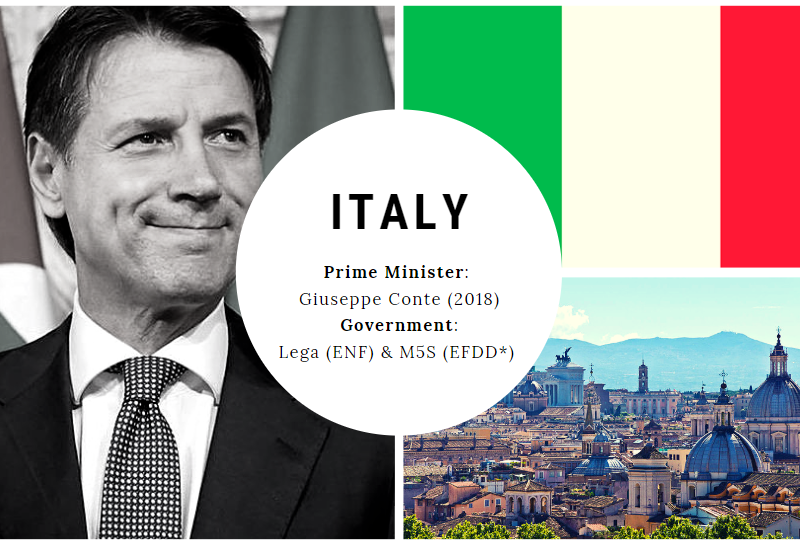 Italy was a founding member of the European Coal and Steel Community (ECSC) in 1952, which paved the way for the EU. It joined the Schengen in 1997 and eurozone in 1999, despite not meeting the euro convergence criteria, and its economic performance has remained a source of concern.

Things to watch ahead

Following a typical Italian political custom, little has been said about real European issues in the campaign for the EU elections, which have always been seen as a ‘mid-term’ election for the ruling parties.

Salvini has called the EU vote a referendum on his party’s policies, which political analyst Castellani called a calculated risk.

“This is a proportional electoral competition, not a win-lose situation. Polarising the vote might favour him in setting the agenda even if Lega’s final result will be less than 30%,” he told EURACTIV. 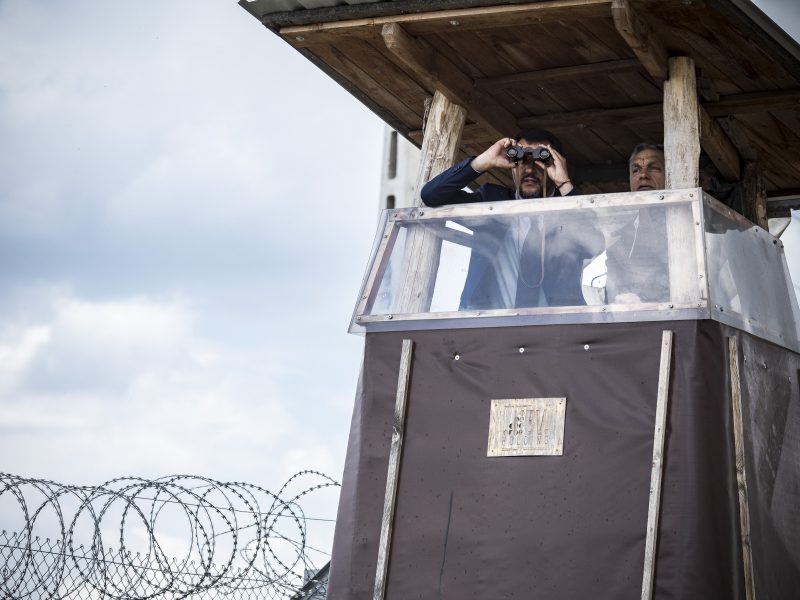 All European parties, except those on the left and including the centre-right EPP, will be considered as allies to Italy’s right-wing Lega party in the upcoming EU elections, leader Matteo Salvini said in Hungary on Thursday (2 May).

According to Lorenzo Pregliasco, a poll analyst and co-founder of the polling company YouTrend, one of the most interesting trends to watch out for is the toss-up between Five Star and Democratic Party, with the latter experiencing an ‘electoral rebound’ after party’s primary elected Nicola Zingaretti as the new leader.

“Before the electoral black-out, the polls have Five Stars slightly up, but there’s not enough to forecast how the duel will end up,” he said.

A similar remark could be made on Lega’s former centre-right partners, Forza Italia and Fratelli d’Italia. If the inexorable decline of Berlusconi brings his party just over or even below Giorgia Meloni’s far-right party, Salvini could be tempted to rely on the latter and start sidelining Berlusconi, who is still a cumbersome figure in Italian politics.

Another thing to look out for is whether ALDE’s +Europa will manage to pass the electoral threshold, which would mean taking away three to four seats from other parties and diluting the populist tsunami.

The EU elections will take place together with roughly 4,000 local elections and a big regional one in Piedmont and this could result in raising the turnout, according to YouTrend’s Pregliasco.

Tensions within the ruling coalition have seen a surge during the campaign, to the point of jeopardising government stability. Five Star leader Luigi Di Maio made no secret of his frustration, hoping the government’s partner to get back to normal after 26 May and expecting “more work and less bullshit.”

If Lega performs very well, it might be tempted to cash in and attempt an early election, poll analyst Pregliasco added, although he considered this scenario relatively unlikely in 2019.

Elections are also important for evaluating the political effects of policies undertaken by the two ruling parties, highlighted LUISS researcher Castellani. “We will see if Lega’s proposed flat tax or Five Star’s basic income have had some electoral effect and which of these policies the citizens will reward,” he added.

The Rome-based consultancy firm Comin & Partners have outlined five post-vote scenarios. The most likely one sees Lega confirmed as the first party in Italy, keeping alive the ruling coalition with Five Star and gaining more attractive ministries in a cabinet reshuffle.

Another scenario following a good performance of Lega has Salvini breaking up the coalition and calling early elections in October. The third scenario could happen in case of  Five Star’s plunge, leading to a split in its parliamentary group, with some of their MPs backing a centre-right Lega-led government with Forza Italia and Fratelli d’Italia.

The two less likely scenarios envisage a technical government as a result of increasing international speculation over Italy’s debt, or the Democratic Party tieing up with Five Star Movement, which would then dump coalition with Lega.

However it turns out, Italy will see its influence in the EU institutions significantly cut down, as it will almost certainly be out of the race for the EU top jobs. Even in Strasbourg, Italy’s role could be residual, unless there is a strong electoral performance of nationalist and populists movements across Europe.