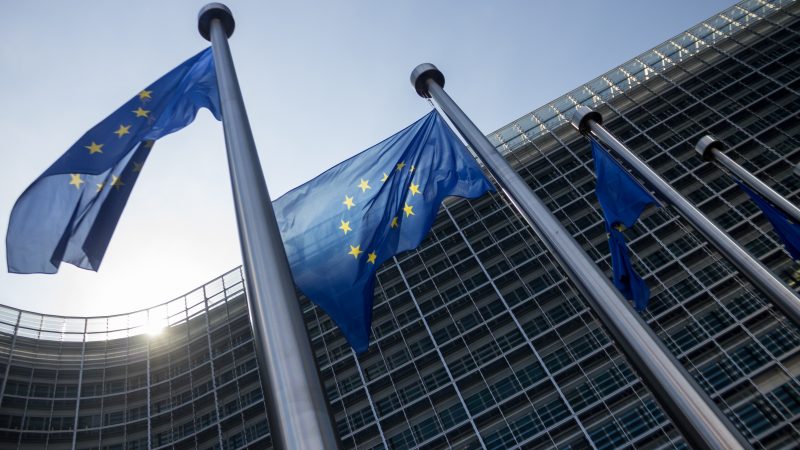 The movement hopes to raise more money in the future, with staffers of all EU institutions invited to pledge 2% of their monthly salary to the fund. [Tobias Arhelger / Flickr]

A group of self-proclaimed “faceless” EU civil servants have decided to put their hands in their pockets to build a European solidarity fund for people in COVID-hit regions like Spain and northern Italy.

The grassroots movement was launched by a group of EU civil servants calling themselves “Eurocrats with a heart” – a tongue-in-cheek reference to the British tabloid press, which often depicts EU officials as “faceless bureaucrats”.

By the start of this week, the movement had raised €150,000, contributed by about 800 people – all civil servants working in the EU institutions.

“That’s real cash, up-front, not pledges,” said one supporter of the movement who couldn’t reveal his identity because he isn’t allowed to speak publicly.

“Many EU civil servants feel an obligation to make a personal contribution and help countries and people in need,” the fund’s organisers said in a statement.

The idea was first floated one month ago by a group of EU civil servants who are members of the cross-institutional EUStaff4Climate group.

The focus for now is to show European solidarity in action and distribute help quickly where it is needed. The King Baudouin Foundation brings all the technical expertise in handling donations, cross-border tax credits and disbursing grants internationally.

But the movement hopes to raise more money in the future, with staffers of all EU institutions invited to pledge 2% of their monthly salary to the fund.

The salary pledging initiative was only put in place two weeks ago and it’s not immediately clear what sort of take-up it will have, even though the organisers report considerable interest among EU staffers.

“Making the solidarity of EU staff visible will strengthen the reputation of the EU institutions,” the fund’s organisers said in a statement.

As an added bonus, supporters of the initiative say EU staffers also want to “show a level of generosity that might put some EU governments – and Eurosceptic critics – to shame”.

After the pandemic, the fund will support social and economic recovery, inspired by the principles of sustainability, social justice and planetary health, the organisers said.

“We expect to grow in importance, in terms of number of donors, during the following weeks,” said Commission official Bruno Mola, one of the organisers of the movement.