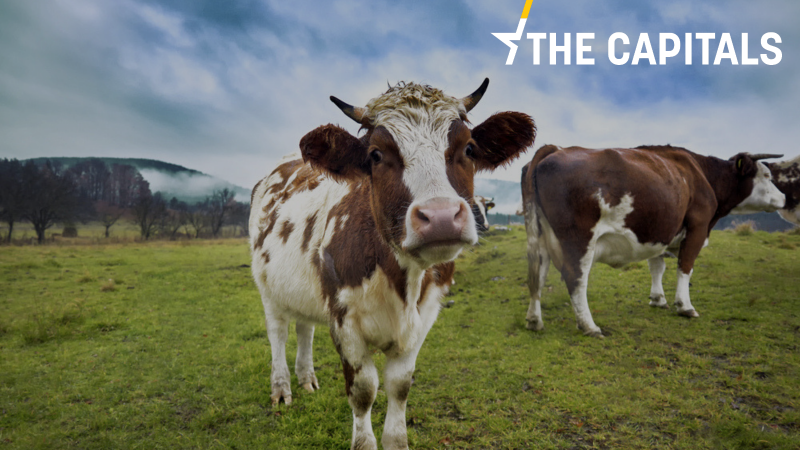 UK exporters have expressed their concern that in the event of a no-deal Brexit, they will not be able to sell animal products to the bloc.

But in order to do so, London needs to be granted “listed status”, meaning that the UK has to meet the necessary EU health and biosecurity standards. The European Commission had already granted such a status last April.

Contacted by EURACTIV, a Commission official referred to its June preparedness communication on a no deal scenario: “If the United Kingdom continues to provide the necessary assurances, the measures will be re-adopted to apply as of 1 November 2019.”

The food industry says it has already raised the issue with the UK’s Department for Environment, Food and Rural Affairs (Defra), which believes that it will not face any problem with the EU executive.

“Given the change in date for our exit from the EU, a further vote is required ahead of October 31. However, we are confident the UK will continue to meet the requirements,” a Defra spokesperson said.

The UN Conference on Trade and Development (UNCTAD) published a report on 3 September, projecting a “conservative estimate” of up to €14.6 billion losses for the UK economy in case of a no-deal.

Meanwhile, Paris made it clear that another Brexit postponement is not on the agenda. “As things stand at present, this question does not arise,” French Foreign Minister Jean-Yves Le Drian said, adding though that the situation could change, especially if snap elections are held.

He also said a no-deal Brexit was “the most likely hypothesis. There will be disadvantages, it is inevitable. There will tensions [on issues] such as fishing,” he told the Association de la presse diplomatique in Paris.

The French border will start to experience the likely effects of a “hard Brexit” in mid-September, and the customs administration is already going through a difficult transition as EURACTIV reported.

According to Le Drian, “everything will also depend on how the UK translates this no deal option. In any case, “there will have to be discussions at some point, if only for aircraft installations or Eurostar”, he said.

Johnson against parliament. UK PM Boris Johnson will attempt to force a snap election after suffering a humiliating defeat to his Brexit strategy on Tuesday night.

UK lawmakers voted by a 328 to 301 majority to take control of the parliamentary timetable and are set to pass a cross-party bill on Wednesday (4 September) which would force the prime minister to ask EU leaders for Brexit to be delayed until 31 January, unless MPs approve a Brexit deal by 19 October. (Benjamin Fox, EURACTIV.com)

Dutch PM Mark Rutte welcomed Greek counterpart Kyriakos Mitsotakis on Tuesday, the final leg of the new Greek leader’s first European tour since taking office. Following hot on the heels of meetings with Emmanuel Macron and Angela Merkel, it suggests that the Netherlands has established itself as the third most powerful European nation, particularly given the retreat of the UK from top-level EU decision-making. The two leaders, who hail from the liberal Renew Europe and European People’s Party groups, respectively, had a wide ranging discussion covering investment opportunities, climate change and jobs.

Migration policy also featured heavily, with Rutte reiterating that “the EU needs to have a common viable asylum system for Europe, a system that will truly demonstrate solidarity. Some member states still do not want to take part but we need to apply pressure.” Mitsotakis called on his counterparts across Europe to agree on a long-awaited reform of asylum policy, within the Schengen zone.

Drastic increase in small guns licenses. The number of Germans holding a small gun license has risen by 30,000 in the past 12 months to reach 640,000, German daily Rheinische Post reported Tuesday (3 September). This compares to 260,000 in 2014. There are currently around 5.4 million privately owned weapons of various categories in Germany, or about 66 weapons per 1000 inhabitants.

Crisis is over. Five Star Movement members voted heavily in favour of the prospective new coalition with the centre-left Democratic Party (PD) by a margin of 79.3% to 20.7%, paving the way for a new government to be formed in the coming days.

In the morning, Prime Minister-designate Giuseppe Conte is expected to show President  Sergio Mattarella a list of suggested ministers. Negotiators are still working on the names of Conte’s cabinet but they agreed on a 26-point political program which was unveiled yesterday.

Rejected Commissioners? EURACTIV has learnt that the two names (Dan Nica or Rovana Plumb) put forward by the Romanian government for the next European Commission have been rejected. Instead, the “Romanian lobby” in Brussels is pushing for former MEP and current government minister Ramona Mănescu, but EU officials have not confirmed this.

In addition, EURACTIV was informed that Romania is very close to getting the transport portfolio. (Sarantis Michalopoulos, EURACTIV.com).

Sánchez also proposed a European minimum wage and unemployment insurance, a “gender equality strategy of the Union” and a European immigration policy.

The 300 measures contained in the “social package” submitted by Sánchez also include prohibiting cuts of basic supplies of water, electricity and gas in cases of serious poverty and vulnerability.

Extremist MP to lose seat over racist comments. Milan Mazurek, an MP for the far-right ĽSNS party, was found guilty of “defamation of the nation, race, and belief” by the Highest Court. This means he will lose his mandate in the National Council. This is the first time that a court ruling resulted in revoking a parliamentary seat in Slovakia. Mazurek´s racist statements were broadcast on a local radio station in 2016 and were directed against Roma. Mazurek will also have to pay a fine of €10,000. His party is presenting him as victim punished for saying “what all of Slovakia thinks”.

Another political casualty. The state secretary of the Ministry of Justice, Monika Jankovská, (nominated by SMER-SD/PES) has resigned. She was one of the high profile figures whose phone has been confiscated by the police as part of the investigation of Marián Kočner, a businessman charged with the murder of journalist Ján Kuciak. Jankovská said she plans to return to her previous position as a judge.  (Zuzana Gabrižová, EURACTIV.sk)

Labour shortage. The Czech Republic has very low unemployment rate (2.1 % in July) and even faces a labour shortage – there are more job vacancies than unemployed people. That’s why the Czech government decided to review its programmes of targeted economic migration with an aim of making it easier for foreign workers to fill the gap. For example, the annual quota for Ukrainian workers will gradually rise from its current 19.600 to 40.000. Foreigners now account for nearly 11% of the Czech workforce, and most of them come from neighbouring Slovakia, Ukraine or Romania.  (Aneta Zachová, EURACTIV.cz)

Prime minister in Moscow. Slovenian Prime Minister Marjan Šarec (LMŠ-RE) will visit Moscow on 10-11 September, where he hopes to meet President Vladimir Putin and Prime Minister Dmitry Medvedev. One of the topics will be the future of Slovenia’s biggest retail chain, Mercator. The Croatia-based Fortenova Group, the legal successor of food concern Agrokor, which bought Mercator in 2014, has announced that it will incorporate the Slovenian firm in the Group. The main owners of Fortenova Group are Russian banks VTB and Sberbank. Slovenia is trying to return Mercator to Slovenian ownership again. (Željko Trkanjec, EURACTIV.hr)

Support from US, Canada. While PM Mitsotakis continued touring Europe, in Athens, US Ambassador Geoffrey Pyatt stressed at a press conference the US government’s intention to do everything in its power to support Greece’s economic growth, emphasising the new Greek government’s “laser focus on cutting through red tape and pushing through investment-friendly reforms.” In a late-night announcement, Canadian firm Eldorado Gold said it had finally, after two years of delays, got the necessary permits from the Greek government for a €1bn investment in gold mining and production in Northern Greece. Mitsotakis will give his annual economic speech to the Thessaloniki International Trade Fair on Saturday, with a “Growth for all” motto. (Theodore Karaoulanis, EURACTIV.gr)

Pay-back time: Finance Minister Harris Georgiadis announced that Cyprus had fully paid back the remaining loan to Russia of more than €1.5bn as the country can now finance itself on capital markets. Russia’s loan was accepted by the previous leftist government of AKEL in 2011, before Cyprus turned to the EU for a bailout programme, following the crisis in its banking sector linked to Greek bonds. (Theodore Karaoulanis, EURACTIV.gr)

Tensions with Russia: ‘The bayonets of the Soviet army have brought to the people of Central and Eastern Europe half a century of repression, suppression of the civil conscience, deformed economic development and detachment from the dynamics of the processes in the developed European countries’, the Bulgarian foreign ministry said ahead of an exhibition organised by the Russian Embassy, titled ‘75 years since the liberation of Eastern Europe from Nazism’ and scheduled for September 9. The foreign ministry said it had advised the Russian embassy “not to take a position in support of a dubious historical thesis (‘liberation’), which benefits some political circles in Bulgaria, as it interferes with the country’s internal political debate. The statement comes amid the start of campaigning for the local elections in October. (Dnevnik.bg)

A new face? Ahead of parliamentary elections due in October, the centrist Civic Coalition (KO), the largest opposition bloc, put forward Małgorzata Kidawa-Błońska, former Speaker of the Sejm, as its candidate for prime minister. The aim is to introduce a fresh face, as the popularity of the KO’s leader Grzegorz Schetyna is waning and the bloc needs a surge in the polls if it wants to unseat the ruling right-wing Law and Justice (PiS/ECR) or strip it of a parliamentary majority. According to the latest polls, PiS leads with almost 47% to 31% for the KO.

No taxation for the giants. Poland will not introduce a digital tax which could affect companies such as Facebook, Google or Apple. The decision was made immediately after the visit of US Vice President Mike Pence.  (Łukasz Gadzała, EURACTIV.pl)

Croatia and Slovenia push for EU enlargement. New Croatian Foreign Minister, Gordan Grlić Radman, has said that “Croatia and Slovenia are supporting EU enlargement to the Western Balkans”. During its first EU presidency, in the first half of 2020, Croatia is planning an EU summit in May dedicated to the EU perspective of the Western Balkan countries. “We want peace and prosperity in that part of Europe and those countries have the right to a European future,” the Croatian minister said.

He also hoped for the EU Commission’s “green light” for Croatia’s Schengen membership and said he did not expect Slovenia’s veto. (Željko Trkanjec, EURACTIV.hr)

US envoy: There is room for agreement between Belgrade and Pristina. U.S. special envoy for the Western Balkans Matthew Palmer said on Tuesday that there was a small window of opportunity for reaching an agreement between Belgrade and Pristina between the formation of a government in Kosovo and elections in Serbia, the Kossev website has reported. Palmer, who spoke at the Bled strategic forum, said there was no time to lose and the opportunity needed to be seized, adding that he expected the European Commission to prepare as quickly as possible for the continuation of dialogue and also the quick transition between the two high representatives – from Federica Mogherini to Joseph Borrell. (beta.rs, EURACTIV.rs)