Many right-wing populists across Europe that have supported President Trump have condemned the scenes at the US Capitol on Wednesday (6 January). [EPA-EFE | Matteo Bazzi]

Most European leaders condemned last week’s storming of the US Capitol by pro-Trump activists. Meanwhile, Europe’s far-right leaders, which so far have sympathised with Trump, are balancing between reproof and self-defense.

“There are Trumps everywhere, so each and everyone should defend their Capitol,” former European Council President Donald Tusk tweeted in reference to Europe’s domestic problems.

But unlike most European leaders, they stopped short of blaming outgoing US President Trump for the storming. Most of them had sought to use Trump’s “Make America Great Again” message to for their own populist movement endeavour.

Slovenian President Janez Janša, considered a particularly fiery supporter of Trump, made a distinction between the democratic right to protest and violence.

“All should be very troubled by the violence taking place in Washington D.C.,” the leader of the right-wing Slovenian Democratic Party tweeted. “Democracy presupposes peaceful protest, but violence and death threats —from Left or Right— are ALWAYS wrong.”

Poland, the closest Trump ally in Europe, condemned the events, but its response came only the next day. Remarkably, President Andrzej Duda commented that the events in Washington were an internal matter of the United States, which drew wide criticism from across the political spectrum. 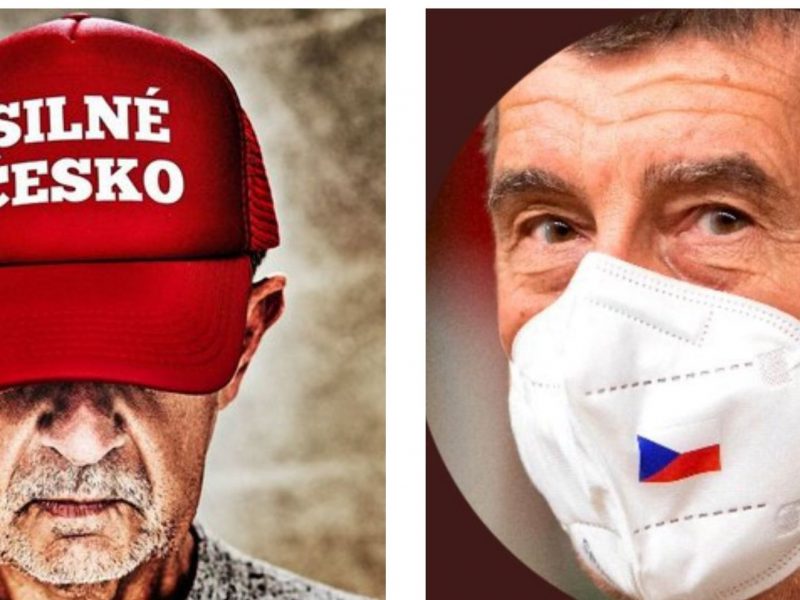 Others, however, were notably silent or showed only late reflexes.

As of Monday (11 January), populists such as Hungarian Prime Minister Viktor Orbán and Serbian President Aleksandar Vučić had not commented on the violence.

Tightrope for French and German far-right

France’s right-wing fringe performed a notable U-turn: Marine Le Pen, leader of the Rassemblement National (RN), who had always supported Trump and even sent a delegation in early November to support the candidate in the final days of the presidential campaign, has for the first time acknowledged Biden’s victory.

“Like all French people, I am extremely shocked by these images of violence. I believe that in a democracy we must defend the right to protest and demonstrate, but peacefully. Any act of violence aimed at undermining the democratic process is, of course, unacceptable,” Le Pen said on France 2 on Thursday (7 January).

“For the moment legal remedies are exhausted, we must respect the democratic process, recognise [Trump’s] defeat and Joe Biden’s victory,” she added.

Le Pen did, however, denounce the decision of social networks – Facebook, Twitter, YouTube – to block Trump’s video posted during the storming of the Capitol Hill, where he called for peace but still refused to admit defeat.

“Trump needs to condemn what happened. But he needs to be able to do that. His video calling for peace […] was censored by social networks. This censorship by digital giants raises questions, including in France,” she said.

Many figures of all political stripes have called for a clarification of RN’s position.

Macron advisor and MEP Stéphane Séjourné (Renew), called Le Pen “incendiary” and recalled that she had been expressing doubts about the election for weeks. MP Adrien Quatennens, a lawmaker for the leftist La France Insoumise, lashed out at the RN, saying that “once the far-right takes power, it has difficulty giving it back.”

“The events of the Capitol will convince most of the political leaders of the right-wing populist-nationalist family to be very careful that all the small groups of madmen we saw don’t graft themselves onto their movement,” Jean-Yves Camus, far-right specialist and director of the Jean Jaurès Foundation’s Observatory of Political Radicalities (ORAP), told EURACTIV.

“Le Pen’s position was clearly intended to give a signal to these troops, explaining that at some point you have to come to terms with reality, even if you don’t like it, and stay within the framework of legality,” he said.

“Even if, in my opinion, there is no risk of such an action taking place in France, it is always with a view to de-demonising his movement which obliges her to send signals,” Camus added.

However, he also recalled that Le Pen had sent two leaders of her party – Senator Stéphane Ravier and MEP Jérôme Rivière – to the US, to follow Trump’s election campaign and learn the ropes of his strategy. As the results poured in, they spent their time saying that the election was stolen.

“When you are a French elected representative, there is, first of all, no interest in systematically clinging to the declarations of any foreign head of state. If Marine Le Pen were to lose by a narrow margin during the presidential elections in 2022, this attitude could be blamed on her,” Camus concluded.

“What happened there is frightening, disturbing and completely out of the question,” MEP Jörg Meuthen (ID) and co-chair of the AfD said. “The AfD rejects any form of violence and anarchy.”

His co-chair Tino Chrupalla added: “Those who violently attack parliaments are aiming at the heart of democracy” – in Washington as well as in Berlin”.

Indeed, Wednesday’s images were strikingly reminiscent of the August events in Berlin when during a ‘Querdenker’ demonstration in front of the Reichstag against Corona measures, some suddenly had called for storming the building.

The mob included ‘Reichsbürger,’ a right-wing group that denies the existence of the modern German state. However, German police, unlike their US counterparts, managed to stop the mob on the steps of the Reichstag.

German President Frank-Walter Steinmeier drew parallels between the incidents. “We do not forget those images when opponents of democracy occupied the steps of our Reichstag,” he said in his statement.

Meuthen, however, considers this comparison inappropriate.

“The AfD under Meuthen is outwardly loving and respecting the rule of law and therefore condemns political violence, also in the US – this position still seems to have a small and dwindling majority in the party –  but this part of the AfD is being polarized by right-wing populist theses, especially on the subject of migration and integration,” Alexander Ritzmann, Associate Fellow at the German Council of Foreign Relations (DGAP), told EURACTIV.

“Since, in the eyes of most observers, Trump has actually lost on all fronts and the storming of the Capitol could not prevent the confirmation o Biden, I think it is unlikely that the AfD will even talk about him from now on,” he added.

“The general election this year will show which version of the AfD will prevail,” Ritzmann concluded.