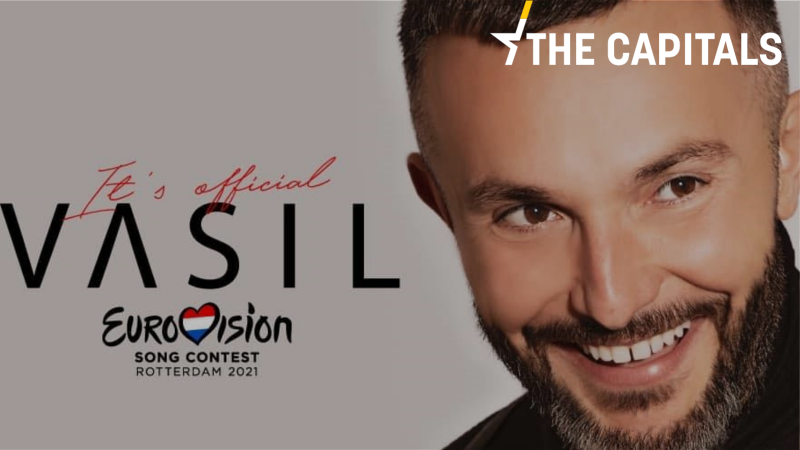 Before you start reading today’s edition of the Capitals, feel free to have a look at the article “Lavrov pronounces Russia-EU relations as dead“.

Also read the story “US, NATO have strong interest in keeping Turkey close, says Blinken” as well as the article “RED II: EU Commission can’t see the wood for the trees, analysts warn“.

Eurovision sparks more tension between Sofia, Skopje. The Eurovision song contest has further increased tensions between Bulgaria and North Macedonia. Sofia expressed “bewilderment” at the hate speech campaign taking place in North Macedonia against the country’s own Eurovision 2021 contender, Vasil Garvanliev. After announcing publicly his Bulgarian origin and citizenship, Garvanliev has become the target of a hate speech campaign and could have his run in the competition ended by a committee set up within Macedonian Radio and Television, MRTV. Read more.

Portugal will ‘do everything’ to ensure health passport by June. The Portuguese presidency of the EU will “do everything possible” to ensure that the legislative process for the implementation of a COVID-19 digital health certificate is completed by June, the Secretary of State for European affairs has said. More

Expectations are that it is unlikely that the country will be locked again as tightly as it was in the spring. But restrictive options on the table suggested by health experts include an extension of the Easter school holidays, click-and-collect options for non-essential stores, a limitation of contact professions and a reduction in social contacts. (Alexandra Brzozowski, EURACTIV.com)

French association files case against government for ‘favouring’ anti-COVID app. French association Anticor has filed a complaint against the government before the court established to try ministerial misconduct cases, blaming it for not having submitted the management of the application through a call for tenders, an obligatory procedure for public supply and service contracts exceeding €139,000.

Since the cost of running the application is being estimated at €200,000 to €300,000 per month, the association believes competitive tendering was mandatory to “guarantee transparency (…) in the use of public money”. The government’s failure in this matter would have an “impact on democratic life but also on public accounts”, the association added. (Magdalena Pistorius | EURACTIV.fr)

Luxembourg to use EU money to become more digital. Luxembourg wants to use EU funds to modernise its healthcare sector and retrain workers to have more digital skills, as part of a raft of measures to help the country recover from the economic blow of the pandemic. The Grand Duchy should get around €93.53 million from Brussels over the next three years, as part of a set of grants the Commission will hand out to help EU countries recover, the government said in a “recovery and resilience plan” this month. (Anne Damani | EURACTIV.fr)

Johnson admits mistakes were made in management of pandemic. At a press conference on Tuesday marking a year since the introduction of the first lockdown, Prime Minister Boris Johnson conceded that he made many mistakes in his handling of the pandemic. Read more.

Swedish government to rectify tax loophole for pensioners in Sweden, Portugal. The Swedish government of Social Democrats and the Greens announced on Monday that it wants to dissolve the agreement which has enabled Swedish pensioners to benefit from tax exemptions in both Sweden and Portugal through a legal loophole. Read more.

Italy to gradually reduce COVID-19 economic support by end of year. Support measures for the Italian economy hit by the COVID-19 crisis will be progressively reduced by the end of 2021, Italian Economy Minister Daniele Franco announced on Tuesday during a Bloomberg online debate with his British counterpart Rishi Sunak.

“Last week we launched measures for 1.5 percentage points of GDP and in the coming weeks we will proceed in this direction,” said Franco, adding that he expects “to end with the measures to support the economy towards the end of the year” and stressing that it will be a “gradual exit”. “After Easter, the situation will gradually improve and will go towards normality in May and June, thanks also to the climatic conditions,” the minister added. As for the economy, after the GDP fell in the first quarter of the year, Franco said he expects a recovery in the second quarter, with an increase in the third and fourth. (Daniele Lettig | EURACTIV.it)

Greece, Cyprus frown at ‘too many carrots’ in draft EU declaration on Turkey. A common EU declaration on Turkey currently under discussion ahead of the EU summit on 25-26 March “does not reflect” the balanced approach of EU top diplomat Josep Borrell recent report on the future of EU-Turkey relations, Athens and Nicosia have said. Read the full story.

Slovak president calls on PM Matovič to step down. Slovak President Zuzana Čaputová called on Prime Minister Igor Matovič to resign so reconstruction of the government could begin under a new leader, in a statement broadcast live on TV on Tuesday. Read more.

Belarus authorities detain Poles’ Union Head. Andzelika Borys, Chairperson of the Union of Poles in Belarus, has been detained in the city of Grodno. The Union of Poles in Belarus was banned by the Belarusian authorities in 2005, but nevertheless continues its activity. “Our consul has gone to the place of detention and we will, of course, intervene,” Prime Minister Mateusz Morawieckisaid. (Alexandra Brzozowski, EURACTIV.com)

Croatia’s HDZ says campaign financed with own funds, donations, party money. “I most strongly and absolutely reject the claims in the Nacional weekly that Mr Zdravko Mamić in any way compensated my salary or private costs during the presidential campaign. They are absolutely false claims and lies,” former president Kolinda Grabar-Kitarović of HDZ posted on Facebook and Twitter about Mamić, a former boss of Dinamo football club, who fled to Bosnia and Herzegovina where he obtained citizenship, after he was sentenced in Croatia to six and a half years in prison for siphoning more than 100 million kunas (about €15 million) from the club. Read more.

This comes after the education minister promoted the return to schools in February after weeks of online courses, despite parents’ concerns as many European countries were announcing fresh lockdowns due to the third pandemic wave. At the time, the minister insisted on the very limited risk of spreading in schools, and that teachers would be prioritised in receiving the vaccine. (Bogdan Neagu | EURACTIV.ro)

Serbian chamber of commerce launches digital platform for circular economy. The Serbian Chamber of Commerce launched on Tuesday the CE HUB Digital Platform for a Circular Economy, intended for the exchange of information, knowledge, and Serbian economic activities in the process of transitioning to a green economy. The platform was unveiled online by representatives of the Serbian Chamber of Commerce’s centre for a circular economy and the UNDP, with the support of German development agency, GIZ.

The purpose of the digital platform is to support the economy in modernising production processes, creating sustainable business models, and ensuring there is harmonisation between a circular economy and decarbonisation. The platform also aims to support constant dialogue between business and government representatives of the Green Alliance. According to Antoine Avignon of the EU Delegation in Serbia, the platform is very important for the promotion of a circular economy in Serbia, adding that companies and the private sector would have to innovate new ways of doing business. (EURACTIV.rs | betabriefing.com)

BiH records new spike in COVID-19 cases, deaths. In the past 24 hours, 1,719 or close to a third of the 5,200 people who were tested for the coronavirus were tested positive, while as many as 67 COVID-19 related deaths were reported in the past 24 hours, bringing the country’s total death toll to 6,005, Bosnia and Herzegovina’s health authorities reported Tuesday. BiH is expecting this week the delivery of 23,400 vaccines through the COVAX system to begin its mass vaccination campaign. (Željko Trkanjec | EURACTIV.hr)

Quint ambassadors urge Kosovo’s political parties to recognise election results. The political parties represented in the Kosovo assembly need to play a responsible role in recognising the results of the parliamentary elections held on 14 February, the ambassadors of informal decision-making group Quint – which includes France, Germany, Italy, the United Kingdom, and the United States – wrote in a joint statement released on Tuesday. Read more.