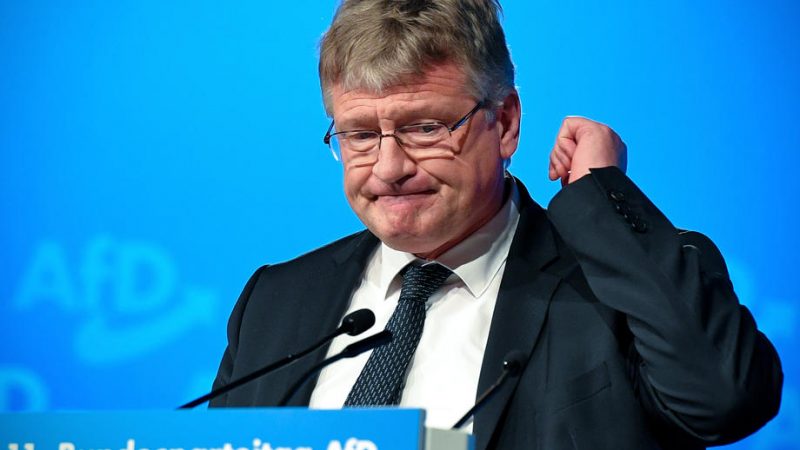 Jörg Meuthen, the longest-serving, moderate leader of the German far-right Alternative for Germany (AfD), has quit due to concerns the party is veering too far right in its ideology.

Meuthen has held the leadership of the far-right AfD since 2015. In 2017 the party made record gains, and in 2019, it became the largest in the far-right Identity and Democracy faction in European Parliament.

“The heart of the party today beats very far to the right, and at an elevated rate,” he told German public broadcasters, adding, “I do see quite totalitarian echoes here.”

Meuthen had initially announced that he would not run for party leadership again last year, but the December party convention that would have elected his successor was cancelled due to the ongoing COVID-19 pandemic.

Nonetheless, his subsequent decision to leave the party ultimately came as a surprise to all. “Everyone is surprised by Meuthen’s departure,” tweeted Nicole Diekmann after speaking with Meuthen ally Joana Cotar.

For a long time, Meuthen was considered the moderate “fig leaf” of the far-right AfD party, but after Meuthen lost an internal struggle for power in the spring of 2021, the party had adopted a motion that Germany should leave the EU.

But Meuthen has also had a long-running issue with many other party members over an increasingly more radical stance. He had called for a moderate approach but had not been successful in getting backing.

For the current party leadership, Alice Weidel and Tino Chrupalla, both of whom are considered more right-wing than Meuthen, his decision to abscond may pave their way to party leadership at the next party convention.

The day before Meuthen announced his decision to leave the AfD, the JURI committee of the European parliament had recommended that Meuthen be stripped of his parliamentary immunity.

Meuthen is embroiled in a party donation investigation in Germany, and it is likely the February plenary session of the parliament will follow the recommendation.