Brandenburg Premier and chairman of the Social Democratic Party (SPD) Dietmar Woidke (L) meets protesters with a cardboard reading 'Racists are no alternative' outside a TV station during the Brandenburg state elections in Potsdam, Germany, 01 September 2019. According to the Statistical Office of Brandenburg some 2.1 million people were eligible to vote in the regional elections for a new parliament in the German federal state of Brandenburg. [EPA-EFE/HAYOUNG JEON]

The right-wing Alternative for Germany (AfD) achieved historical gains in crucial elections in the eastern German states of Saxony and Brandenburg but Chancellor Angela Merkel’s CDU and its socialist coalition partner remain the strongest political parties, allowing the current grand coalition to hold until 2021.

Merkel’s Christian Democrats (CDU) remain the strongest party in Saxony with 32% (down from 39,4% in the last elections in 2014), with the AfD and the German Greens (Bündnis90/Die Grünen) achieving their best election results in the history of Saxony regional elections (respectively 27,3% and 8,8% vs 9,7% and 5,7%). The Social-Democrats (SPD) came out with a record low of 7,9%, compared to 12,4% five years ago.

Left-Wing Die Linke, which has historically performed well in eastern Germany, turns out to be a big loser in both states where voters who traditionally chose the party as a form of protest clearly migrated to the AfD.

The AfD is the main opposition party in the German parliament, the Bundestag, and has elected members in every state parliament (Länder).

Exactly thirty years after the fall of the Berlin wall, these results show an increased fragmentation of the traditional political landscape in Germany, in line with the wider European trend as shown at the last European elections in May: Conservatives and Social-Democrats are losing ground while far-right parties and the Greens emerge as clear alternatives – and clear political opponents. 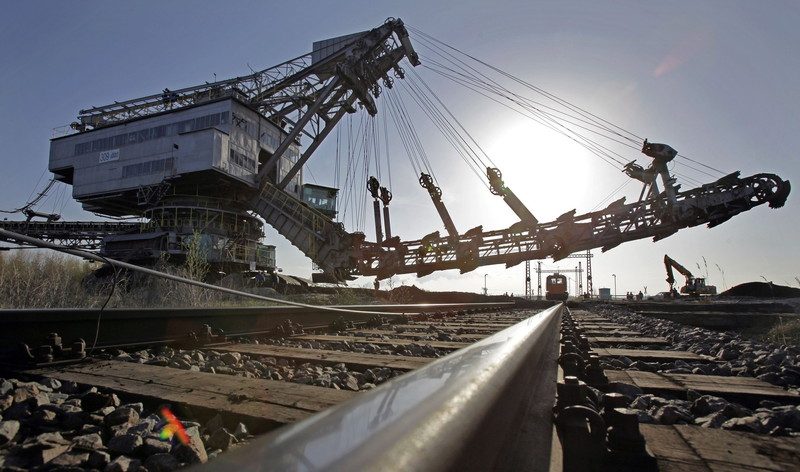 “The Greens increased their share in difficult terrain and confirmed the good showing at the European elections. In Brandenburg, they achieved their best result ever in an Eastern German state. A small downer for them is that they were stronger in the (pre-election) forecasts. If tonight’s projections are confirmed as the final result, the Greens are set to increase their power,” Arne Jungjohann, a political scientist and member of the Green Academy, a think tank related to the Greens, told EURACTIV.

Today’s state elections have implications for federal lawmaking in Germany, he explained. Brandenburg and Saxony both have 4 votes to cast in the Bundesrat, the 2nd chamber.

He pointed out that the German Greens govern in nine coalitions across the political spectrum and have established themselves as a hinge party in Germany’s party system.

“In both states it looks likely that they will be asked to join a coalition government. So despite the strong showing of the AfD, we might see coalitions that are more progressive, not less,” he said.

This means, for example, that Saxony could find itself with a three-party coalition in the coming weeks between the CDU, Greens and the SPD — a so-called ‘Kenya coalition’ – because the parties share the colours of the East African country’s flag, since a coalition with the AfD has already been ruled out by all other parties.

“If the Greens join one or even both state governments, they increase their influence in federal policy making and will shape policies in states that, for instance, are highly relevant for Germany to phase out coal,” Jungjohann said.

In Saxony alone, 20% of Germany’s raw lignite is being mined. This corresponds to around 3.5% of raw lignite extracted worldwide. For Brandenburg, about 4,500 people are employed in the sector. Those working in the lignite industry there fear that they will not be able to find employment once they have left the coal industry.

The federal cabinet is attempting to dispel these concerns with its new Structural Reinforcement Bill, which was presented on Wednesday (27 August).

€40 billion has been promised to the coal regions of North Rhine-Westphalia, Brandenburg, Saxony and Saxony-Anhalt, to help them eliminate coal by 2038.