Far-right leaders agree on ‘roadmap for sovereign and patriotic Europe’ 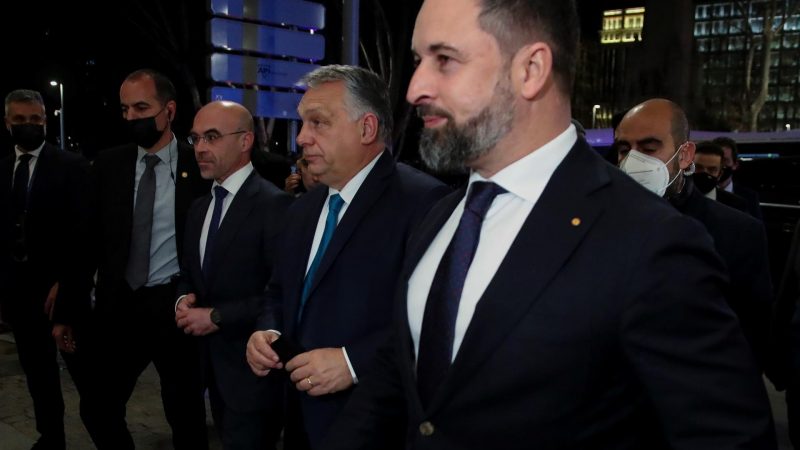 Nine far-right and nationalist European leaders, among others Hungary’s Viktor Orbán and France’s Marine Le Pen, have agreed on a “roadmap” for a patriotic Europe during a meeting held in Madrid. EURACTIV’s partner EFE reports.

The Madrid summit was organised by Spain’s far-right Vox party, the third political force in the Spanish parliament after the socialist PSOE and centre-right Partido Popular (PP).

In a joint declaration approved on Saturday, the nine leaders focused on Russia’s military build-up on the Ukrainian border and pledged to “working to ensure that the nations of Europe act in solidarity in the face of the threat of external aggression.”

“Russia’s military actions on Europe’s eastern border have brought us to the brink of war,” they stressed. “Solidarity, determination and defence cooperation between the nations of Europe are necessary in the face of such threats,” the joint document reads.

It also calls for each EU nation to have a “strong and united voice” to preserve peace, territorial integrity, and borders’ inviolability.

The nine parties met for the first time in Warsaw in December 2021, and on Saturday, they reiterated their concern about “internal and external attacks” on the European Union.

Viktor Orbán advocated “peace, de-escalation and negotiation” in the face of the Ukrainian crisis but rejected the notion that the solution to the conflict is a strategic agreement between Russia and the United States on European security without the participation of Europeans.

Meanwhile, his Polish colleague, Mateusz Morawiecki, expressed his conviction that the nine parties who met in Madrid are the “alternative for the future of Europe”, with common values and a joint defence of sovereign states.

The EU’s relationship with Hungary and Poland was also on the table. The text signed by those in attendance was clear that “we condemn Brussels’ politically motivated attacks on Poland and Hungary, which show a complete disregard for EU basic principles and a breach of the spirit of the treaty. We must cooperate and join forces to protect Europe from the ideologies imposed on it and the anti-democratic slide that leads to its loss.”

Divisions were not far, though. Unlike his Polish counterpart, Orbán has maintained good relations with Russian President Vladimir Putin and has been a vocal opponent of EU sanctions against Russia over the annexation of Ukraine’s Crimea region. Hungary is currently the only EU country using the Russian COVID-19  vaccine Sputnik V. 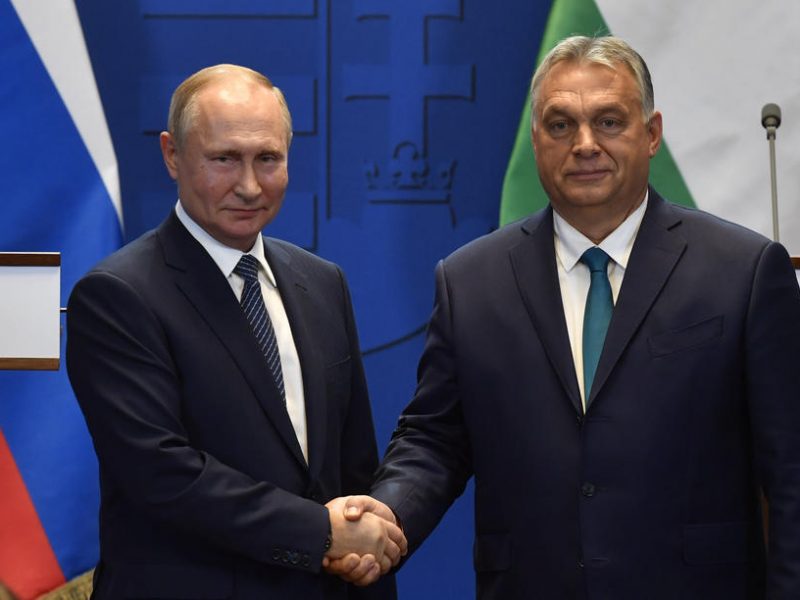 The Madrid meeting was also soon caught up in national politics. Speaking to journalists, French far-right leader Marine Le Pen commented on the French presidential election, telling her fellow party members to leave if they wanted to.

The Rassemblement National (RN) leader made the statements in response to the possibility that her niece Marion Maréchal might support Éric Zemmour in the race for the Elysée.

“In general, those who want to leave should leave, but they should leave now,” Le Pen said.

The nine parties which attended the Madrid summit have signed a document with nine specific commitments for the future, including fighting illegal immigration, promoting the birth rate and defending the sovereignty of member states.

“We are the ones who defend Europe. We will not allow the flag of the hammer and sickle to be raised here, nor the crescent flag, nor the dark flag of the globalisation elites,” Abascal said in his closing speech.