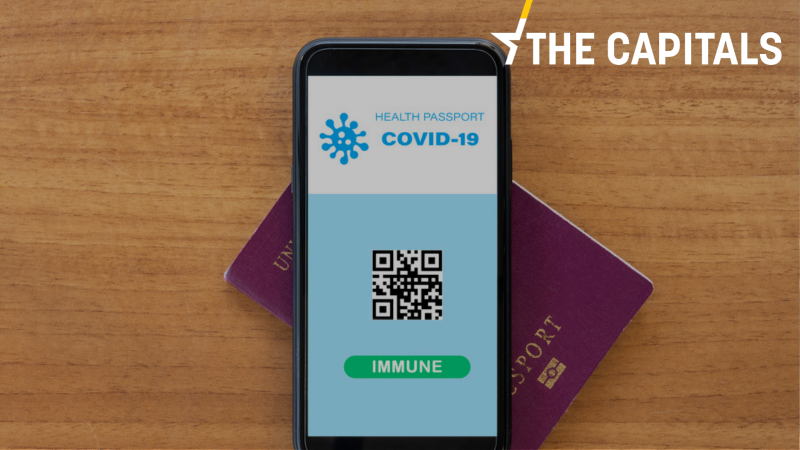 Before you start reading today’s edition of the Capitals, feel free to have a look at the article “Transatlantic economic ties face ‘rare opportunity’ for reset“, by Benjamin Fox.

Diplomatic sources have told EURACTIV that “realistically” one should not expect the EU Green Pass, a health certificate aimed to facilitate travel across the bloc, to be implemented before July. The main reason is that technically, the project faces a number of challenges due to the different infrastructures in EU countries. “The interoperability of the project is a difficult task”, diplomatic sources said. More.

Europe wishes Greeks happy 200 years of independence! EU partners are struggling to agree on a joint statement regarding future relations with Turkey ahead of a summit on Thursday. EURACTIV has learnt that EU diplomats have been exchanging several drafts and disagree on the wording. Incidentally, Greece, which has particularly troublesome relations with Ankara, is celebrating today its 200th anniversary of the Greek Revolution (1821) against the Ottoman Turkish rule. More

Portugal gets mandate to negotiate health technology assessment law. The Portuguese presidency of the Council of the European Union obtained on Wednesday a mandate from the member states to start negotiations with the European Parliament on a legislative proposal on Health Technology Assessment (HTA). More

Netherlands, Spain lead the way for more EU strategic autonomy. Spain and the Netherlands in a joint call on Wednesday (24 March) urged the EU to ditch unanimity decisions and keep its economy open, as it tries to become more independent of global powers like the US and Asia in technology, vaccine production and energy, according to a non-paper obtained by EURACTIV. Read the full story.

French government urges companies to resort more to home office. Employers in France must define action plans to reduce the time employees spend on-site “as much as possible”, according to France’s new health protocol for businesses. The government is also calling for less carsharing, adapting opening hours of catering services to limit the overcrowding, and reminding employees of the isolation rules applicable to contact and symptomatic cases.(Magdalena Pistorius | EURACTIV.fr)

Car-lobby writes open letter to chancellor. The plan to phase out the use of combustion engines by halting their sale via legislation, as has been supported by Austria and eight other member states, has been greeted with concern by the Austrian automobile industry. In an open letter to chancellor Sebastian Kurz, the leading manufacturers explained that “a policy of technology bans is wrong”. Having an acceptable CO2-footprint is not a question of which engine a car uses, but rather of what it runs on, the letter states, pointing at green electricity or CO2-neutral fuels. (Philipp Grüll | EURACTIV.de)

Scotland’s leader says election success will lead to independence vote. Scotland’s First Minister Nicola Sturgeon said on Wednesday she will push for another referendum for Scottish independence if her party is voted back into power in the upcoming elections. Read more.

Irish PM: ‘Useful’ for NI to also have mandatory quarantining. It would be useful for Northern Ireland to adopt the same mandatory hotel quarantining rule as the Republic, Irish Prime Minister Micheal Martin told MPs in parliament on Wednesday. Read more.

‘There is little left we can do’, says Estonia’s COVID-ridden PM. Speaking from her sickbed, Prime Minister Kaja Kallas admitted in an interview with ERR news on Wednesday, that everything possible to stop the coronavirus spread in Estonia has been done, and that all that is left to be done is to see whether more vaccines and restrictions will have their effect. Read more.

Spain pins hopes on EU ‘health pass’ as silver bullet to save summer season. Spain is pinning its hopes on the ‘health pass’ approved by the EU and on vaccines to save the new summer season, after the country’s hotel, restaurant and cafes sector, commonly known as HORECA, experienced a catastrophic 2020. Read the full story

Greece marks 200 years of independence. Greece is celebrating on Thursday the 200th anniversary of the Greek Revolution (1821) against the Ottoman Turkish rule. Read more on EURACTIV’s partner Athens-Macedonian News Agency.

Belarus takes ethnic Poles ‘hostage’, Polish PM says. Polish Prime Minister Mateusz Morawiecki has called on Belarusian authorities to stop harassing Poles living in the country after a minority activist was sentenced to 15 days in jail earlier this week. The issue will be raised at today’s EU summit, the Polish PM said. Read the full story.

Czechia secures more COVID-19 vaccines, health minister confirms. Health Minister Jan Blatný assured the public on Wednesday that the country will have a sufficient amount of COVID-19 vaccines after it was recently reported that the Czech government only ordered 80% of EU-allocated doses. Read more.

Slovakia aims to renovate 40,000 homes in recovery plan. The Slovak national recovery and resilience plan will direct investments worth half a billion euros into the renovation of 40,000 detached houses to ensure the recovery plan is “closer to the people”, announced Environment Minister Ján Budaj (Ordinary People and Independent Personalities). Read more

Hungary reaches highest daily deaths per capita in EU. Hungary is currently in first place in the seven-day rolling average of daily new confirmed deaths from COVID-19 per capita in the EU-27 with 21.84 deaths per million people, having overtaken Czechia on Sunday (March 21), according to the Our World in Data website’s latest available figures, Telex reported. The troubling trend so far does not show signs of subsiding. Hungary, with a population of 10 million, registered 7,587 new cases and 249 deaths on Wednesday (24 March), with 11,805 patients being treated in hospitals.

Bulgaria says Russian spies didn’t cause serious damage. The Russian spy network operating in Sofia, which Bulgarian authorities broke up last week, has failed to cause serious damage to the security of the Balkan country and its NATO allies, Deputy Prime Minister and Defence Minister Krassimir Karakachanov announced in an interview with bTV on Wednesday, adding that “everyone who has spied for a foreign country should be punished.” Read more.

President Klaus Iohannis – who often announced possible restrictions before they were eventually adopted by the government – said more measures would have to be taken to reduce the gathering of crowds. Regarding Bucharest, Iohannis said no lockdown would have to be adopted, though additional restrictions should likely be enforced. (Bogdan Neagu | EURACTIV.ro)

Attitude towards media main stumbling block for Slovenia’s governing coalition. Slovenian opposition groups LMŠ, SD, Left and SAB submitted a motion in parliament, calling for the questioning of Culture Minister Vasko Simoniti, criticising him for his inaction during the pandemic, his attitude towards the media, as well as the general deterioration of the cultural landscape. Read more.

Sarajevo candidate withdraws from mayoral race. Bogić Bogićević, a prominent Bosnian wartime politician, withdrew his candidacy for mayor of Sarajevo in a letter to Social Democratic Party (SDP) leader Nermin Nikšić after a Sarajevo City Council session on Wednesday stating he did not want inter-party relations to be disturbed because of him, nor did he want his name to be used in inappropriate political and election games. (Željko Trkanjec | EURACTIV.hr)

Offshore oil exploration in Montenegro begins. The Italian and Russian Eni-Novatek consortium will start exploratory drilling for oil off the Montenegrin coast on Thursday, the country’s ministry of capital investments has told CdM. Read more.

Receive The Capitals in your inbox, every day: