Finland: A happy but dangerous country for women 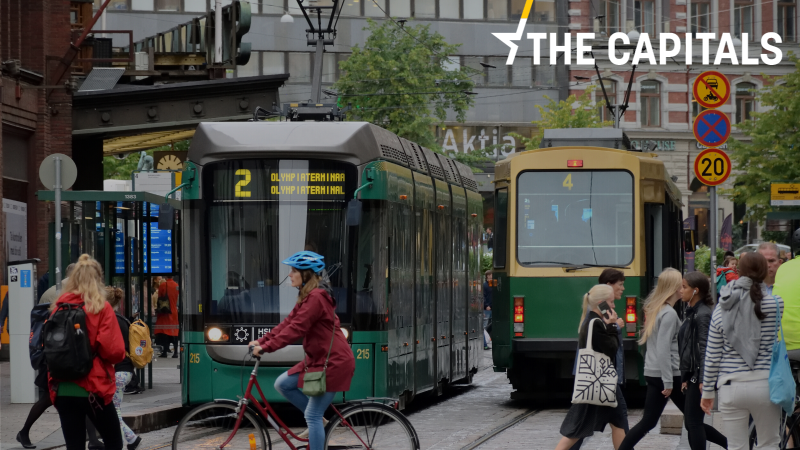 Every other woman in Finland has experienced physical or sexual violence after the age of fifteen. [Shutterstock]

Before you start reading today’s edition of the Capitals, we invite you to read about the recent developments in Davos, reported by Jorge Valero and Beatriz Rios.

Also, feel free to have a look at the article on how the “Luanda Leaks” have affected Portugal written by EURACTIV’s partner Lusa.pt.

In addition, is Di Maio stepping down? See below Gerardo Fortuna’s information.

HELSINKI. Every other woman in Finland has experienced physical or sexual violence after the age of fifteen, according to new research coming out of Tampere University. EURACTIV’s Pekka Vänttinen looks into the dissertation’s findings.

‘Coal Commission’ slams coal phase-out government plan. Eight of the 28 members of the former ‘Coal Commission’ condemned the government’s proposed timeline for its coal phase-out, announced last week. The experts and environmentalists criticised the government for having “clearly and very unilaterally left the compromise of the coal commission”, and for proposing a transition plan that is both harmful to the environment and too expensive. (Sarah Lawton | EURACTIV.de)

Austria blocks German financial transaction tax in ECOFIN. The proposal tabled by Germany’s finance minister Olaf Scholz (SPD) is unacceptable in its current form, said Austrian counterpart Gernot Blümel (ÖVP) in his first ECOFIN council. He claimed that the current proposal would not fulfil the original purpose of a financial transaction tax, which is to punish speculators for high-risk gambling with national currencies and would hurt small investors.

Could Austria be successful in bringing down the German proposal? EURACTIV Germany’s Philipp Grüll investigates.

Tax truce. After a trade dispute that has lasted for weeks, Paris and Washington have come to a temporary ‘truce’ to avoid new tariffs after French President Emmanuel Macron and US President Donald Trump spoke over the phone on Sunday evening.  France has agreed to put its digital tax on hold for 2020, to give negotiations a chance to succeed. At the same time, the US  said it wouldn’t apply commercial sanctions on French manufactured goods. (EURACTIV.fr) Read more: “We will ‘react as one’, EU tells US over French digital tax dispute“.

Both sides needed. “We need the greatest possible support in the north and south of the country, and the easiest will be to bring together the two largest parties (Socialist PS and Flemish nationalist N-VA),” Conservative CD&V group leader in the Belgian Parliament, Servais Verherstraeten told VRT. With that the Christian Democrats still believes that the future Belgian federal government must have a majority on both the French and Flemish side. Alexandra Brzozowski | EURACTIV.com)

Agriculture Vs Housing. Irish political parties have been jockeying for votes in the latest round of campaigning, with Fine Gael and Fianna Fáil focusing on agriculture and housing, respectively. EURACTIV’s Samuel Stolton provides you with a rundown of events.

Di Maio to step down? Yesterday night, rumours suggested that the chief of the anti-establishment Five Star Movement, Luigi Di Maio, might resign from the leadership of the party. Di Maio has summoned other Five Star ministers tomorrow for a meeting, in which he is expected to announce his resignation as party leader. Although these rumours had not been confirmed by his inner circle, such a scenario would cause the party turmoil just five days before a crucial regional election in Emilia-Romagna. (Gerardo Fortuna | EURACTIV.com)

Spain declares ‘climate emergency’. Spain’s government declared a “climate and environmental” emergency yesterday (21 January) and has committed to taking “urgent actions” in its first 100 days in office, EURACTIV’s partner EFE reported. But what exactly does the Spanish government plan to do?

‘Luanda Leaks’ hit Portugal. The release on Sunday afternoon of details of the investigation into the companies of Isabel dos Santos, known as ‘Luanda Leaks’, has dominated the media in Portugal, not only because of the country’s historical links with Angola but also because of the investments dos Santos has made in Portugal, especially in the energy, banking and telecommunications sectors.

A letter of US support. US Secretary of State Mike Pompeo expressed his country’s full support for Greece in a letter to Greek PM Kyriakos Mitsotakis, released yesterday by the Greek government.

Nuclear energy for 2050. “Without the use of nuclear energy, Europe will not be able to achieve its objective of climate neutrality by 2050,” Hungary’s foreign minister Péter Szijjártó told the 6th Central and Eastern Europe Nuclear Industry Congress in Prague. He added that the EU needs to stop discriminating nuclear energy and promote it instead because nuclear power plants can produce electricity in a safe, “green”, cheap and predictable way in the long-term.

In other news, Hungary is interested in purchasing natural gas from Turkmenistan, said the state secretary at the foreign ministry, Tamás Menczer, after a session of the Hungary-Turkmenistan intergovernmental economic committee in Budapest. While half of Hungary’s energy mix comes from nuclear, it imports around 90% of its oil and natural gas, almost all of it from Russia. (Željko Trkanjec | EURACTIV.hr)

Kočner was the mastermind behind Kuciak´s killing, says a colleague. “Ján Kuciak was a significant threat to his impunity and his business activities,” a colleague of the murdered journalist said about Marian Kočner, the alleged mastermind behind the killing, during testimony before the court. “I am 100% sure Marian Kočner ordered the murder,” the colleague added. (Zuzana Gabrižová | EURACTIV.sk)

In other news, former general prosecutor Dobroslav Trnka was released from custody a few days ago. On Tuesday, the charges against him that led to his apprehension were also dropped. President Zuzana Čaputová has requested a meeting with the current general prosecutor and police president to inquire about the case. Trnka still faces charges in a separate case. (Zuzana Gabrižová | EURACTIV.sk)

Trade war due to digital tax? According to EURACTIV.cz’s partner, Hospodářské noviny, the US has threatened the Czech Republic with tariffs on Czech goods in the event that parliament adopts a 7% digital tax on Google, Facebook and other giants. EURACTIV.cz’s Aneta Zachová has more.

Poland vs Putin. Poland has claimed that it is winning the “war on history” against Russia and its president Vladimir Putin, as the Polish Ministry of foreign affairs has warned Putin not to “use the memory of the victims of the Holocaust for current political games”. At the same time, Polish authorities are said to be forming a crisis room in preparation for Putin’s speech in Israel in a week, where he is expected to propound his Russian vision of WWII. (Łukasz Gadzała | EURACTIV.pl)

White Paper on Defence. Slovenia’s defence ministry presented the White Paper on Defence, which not only aims to gradually increase the number of Slovenian army members to 8,000 with an additional 2,000 contract reserve members by 2035, but it also intends to raise defence spending to 2% (now 1.01%) of its GDP. Pundits did not welcome the white paper, saying its goal of increasing troops was over-ambitious and lacked focus on technological development. (Željko Trkanjec | EURACTIV.hr)

Romania could finally have new chief prosecutors. Romanian Justice Minister Catalin Predoiu announced his proposed picks for chief prosecutors of the Anticorruption Directorate (DNA), the Directorate for Combatting Organised Crime and Terrorism (DIICOT) and the General Prosecutor Office, three institutions which had been led on an interim basis for months. These picks will now have to be analysed by the Superior Council of Magistracy, then validated by President Klaus Iohannis. (EURACTIV.ro)

In other news, Croatia steps up its veterinary inspections because of bird flu. After Poland, Slovakia, Hungary and Romania reported cases of H5N8 influenza, Croatia has upped its controls. Although just close to one-fifth of infected meat from Hungary was found and destroyed, authorities claimed it is not perilous for consumers. (Željko Trkanjec | EURACTIV.hr)

Serbia’s procurement of weapons is the biggest complaint in Davos. Yesterday, Serbian President Aleksandar Vučić said that the biggest complaint he heard in Davos was about Serbia’s procurement of weapons from Russia, to which he replied, “quite strongly and convincingly”, that they were for the country’s defence and that Serbia could even afford to buy Russia’s cutting edge S-300 and S-400 systems but had refrained.

What exactly did the Serbian president say? EURACTIV Serbia reports.

Foreign trade deficit over €4 billion in 2019. Bosnia’s foreign trade deficit reached between 8 billion and six million Bosnian marks (the equivalent of some €4 billion), and the import-export coverage stood at 58.9% at the end of 2019, the state Statistics Agency published. The country’s total exports reached some €5.8 billion, which is 3.4% less than in 2018, and imports reached some €9.9 billion, representing an increase of 1.2%. Key trade partners are Germany, Italy and Croatia and Serbia. (Željko Trkanjec | EURACTIV.hr)