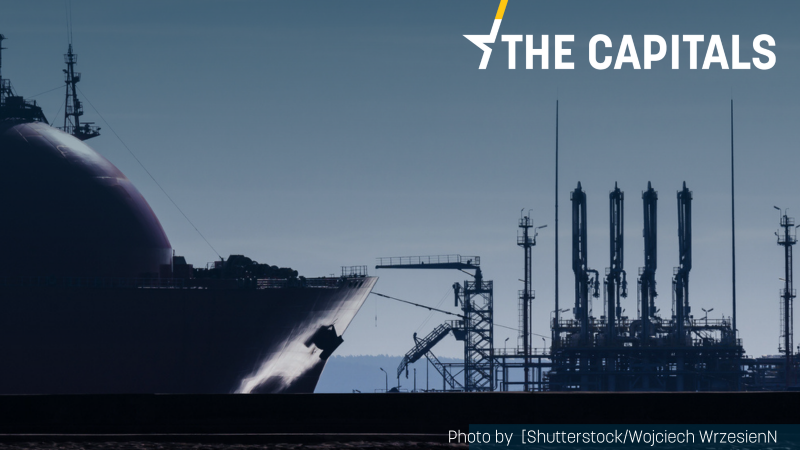 Before you start reading today’s edition of the Capitals, feel free to have a look at the article US open to Western Sahara options as Morocco steps up lobbying effort, by Eleonora Vasquez.

The European Commission’s proposal on Corporate Sustainability Due Diligence misses the opportunity to require businesses to respect human rights & the environment across their value chains and improve the livelihoods of smallholder farmers, workers & miners. Here is how they can fix it:

Finland and Estonia have made a joint decision to lease a large LNG terminal ship in their pursuit of ending the use of Russian gas.

The project announced on 7 April is apparently underway, though few details or specifics have been made public at this stage. Read more.

Macron and Le Pen exchange barbs over Russia. The two presidential candidates confronted each other on the topic of Russian sanctions, while the incumbent President Emmanuel Macron called Marine Le Pen out on her financial dependence on Moscow. Read more.

Netherlands, Germany to begin drilling for natural gas in Wadden Islands. Germany will work with the Dutch exploration and production company, ONE-Dyas, to operate a gas field in the North Sea above Schiermonnikoog and the German Wadden island of Borkum, Dutch broadcaster NOS reported on Wednesday. Read more.

Delivery of heavy weapons no longer ‘taboo’, foreign minister says. With German Chancellor Olaf Scholz increasingly caught in a crossfire over his hesitancy to assist Ukraine, Foreign Minister Annalena Baerbock stressed on Wednesday that the delivery of heavy weaponry would be on the table but that the weak condition of the Bundeswehr would not allow for immediate shipments. Read more.

Austrian schools to scrap compulsory masks. Face masks will no longer have to be worn in schools from next week in Austria, Education Minister Martin Polascheck from the conservative ÖVP confirmed on Wednesday. Read more.

Swedish lawmakers row over pensions. The Swedish government’s flagship reform in the country’s spring budget, which promises a hefty boost for the country’s pensioners ahead of the autumn elections, could be derailed by the opposition. Read more.

Denmark to seek Rwanda cash-for-migrants pact following UK lead. Denmark is seeking its own cash-for-migrants agreement with Rwanda a week after the UK signed its own asylum pact with the East African country. Read more.

Espionage scandal poisons relations between Spain and Catalonia. Spain’s secret services fully comply with the relevant legislation, defence minister Margarita Robles said after it was revealed by Citizen Lab that dozens of pro-independence Catalan politicians had been targeted with the NSO Group’s Pegasus spyware between 2015 and 2020. Read more.

Greece increases minimum wage amid soaring prices. Greece’s conservative New Democracy government has decided to increase the minimum wage to €713 before taxes from €663. However, opposition and labour unions said it was “peanuts” unable to cover rising prices. Read more.

Costa rules out compulsory military service. Prime Minister António Costa on Wednesday ruled out the possibility of mandatory military service making a comeback, adding that Ukraine must deepen its association agreement with the EU. Read more.

Diesel production in Sines at risk due to Russian invasion. Diesel production at Galp’s refinery in Sines could be affected in May if alternatives are not found to ensure the supply of vacuum gas oil the company used to buy from Russia, Andy Brown, the refinery’s chief executive, said on Wednesday. Read more.

Hungarians support reducing Russian gas use but want to avoid war. Over three-quarters of Hungarians want local energy production and zero dependence on Russian gas but want to remain firmly out of the war, according to polls published on Wednesday, Telex reported. Read more.

Agriculture minister resigns over hotel bill. Slovenian agriculture minister Jože Podgoršek resigned just four days before the general election after he became the target of media scrutiny over a bill for a weekend stay in an upmarket hotel. Read more.