Finland denied China an airbase in the Arctic 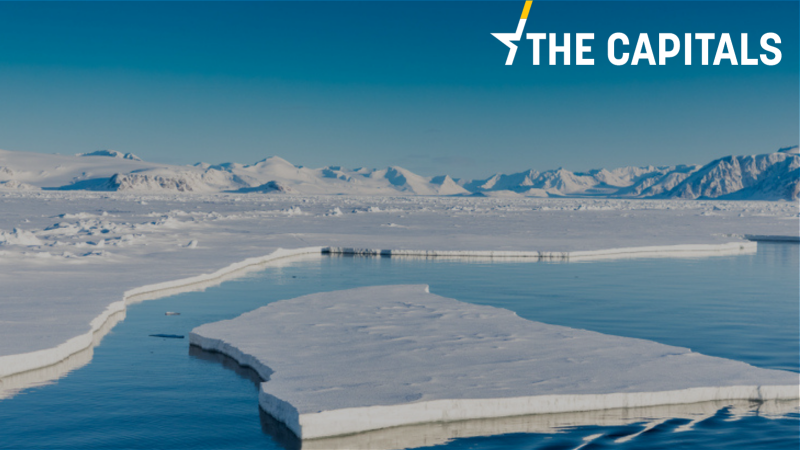 The city of Kemijärvi in Finnish Lapland turned down an offer made in January 2018 by China’s state-funded Polar Research Institute to buy or lease the city’s airport, after it informed the Finnish Armed Forces. [Shutterstock/ Risto Raunio]

Before you start reading today’s edition of the Capitals, feel free to have a look at the article “Beyond Farm to Fork: the ‘agricultural’ side of EU’s biodiversity strategy“, by Gerardo Fortuna.

The city of Kemijärvi in Finnish Lapland turned down an offer made in January 2018 by China’s state-funded Polar Research Institute to buy or lease the city’s airport, after it informed the Finnish Armed Forces. But the matter is only now being made public. Read more.

Future of Europe project set for launch in May after lawmakers give green light. The European Parliament’s leaders endorsed on Thursday (4 March) the blueprint for the much anticipated Conference on the Future of Europe, a day after national governments also backed it. The Conference, which aims to reform the European Union and bring it “closer” to its citizens, is set to start its work on 9 May, Europe Day. Read the full story.

The newspaper reported on Thursday that the Permanent Vaccine Commission’s (STIKO) recommendation had already been written, but was still being discussed internally before being made public. (Alexandra Brzozowski, EURACTIV.com)

Belgium justifies travel ban to European Commission. The Belgian ban on non-essential travel is proportional and will remain in force until 1 April, the Belgian government responded to the European Commission’s letter, in which the EU executive stated that “no reason” was given for the extension. Read more.

In other news, Belgium’s Consultation Committee meets on Friday to discuss an “open-air plan” for outdoor activities and the possibility of gathering outdoors with more than 4 people.

Her nomination has reignited old accusations of her close ties to Russia during her time as foreign minister. In 2018, Kneissl made international headlines by inviting Russian President Vladimir Putin to her wedding, while the EU was debating sanctions against Russia over its actions in Ukraine. (Philipp Grüll | EURACTIV.de)

Israel, Denmark, Austria agree deal for vaccine development. Leaders from Israel, Austria and Denmark announced Thursday in Jerusalem an alliance for the development and production of future generation coronavirus vaccines, a deal that has already sparked criticism in Europe. Read more.

EU ‘simply cannot trust’ UK after latest NI protocol breach, says Irish FM. The EU “simply cannot trust” the UK after its latest breach of the Northern Ireland protocol, Irish Foreign Minister Simon Coveney told RTE Radio 1 in reference to the UK extending the grace period for stricter border checks on the Irish Sea to October, instead of implementing them this month as agreed. Read more.

EU opens legal action over Irish Sea border checks. The EU will soon start legal action against the UK over its move to unilaterally extend grace periods on Irish Sea border checks earlier this week. European Commission Vice President Maroš Šefčovič told the Financial Times on Thursday that “infringement proceedings” are being prepared. The Commission could either start a case to take to the European Court of Justice or open arbitration proceedings against the UK.

In their own sign of protest, the European Parliament’s political group leaders on Thursday declined to set a date for when it will ratify the Trade and Cooperation Agreement between the UK and EU. The deal has been provisionally ratified by the EU, allowing it to enter into force on 1 January, but still requires formal approval by EU lawmakers. (Benjamin Fox | EURACTIV.com)

Italy denies authorisation to ship AstraZeneca shots to Australia. After having informed the European Commission and received its go-ahead, Italy blocked a shipment of 250,000 doses of AstraZeneca’s COVID-19 vaccine directed to Australia. Read the full story.

In other news, the leader of the centre-left Democratic Party (PD), Nicola Zingaretti, announced his resignation on Thursday on Facebook, accusing the party of only discussing positions and leadership, when “the third COVID-19 wave is exploding” in Italy.

“There is the problem of employment, and the need to rebuild hope especially for the new generations,” he added. Zingaretti had long been criticised by other party members, particularly for choosing to continue a political alliance with Italy’s anti-establishment Five-star movement.(Daniele Lettig | EURACTIV.it)

Cyprus to let in Brits with COVID vaccine from May 1. Cyprus will allow British tourists who have been fully vaccinated against COVID-19 into the country without restrictions from May 1, its tourism minister said on Thursday (4 March). More

Babis does not know how pandemic will play out. Speaking in front of the parliament’s lower house on Thursday, Czech Prime Minister Andrej Babiš said he does not know what is going to happen after three weeks of the toughest COVID-19 restrictions the Czech Republic has seen so far. Read more.

Polish PM establishes Council of Political Advisors. Prime Minister Mateusz Morawiecki has created a council to develop analysis and expert opinions on the political and economic situation in Poland, and to act as an advisory board on political affairs. Read more.

In other news, on the one-year anniversary of the appearance of the coronavirus in Hungary on Thursday, the number of new COVID-19 infections and related deaths has considerably increased.

Thursday’s infection figures reached a number not seen since December, as 6,278 new registered cases were recorded. “The number of patients in need of a ventilator is rising tremendously and the age is also shifting younger. There are many in their forties who have a sudden deterioration in their condition,”  Hungary’s chief medical officer Cecília Müller said. (Vlagyiszlav Makszimov | EURACTIV.com with Telex)

Hungary brings coal exit forward by five years, to 2025. The country’s last coal power plant will be shut down in 2025 instead of 2030, Hungary’s secretary of state for EU affairs announced earlier this week. More

Slovak PM apologises for ‘inappropriate’ Ukraine-Russia joke. Prime Minister Igor Matovič managed to offend Ukraine after his recent radio appearance to discuss the current government crisis in Slovakia, where he made an ‘inappropriate’ joke about exchanging Ukrainian territory for Russian vaccines. Read more.

Bulgaria to impose local COVID-19 restrictions. Bulgaria will not impose a national lockdown despite the sharp increase in the number of people infected with the coronavirus. Read more.

The increase is a result of the response to the crisis caused by the COVID-19 pandemic, which reduced a large number of economic activities and budget revenues while the state stepped in to prop up the economy, analysts from the RBA bank said. The analysts also expect the debt-to-GDP ratio in 2021 to fall below 85%, provided that economic recovery forecasts for 2021 are borne out.

In other news, women’s rights organisation B.a.B.e. has launched its “SURF and SOUND” project aimed at combating online violence against women. “Every fifth young woman aged between 18 and 29 suffers sexual harassment online and a vast majority of them suffer sexual and physical violence by an intimate partner,” B.a.B.e. said in a press release.  (Željko Trkanjec | EURACTIV.hr)

Subotica initiative to have Bunjevci as official language ‘not good for neighbourly relations’. The city council of Subotica, a city in northern Serbia and close to Hungary, decided on Thursday to amend the City Statute to allow for the introduction of the Bunjevci as the fourth official language, along with Serbian, Hungarian and Croatia. Read more.

Slovenia reopens schools after facing public pressure. Secondary school students in Slovenia will return to their classrooms on Monday after not attending in-person classes for months, while teachers and kindergarten teachers will be inoculated against the virus ‘en masse’, the government said on Thursday after sustained public pressure, and warnings of adverse effects on young people missing out on school.

Secondary school students will attend in-person classes every other week while primary school kids will attend classes every working day, with sixth to ninth graders wearing a mask at school. Until now, only secondary school seniors attended classes on location in preparation for state exams. At the same time, mass-scale vaccination of teachers in kindergartens and schools will kick off on Monday, starting with those aged 50 and above, the government said. (Željko Trkanjec | EURACTIV.hr)

Consultations with BiH’s Presidency members. Germany’s new candidate for the international community’s High Representative (HR) to BiH, Christian Schmidt, has held separate talks on the situation in the country with its three-member Presidency. Read more.

NATO states invest €230 million. Montenegro saw an inflow of €663 million in foreign direct investments and an outflow of €195.5 million last year despite the coronavirus pandemic. While NATO states invested the most in Montenegro with €230 million, Russia ranked highest as an individual country with €99 million investment, followed by China with €71 million, and Switzerland with €63 million.

In other news, the first cow paid for with bitcoin was sold via the digital platform Seljak.me (farmer). “The first cow bought with bitcoin, which we symbolically called Bitcoin, was paid in the amount of about 0.03 bitcoin, which is approximately the equivalent of €1,350,” said Seljak.me founder Marko Maras. The cow’s new owner, Andjela Bojić, said that “as a young person who is actively involved in agriculture through family production and current work, I believe that the future of agriculture lies in a healthy combination of agriculture and technology.” She hopes this will encourage young people and farmers to use modern technologies in agriculture. (Željko Trkanjec | EURACTIV.hr)

Vetëvendosje will have 58 of 120 seats in parliament. Vetëvendosje, a party led by Albin Kurti, won 49.95% of votes in Kosovo’s parliamentary elections held on 14 February, the largest share in Kosovo electoral history, the Central Election Commission has announced. Read more.