Sanna Marin at a Council ministerial during her stint as transport minister. [Photo: European Council]

Marin takes over from Antti Rinne, who resigned last Tuesday (3 December) after members of his five-party-strong coalition lost confidence in his leadership. The new prime minister will take office later this week.

The 34-year-old will be Finland’s youngest ever leader and only its third female PM, after she beat out the head of the socialists’ parliamentary group, Antti Lindtman, for the position during yesterday’s vote.

She could lose that title before the end of the year though, as ongoing coalition-building talks could return 33-year-old Sebastian Kurz to power.

Marin’s appointment means that all of the ruling coalition’s leaders are women, given that the heads of the Left Alliance, Center Party, Green League and Swedish People’s Party are all female. Three of those are also in their thirties.

“We have a lot of work ahead to rebuild trust,” Marin said after her victory was confirmed. The most pressing item on her agenda will be ongoing strike action, expected to hit some of Finland’s biggest companies from today onwards.

Her rise to power actually came after Rinne was criticised for his handling of a postal strike that lasted two weeks in November and which spread to other companies, including the national airline, Finnair. 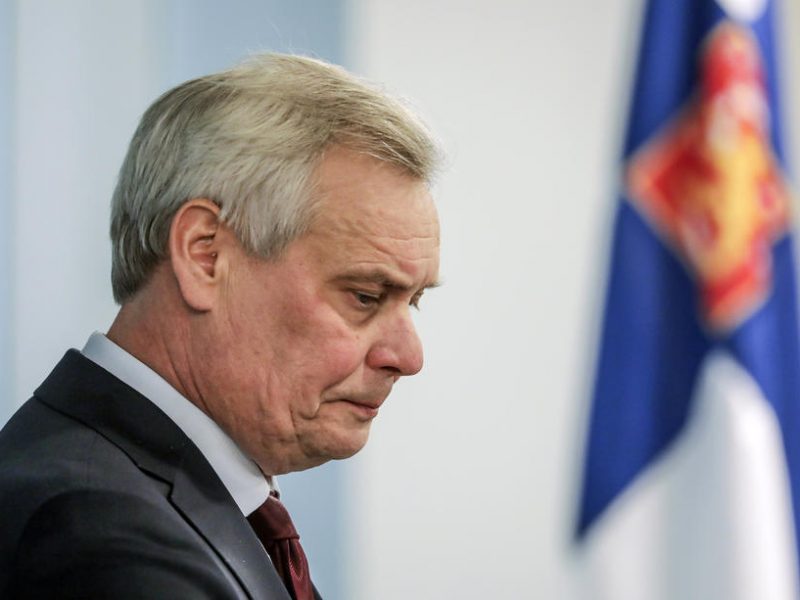 Finnish Prime Minister Antti Rinne resigned on Tuesday (3 December) after his handling of a postal strike soured relations between him and a member party of the ruling coalition.

Later in the week, she will attend an EU leaders’ summit in Brussels. Finland currently chairs the rotating presidency of the EU Council of Ministers, the institution representing the 28 EU member states.

Although gender equality appears to be gaining momentum at the top levels of Finnish politics, the same cannot be said of the Council.

Marin adds her name to a short list of female European leaders, which currently is made up of Austria’s Brigitte Bierlein, Belgium’s acting-PM Sophie Wilmès, Denmark’s Mette Frederiksen and Germany’s Angela Merkel.

Top of the final leaders meeting of the year is the EU’s long-term decarbonisation strategy for 2050, which aims to reach net-zero emissions by mid-century. The European Commission is seeking unanimous approval from the 28  EU member states on the 2050 target before tabling a much-awaited “Climate Law” that will carve the net-zero objective into stone.

Marin is a firm advocate of green policies, as is Finland, which has pledged to go carbon-neutral ahead of schedule, by 2035.