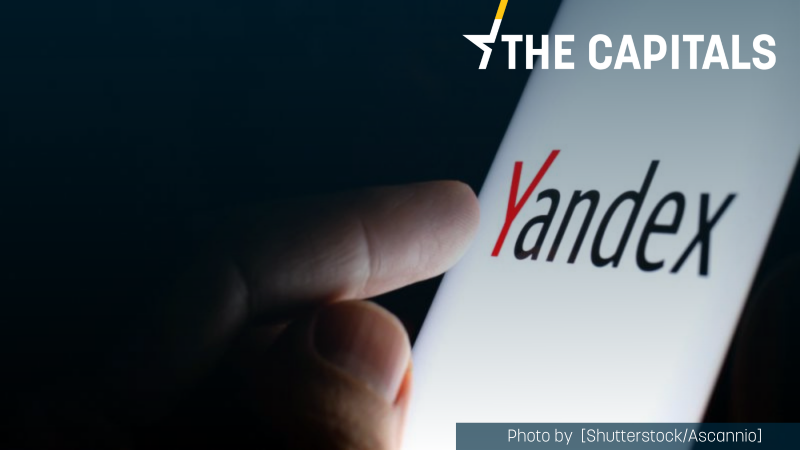 The data centre, which has been operational since 2015, is located in the town of Mäntsälä, some 50 kilometres north of Helsinki. It is the only one located in the west, as the others are situated in Russia. Since 2015, its waste heat contributed to around 75% of the area’s district heating. [Shutterstock/Ascannio]

Before you start reading today’s edition of the Capitals, feel free to have a look at the article “Dispatches from Kyiv’s liberated outskirts: Picking up the pieces after Russian occupation” by Alexandra Brzozowski who reports from Kyiv.

Love or loathe him; Boris Johnson is a lucky politician. Just as months of scandals about lockdown parties were threatening to overwhelm him, the war in Ukraine made people forget about them. In last week’s municipal elections across the UK, Johnson’s Conservatives were beaten and bruised but not thrashed. He lives to fight another day and, quite possibly, another election. Read more.

Goodbye CoFoE
Today marks the end of the Conference on the Future of Europe. Over five months citizens have been contributing with their ideas to shape Europe. Check out our coverage in the Future EU section.

Finnish electricity companies are refusing to sign electricity contracts with Russian search engine Yandex, which has a data centre near Helsinki, due to suspicions it may be distributing war propaganda. Read more.

MEPs ask that frozen Russian billions be used to rebuild and arm Ukraine. Seventy-three MEPs have called for $300 billion in seized Russian funds and assets to fund the Ukrainian military and the country’s reconstruction in a letter sent to EU chief diplomat Josep Borrell. Read more.

Germany calls for Western Balkan enlargement, abolition of unanimity. Germany wants to use the Conference on the Future of Europe as a starting point to develop the EU further, possibly change treaties, and abolish unanimity decision-making for EU foreign policy matters, Germany’s Minister of State for Europe and Climate Anna Lührmann told EURACTIV in an interview. Read more.

​​Scholz’s SPD suffers crushing defeat in state election. The Social Democrats came third in the state election of Schleswig Holstein, behind the Greens and the night’s big winner, the conservative CDU, logging their worst election result in the state since the end of World War II. Read more.

Macron sworn in for second presidential term. Re-elected President Emmanuel Macron was sworn in at the official inauguration ceremony at the Élysée Palace on Saturday (7 May), with 450 guests, including members of his government and former presidents Nicolas Sarkozy and François Hollande, in attendance. Read more.

Austrian defence minister accused of causing ‘chaos’ urged to resign. Austria’s armed forces’ union is calling for Defence Minister Klaudia Tanner to be ousted, claiming she has rendered the armed forces leaderless since 1 May. Read more.

Swedish opposition parties cry wolf in defiance of EU. Most lawmakers in the Riksdag want to reduce the number of wolves in Sweden by nearly half, even if this means they have to defy the EU. Read more.

Germany may supply weapons to Ukraine via Czechia, Slovakia. Berlin is working with Bratislava and Prague on agreements to unlock further tank and heavy weapons supplies to Ukraine as both countries negotiate a “chain swap” to replace weapons and tanks Czechia and Slovakia are sending to Ukraine. Read more.

Hungary’s anti-EU Party re-branded as ‘Huxit party’. Far-right politician János Volner has announced that his personal party will be renamed as Huxit party to represent those who want Hungary to leave the European Union, Telex reported on Sunday. Read more.

Bulgaria threatens to veto EU oil ban on Russia unless it gets derogation. Bulgaria has threatened not to support European Union’s new set of sanctions against Russia if the Balkan country does not get a derogation from the proposed ban on buying Russian oil, Deputy Prime Minister Assen Vassilev said late on Sunday. Read more.

Croatian prime minister supports Ukraine’s EU bid. Croatia supports Ukraine’s application to join the European Union, said Prime Minister Andrej Plenković on Sunday as he met Ukrainian President Volodymyr Zelenskyy and other officials in Kyiv in a show of support, marking a stark contrast to President Zoran Milanović, who has been disparaging Ukraine ever since the Russian invasion started. Read more.

New Slovenian parliament to open. President Borut Pahor has formally called the maiden session of the new National Assembly for 13 May after receiving a report on the official results of the 24 April general election, paving the way for an early-July formation of the new government. Read more.

Serbia threatens Kosovo over Council of Europe membership bid. Serbian President Aleksandar Vučić has threatened to deploy a ‘strong and serious’ response if Kosovo moves forward with its application to the Council of Europe. Read more.