First local lockdowns in Europe due to new COVID-19 cases 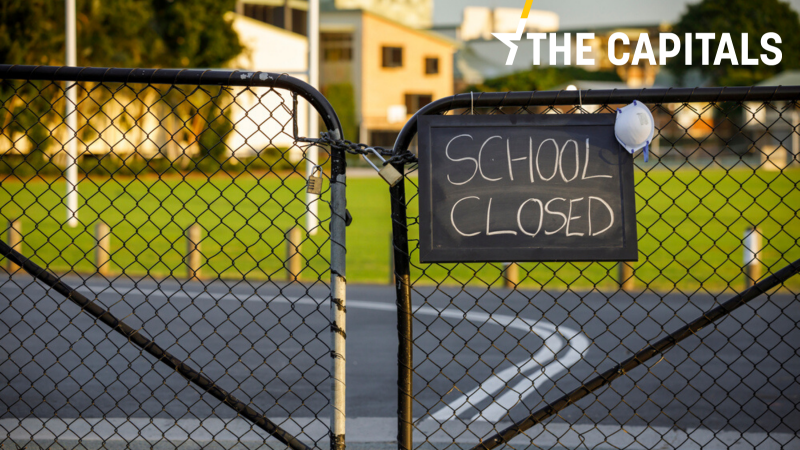 A number of towns across Europe have imposed local lockdowns due to the surge of new COVID-19 cases. [Shutterstock / Zorro Stock Images]

Before you start reading today’s edition of the Capitals, feel free to have a look at the article “LEAKED: Europe’s draft hydrogen strategy“, by Frédéric Simon.

Also read the story “Borissov fends off ‘kompromats’, says he will sleep with a gun“, by Georgi Gotev.

Now that many European countries have started lifting lockdown measures and opening borders, make sure you stay up to date with EURACTIV’s comprehensive overview, which is regularly updated with the help of our network of offices and media partners. Also, check our country update pages, such as the one for Portugal and the Czech Republic

A number of towns across Europe have imposed local lockdowns due to the surge of new COVID-19 cases.

In Germany, a spokesperson for the district of Gütersloh in North Rhine-Westphalia announced on Wednesday (17 June) that the district will be closing its schools and daycare centres to slow the spread of coronavirus following a local outbreak, which began in a meat-packing plant. Schools will remain closed until the start of the state’s summer holidays on 29 June.

In northern Greece, all residents of the community of Echinos in Xanthi have been put in strict quarantine for seven days in order to avoid the spread of Covid-19. 73 new cases and 4 deaths have been reported in the region in recent days.

The case has raised eyebrows in the government and could be seen as a test ahead of the tourism season.

In Slovenia, the head of the team advising the health ministry on coronavirus has called for reimposing stringent measures on the borders immediately, after an increase in new infections were registered abroad.

Meanwhile, Bulgaria reported a record high of new COVID-19 cases. The number of confirmed COVID-19 cases reached 3,453 on Wednesday (17 June) after 112 new infections were confirmed in the last 24 hours. At least 35 people in the Shumen district were found to have the coronavirus due to a negligent paramedic. (Krassen Nikolov | EURACTIV.bg)

Clarifications. The press office of Operation Irini has shared with journalists a Q/A regarding the latest developments in the Mediterranean.

Future Generations has reviewed the analyses carried out by the Regional Health Agencies which monitor the quality of tap water. The NGO selected 8,835 analyses “that revealed the presence of at least one pesticide residue beyond the limits of quantification”, out of a total of approximately 273,500 samples.  (EURACTIV.FR)

Belgian parliament approves commission on colonial past. The leaders of the political parties in the Belgian parliament have, with the exception of extreme-right Vlaams Belang, approved a proposal to set up a parliamentary commission to examine Belgium’s colonial past in Congo and the genocide of 10 million people in the former colony. The exact terms and responsibilities as well as the name of the body, meant to start work after summer recess, still needs to be figured out. Some have suggested the process should include a public apology by Belgium’ current King Philippe to the Congolese people. (Alexandra Brzozowski | EURACTIV.com)

Wealth tax to pay Corona-debt again on the table. On Tuesday (16 June), Vice-chancellor Werner Kogler (Greens) said – in reference to taxing the wealthy to help Austria recover from the coronavirus crisis – that “of course there will be a contribution by millionaires”, and that it would be “within this term”.

Back in April, Kogler first proposed a wealth tax but quickly backtracked, as the government focused on passing its emergency measures to cope with the pandemic. (Philipp Grüll | EURACTIV.de)

Wolves are making headlines – again. Finland’s wolf population is expanding according to researchers. The growth has been significant particularly in the western regions where there are said to be 25% more packs than last year. EURACTIV’s Pekka Vänttinen reports.

“The positions of the member states are still distant on several points despite the progress of recent months”, Conte told the Lower House, calling for a “spirit of cohesion” at the national level. EURACTIV Italy’s Valentina Iorio digs deeper.

Calviño, who, this week, received the support of Prime Minister Pedro Sánchez in her race to become chair of the Eurogroup, answered questions from MPs on the economic crisis caused by the COVID-19 pandemic. EURACTIV’s partner EFE takes a closer look.

A supplementary state budget for the year. The Portuguese parliament on Wednesday  (17 June) adopted a supplementary state budget for this year to respond to the COVID-19 pandemic. The Portuguese government forecasts that the economy will shrink by 6.9% in 2020 and grow by 4.3% in 2021, and that unemployment will rise to 9.6% this year and fall to 8.7% in 2021.

The budget deficit is expected to reach 6.3% of Gross Domestic Product (GDP) in 2020 and public debt hit 134.4%. In its initial state budget, Portugal expected a budget surplus, yet Finance Minister João Leão has assured that there will be no tax increases to respond to the crisis.

In other news, the government defended an amendment to the law to avoid “commercialising” Portuguese into a “nationality of convenience” for the descendants of Sephardic Jews expelled in the 16th century.

A law approved in 2015 allowed the “historical reparation” for the descendants of the Sephardic Jews expelled in 1492. Meanwhile, Portugal received 52,440 applications for nationality since 2015 from Sephardic descendants, 25,199 applied in 2019.

In other news, Polish President Andrzej Duda will visit the White House on 24 June, four days ahead of the presidential elections. Why is he travelling when other candidates prefer to be in Poland to meet the voters? Read more.

Fine for multiple EP election votes. Multiple voting in the European Parliament elections will be classified as a misdemeanour and fined by up to 10,000 crowns (€380) under an amendment to the law on the European Parliament elections that President Milos Zeman signed into law yesterday, Czech News Agency confirmed. The amendment takes effect as of next year.

According to the interior ministry, people with dual citizenship of EU member states could cast their vote twice in the European elections as they are automatically registered to vote in the list of voters in both member states.(Ondřej Plevák | EURACTIV.cz)

Golden reserves. The former head of the State Material Reserves, Kajetán Kičura – currently in police custody – has held gold bricks worth about €500,000 in his safe deposit locker, according to Aktuality.sk.

Kičura has been charged with corruption. He also oversaw dubious public procurement of protective medical equipment at the start of the pandemic. (Zuzana Gabrižová | EURACTIV.sk)

Google Romania fined for discrimination. The National Council for Combating Discrimination (CNCD) decided to fine Google Romania with 10,000 lei (€2,000), after, in May, the tag on Google Maps for the location of the People’s Salvation Cathedral was changed to “People’s Fooling Cathedral.”

A member of the Council said the fine was more for “inaction,” as the company supposedly knew about the change, but “it did not put out information.” Bogdan Neagu has more.

What does Romania want from the EU summit. Romania aims to get a significantly higher allocation of EU funds in the next programming period, compared with the €45.6 billion it should receive from the 2014-2020 MFF, according to Romanian president Klaus Iohannis. Read more.

Moratorium extension. The European Commission has approved a three-year extension of a moratorium on the sale of Croatian farmland to foreigners, the agriculture ministry said on Wednesday (17 June). The decision prolongs the transitional period during which EU citizens cannot buy farmland in Croatia. Read more.

In other news, Croatian President Zoran Milanovic said that there was no alternative to the EU and that the EU was Croatia’s destiny when addressing the heads of the diplomatic mission on Wednesday (17 June). However, the president still opposed the expansion of the EU’s powers to member states because too strong an embrace can be like a ”boa’s grip’‘. Read more.

Following the bloc’s gradual opening of borders since 5 June, we invite you to have a look into what is happening in Croatia.

In other news, Serbian President Aleksandar Vučić said on Wednesday (17 June) that he didn’t know what topic would be debated at the White House, nor who would join Belgrade’s delegation in Washington. He was, however, adamant about Serbia knowing how to protect its state and national interests. Read more.

“If you are asking whether what may happen in Washington could be something some people would love to write about, I don’t expect anything spectacular. What I expect is a rational conversation. That’s what I expect. Serbia is much too small to give orders to the White House, but it is big enough to list the interests it needs to protect itself,” the president said.

In a comment on Kosovo Prime Minister Avdullah Hoti’s statement that Pristina was requesting the recognition of Kosovo’s independence, Vučić said that if the Kosovo delegates were travelling to Washington with such an agenda, they had better stay home.

Vučić again dismissed allegations by his political opponents that he would recognise Kosovo as independent on the day of Vidovdan, a Serbian national and religious holiday that takes place on 28 June. (EURACTIV.rs  betabriefing.com)

Serbia recognising Kosovo as independent is our goal, says PM. Kosovo Prime Minister Avdullah Hoti said that the main purpose of talks with Belgrade was that Serbia should recognise Kosovo’s independence, the Kosovo online portal reported on 17 June. Read more.