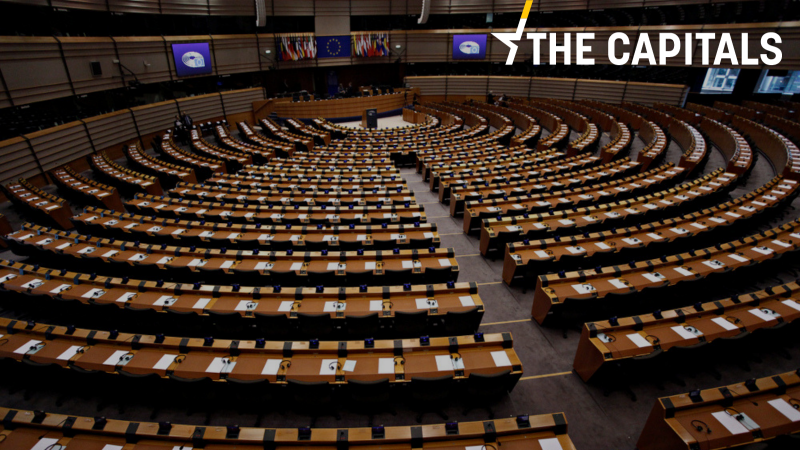 Italy’s Five Star Movement has been in informal talks with three political groups in the European Parliament, EURACTIV has learnt.

The three are: Renew Europe (formerly the Alliance of Liberals and Democrats for EuropeALDE), the Greens, as well as the Confederal Group of the European United Left/Nordic Green Left (GUE/NGL).

Following the formation of a government with the centre-left Partito Democratico, Five Star Movement is now aiming to enhance its presence at the EU level. EURACTIV was informed that there have been informal talks and contacts with all the three groups, but several obstacles lie ahead.

In the case of Renew Europe, it’s not the first time that such talks take place. Guy Verhofstadt’s ALDE group infamously tried to court Five Star in early 2017 but the former Belgian PM’s overtures were not sufficient to convince the rest of ALDE, which nixed the proposed tie-up. Verhofstadt later admitted that approaching Five Star had been “a mistake”.

This time with Renew Europe, 5-star is faced with the strong opposition from the French delegation due to the support 5-Star leader Luigi Di Maio gave to the French “yellow vests” protesters.

A source said 5-Star has recently also contacted GUE-NGL. For the latter, it’d be a chance to increase its power in the EU House after the heavy defeats it suffered in the last EU elections and its underrepresentation in the Parliament’s high posts. “Especially after Die Linke’s losses in the last regional elections in Eastern Germany, the vast majority in GUE-NGL should stand ready to let them in,” the source said.

The same source added that opposition is expected from the “usual persistent objectors”, meaning the far-left groups, mainly from Portugal.

If Brexit eventually happens, Greens are expected to lose members and could, therefore, offset it by accepting the 5-Star team.

But EURACTIV was informed that many Green lawmakers do not view the party’s online platform (Rousseau) positively, saying that the group cannot rely on a decision-making platform managed by a private company.

Meanwhile, Prime Minister-designate Giuseppe Conte has presented a list of suggested ministers to President Sergio Mattarella. Conte’s team is due to sworn into office today, while the vote of confidence will take place on Monday.

The new executive makes a clean break with the previous one, as Italy is switching from the most right-wing government in its history to one of the most left-wing governments it has ever had.

Lords to pass no-deal Brexit bill. A bill aimed at blocking a no-deal Brexit is set to receive Royal Assent on Friday, following late-night talks in the House of Lords. The legislation was backed by MPs in the House of Commons on Wednesday and will force the government to sideline the option of leaving the European Union without a deal.

Rumours had abounded that pro-Brexit peers could try and obstruct proceedings before Parliament is due to be prorogued next week. Peers sat until 1.30am local time, after which an agreement was struck.

“It has been quite a night. It has been a long debate – and I am grateful to the noble Lords who have stayed the course – it shows the importance of the work we do and the issue we are debating,” Baroness Smith, Labour leader in the House of Lords, said.

“I am grateful that we are now able to confirm that we will be able to complete all stages of the bill in a time-honoured way by 5pm Friday.” (Samuel Stolton, EURACTIV.com)

On Wednesday, Sánchez met the president of the Cantabria region (north), Miguel Ángel Revilla, and the leader of the moderate nationalistic party PNV, Andoni Ortuzar. They will most likely back him in a new investiture voting. Meanwhile, other two socialist leaders met with Catalan separatist party ERC’s spokesperson in the national parliament Gabriel Rufián, who voiced his clear support to Sánchez.

According to analysts, Sánchez aims to gain support from nationalist parties in order to convince Podemos that they should now back the agreement with the PSOE. However, Yolanda Díaz, a member of Podemos, on Wednesday insisted on a proper full coalition government, something Sánchez and his party rejected.(EuroEFE.EURACTIV.es)

Die Linke’s self-destruction. The conflict between German far-left charismatic politician Sahra Wagenknecht and the party leadership has escalated following the election debacle on Sunday in Brandenburg and Saxony.

Former party leader Klaus Ernst wrote a letter to all members of the Bundestag of his faction the day before, strongly condemning the clashes. “Reading various commentaries by leading comrades, I get the impression that the urge to self-destruct is greater than the urge to help at least pass the election in Thuringia properly,” writes Ernst. Left-Wing Die Linke, which has historically performed well in eastern Germany, turned out to be a big loser in both states where voters who traditionally chose the party as a form of protest, clearly migrated to the far-right AfD party. (Claire Stam,EURACTIV.de)

Remainers should fear Macron? French President Emmanuel Macron could block Remainers’ effort to stop a no deal Brexit by refusing to grant an extension to the UK, according to Max Hofmann, DW Brussels Bureau Chief.

“When they extended it for the first time, it was a very tough thing to do […] But Macron is the obstacle. He was very hard to convince the first time and it will be even harder this time around. He will only do it with a real perspective that things in the UK will change,” he added.

Urgent energy transition needed. Coal-fired plants in Greece should stop working if the Public Power Corporation (PPC) wants to stop having losses, according to research conducted by the NGO Green Tank. PPC faces enormous financial difficulties, missing almost €800 million until the end of the year.

Electricity from renewables is already cheaper in Greece most of the time, but everybody is afraid of the social impact and energy security to shut coal plants. Green Tank also called for the revision of the National Energy and Climate Plan, currently under review in Brussels, which puts lignite at the core of energy production at least until 2030.(Theodore Karaoulanis, EURACTIV.gr)

An account for sharing gas profits. The Kathimerini newspaper reported that President Anastasiades, in an effort to de-escalate tensions in the Cypriot exclusive economic zone (EEZ), has proposed the creation of an escrow account that would safeguard the Turkish Cypriot community’s share from the natural gas proceeds.

The amount deposited in the account will only be released if Turkey ends its provocations in the region by recognising the Cypriot EEZ boundaries. The proposal was already put on the table early August. Turkey’s main legal argument for drilling in Cyprus EEZ is that the Turkish Cypriot community is excluded from any possible benefits due to the occupation.(Theodore Karaoulanis, EURACTIV.gr)

Šefčovič to be ‘close’ to von der Leyen. Slovak current EU Commissioner and also future Commission nominee Maroš Šefčovič will play an “important role“ in the next European Commission, Slovak PM Peter Pellegrini said following a meeting with Ursula von der Leyen. According to Pellegrini, von der Leyen considers Šefčovič to be one of the most experienced nominees and wants to cooperate very intensively with him as part of her “inner circle”. PM says Šefčovič might still get a VP position again, although with a different portfolio that he currently holds (Energy Union).

Head of JRC to quit. The head of European Commission ́s science and research service (Joint Research Centre), Slovak Vladimír Šucha, will be leaving his post as he plans to join a new political party Progressive Slovakia (Renew Europe), reports daily SME, citing an email Šucha has reportedly sent to his co-workers. Šucha and Progressive Slovakia have declined to comment on the information. Šucha has been serving as the director-general of JRC since 2014 and has been the highest-ranking Slovak Commission official. (Zuzana Gabrižová, EURACTIV.sk)

Attempt to divide the V4? As Politico reported on Tuesday, the Czech nominee for the European Commission, Věra Jourová, received an offer from EC President-elect Ursula von der Leyen to focus on the issues of democracy, the rule of law, disinformation or hate speech. Some Czech politicians see it as an attempt to divide the V4 countries, saying the agenda was weak compared to the portfolios the Czechs seek. According to PM Babiš, gaining this agenda would be an honour for the country. (Ondřej Plevák, EURACTIV.cz)

How to regulate e-scooters.A working group at the Ministry of Interior is drafting a more precise regulation on e-scooters focusing on when and where they are authorised, and whether offenders will be sanctioned. E-scooters are motor vehicles, but people using them are not required a permit or a driving license. Since the end of August, e-scooters have been available for rent in Sofia. (Dnevnik.bg)