Belgium will not join more than a dozen member states in insisting the Green Deal must serve as a basis for the coronavirus recovery, after a dispute among the three regional parliaments and the government nixed the chances of a common position.

The joint letter – proposed by Denmark – calls for the Green Deal to be “the roadmap for making the right choices and responding to the economic crisis while transforming Europe into a sustainable and carbon neutral economy”.

It also warns against “the temptation of short-term solutions which risk locking Europe into an economy dependent on fossil fuels for decades to come”.

According to Le Soir, there has so far been little coherence between the Belgian strategy and the Green Deal in the work of the country’s coronavirus “economic risk management group”.

But despite the absence of a intra-Belgian agreement, three regional environmental ministers – Wallonia’s Céline Tellier and Philippe Henry, and Brussels native Alain Maron – on Wednesday (8 April) backed the Green Deal and gave their approval to the letter.

According to them, it has already gained the support of Denmark, Finland, France,  Lithuania, Luxembourg, the Netherlands, Spain and Sweden, while Portugal and Slovenia are considering whether to join.

“The management of the health crisis is the urgency of the moment but this crisis confirms the need to initiate a turning point,” they said in a joint press release.

“The European Green Deal must allow a redeployment towards short circuits, towards a more local and more resilient economy in the face of future crises,” it added. “These transition projects are at the heart of the ambitions set by the Brussels and Walloon regions and a horizon of hope in this health crisis.”

Earlier this week, socialist leader Paul Magnette (PS) proposed a plan to end the coronavirus crisis in four phases, based on 125 measures, also suggesting “it will be important to initiate a transition to another economic model and life in society”, the Green Deal being one part of it.

“It will strengthen public health and support the transition from our production and consumption model to a more sustainable and united model,” Magnette told La Libre in an interview.

However, Flemish climate minister Zuhal Demir (N-VA), said that “Flanders cannot give its agreement to the signature.”

It is not the first time that the European Commission’s flagship project has caused bad blood between the Belgian regions.

In recent years, Wallonia has suffered from high unemployment and has a significantly lower GDP per capita than Flanders, which accounts for more than half of the country’s output.

When it comes to distribution of EU funds, the economic disparities have also caused regional dissent in the past, the latest with the EU’s Just Transition Fund.

As part of the Green Deal, the fund currently proposes €7.5 billion for 2021-2027, intended for those member states and regions which have to make the greatest efforts to reduce their CO2 emissions to reach climate neutrality.

In February, the fund took centre stage in a recurring internal debate about regional disparities, when the Flemish-nationalist minister questioned the Commission’s allocation criteria for the fund.

That dispute has carried over into the ongoing health crisis. To combat the coronavirus fallout, the EU has set up a special fund, where €37 million is earmarked for Belgium.

Two-thirds of that will go to Wallonia (€16m), Flanders will receive €6.5 million, the Brussels Region €4.3 million and €9.6 million is dedicated to the French Community. The regional allocation is calculated using a metric similar to those used for the EU’s usual funds.

Although Flanders is being harder hit than Wallonia by the outbreak, most of the European support for Belgium flows to the south of the country, Flemish Minister-President Jan Jambon (N-VA) complained in mid-March as the Flemish and Walloon governments rolled out further measures to tackle the crisis.

According to Jambon, this is due to the “mechanics” of the fund distribution.

“Once again, European emergency money is passed by Flanders because the chosen mechanism ensures that the good student of the class is punished,” he said, speaking to a reduced Flemish parliament chamber. 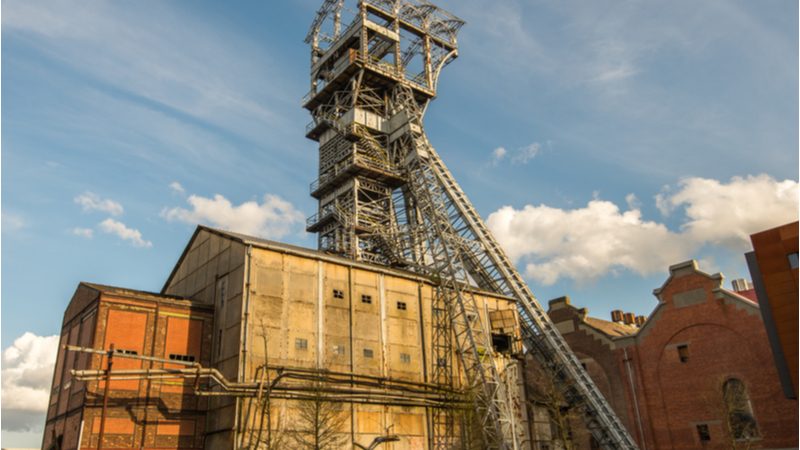 While 0.9% (€68 million) of the EU’s Just Transition Fund is designated for Belgium, European Commission criteria for the fund could turn into a “financial hangover” for Flanders, Flemish Environment Minister Zuhal Demir (N-VA) has warned, in a claim that threatens to deepen the debate about regional disparities in Belgium.

Wallonia infamously blocked the EU’s trade deal with Canada in 2016, as the comprehensive commercial pact required ratification by all of the bloc’s national and regional parliaments.

But there is unlikely to be a similar case of local-level stumbling block for the Green Deal, which is not a piece of legislation or an international agreement, like CETA. Instead, the regulations and laws contained within the policy will be up for debate.

Belgium has already signed up to the Green Deal’s main measure – net-zero greenhouse gas emissions by 2050 – and the Commission’s proposed Climate Law, aimed at enshrining that goal in the EU codex, will be decided by normal qualified majority voting not unanimity.

Other measures like a revamped 2030 benchmark, the Just Transition Fund, changes to vehicle emission standards and tweaks to the bloc’s carbon market directive (ETS) will also be hotly contested by different coalitions of member states but there will be no all-powerful veto in play.

Coronavirus continues to sow division between EU countries though. Czech Prime Minister Andrej Babiš recently urged Brussels to ditch the Green Deal, while Estonian and Polish ministers have said the ETS should be scrapped while the outbreak continues.

The Commission has insisted that involvement in the carbon market is mandatory for member states and that even a temporary exit under exceptional circumstances is not permitted by the directive.