Former managing director of the International Monetary Fund and ex-finance minister of Spain Rodrigo Rato began a four-year stint in prison on Thursday (25 October) over his involvement in the so-called ‘black cards’ case.

Another major political scandal has ended with a reputed Spanish politician in prison. Rodrigo Rato will spend the next four and a half years in a cell in Soto Del Real (Madrid) as a result of his participation in a credit card fraud scheme when he was head of state-owned lender Bankia.

“First of all I would like to say that I fully accept my obligations before society, I recognise all the mistakes that I may have made and I ask for forgiveness from those who may have felt deceived,” Rato told the press.

The former minister went to prison after Spain’s supreme court rejected Rato’s request to have his conviction term suspended so that he could file an appeal before the constitutional court.

Rato, who chaired the bank for two years until 2012, was charged with embezzlement together with 64 other defendants, all of them senior executives of the bank.

They were accused of using the company’s credit cards to make personal purchases –including expensive clothes and jewellery – valued at over €12 million between 2003 and 2012 when Bankia nearly collapsed.

The Court ruled that Rato oversaw the misuse of the cards.

Estanislao Rodriguez-Ponga, a former secretary of state for the treasury, and trade union members Antonio Del Rey, Rodolfo Benito and Miguel Ángel Abejón who were involved in the case as well, are already serving their terms.

Rato’s predecessor as the head of the bank, Miguel Blesa, was sentenced to six years in prison too but committed suicide months after the ruling. 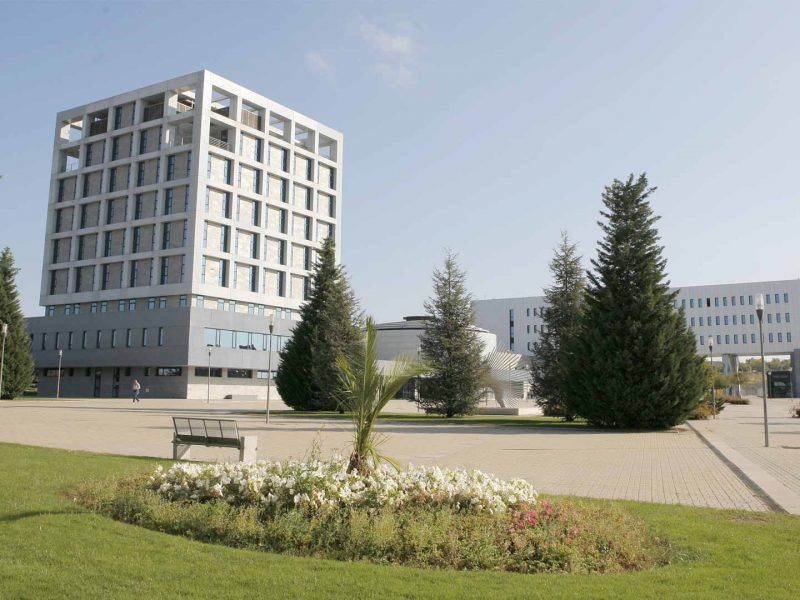 A Spanish university already accused of gifting degrees to high-profile politicians is also being probed for allegedly giving away diplomas to hundreds of Italian nationals, a court spokesman said Thursday (20 September).

A court in Madrid is investigating whether around 500 …

Rato served as finance minister in Jose Maria Aznar’s conservative government from 1996 to 2004 and was vice-present of the executive from 2003.

Rato, who was expected to succeed Aznar at the head of the People’s Party (PP) in 2004, landed in the IMF as the managing director instead. Mariano Rajoy, also a member of Aznar’s government, got the job instead and led the party into government.

Rajoy served as PM from 2011 until 2018 rebooting economy after the financial crisis hit hard in Spain, although it came at the expense of rising inequality and high employment.

During his time in office, Rajoy was hunted by accusations of corruption against his political party.

The accusation materialised earlier this year when a Spanish court ruled that the PP had profited, albeit unknowingly, from a major corruption scheme, the so-called Gürtel case.

Mariano Rajoy was the first prime minister in the Spanish history to appear before the court. In its judgment, the tribunal questioned Rajoy’s deposition where he denied being aware of the payment of bribes in return for public contracts.

Rajoy was ousted in June 2018 following the ruling after losing a confidence vote to socialist Pedro Sanchez, who is currently in office.

Pablo Casado, who has been publicly backed by former Prime Minister Aznar, succeeded Rajoy at the head of the PP. The newly elected leader has been questioned after signs of wrongdoing were found in the way he obtained a master degree.

The last three International Monetary Fund managing directors have faced trials for different reasons, although not directly linked with their work in the institution.

Rato’s successor, Dominique Strauss-Kahn, was forced to resign in 2011 after being detained in New York over an allegation of sexual assault by a housekeeper in a hotel.

The case was settled later, as charges against him were dropped due to the lack of credibility of the alleged victims. However, numerous new accusations of Strauss-Kahn sexual misconduct, including harassment and rape attempt, came after.

Following Strauss-Kahn’s resignation, Christine Lagarde was appointed managing director of the IMF, a position she has held for the past seven years. However, Lagarde also has blemishes on her record.

In 2016, the IMF managing director was found guilty of negligence in the so-called ‘Tapie case’. Lagarde wrongly approved a millionaire compensation for a disputed sale of a firm to a state-owned bank when she was France’s finance minister.

The Court, however, decided not to punish the former minister who avoided a €15,000 fine and a one-year sentence.

The executive board of the IMF confirmed its support to Lagarde after the ruling, who still holds the position as the head of the institution.