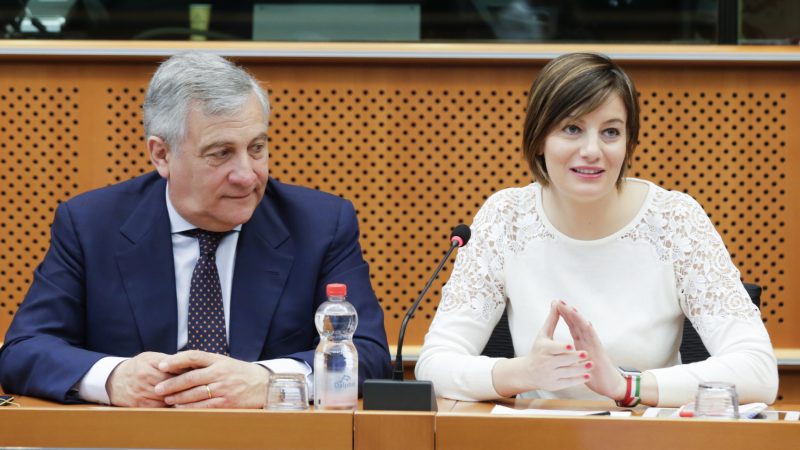 Lara Comi, once a rising political star and a former MEP for Silvio Berlusconi’s Forza Italia,  has been put under house arrest by the Italian police on Thursday (14 November) for alleged illegal financing and corruption. Comi, 36, was a very active MEP for two mandates (2009-2019).

The Italian prosecutor on the case said it was uncommon for someone of Comi’s age to use such criminal schemes aimed at providing a legal semblance to bribes, fraudulent subtraction of public money and illicit funding. Comi has previously denied any wrongdoing.

Two of the four charges concern fraud against the European Parliament. The first concerns a false consultancy contract with a member of her staff, and the second is the allegation that she cashed in €2,000 of the €3,000 that should have been allocated to her accredited press officer.

Other indictments are related to the alleged €31,000 bribe received from a company belonging to the president of Lombardy region’s business association.

Previously, Comi was investigated by the EU’s anti-fraud office OLAF after she hired her mother as her parliamentary assistant, a practice forbidden by the European Parliament’s rules.

At the end of OLAF’s investigation, she agreed to give €126,000 back to the European Parliament.

First elected in 2009 when she was only 26, she rose quickly in the European political environment until she became one of the 10 vice-presidents of the European People’s Party (EPP) during the past mandate.

She ran again in the European elections in May and was the third most voted candidate of her party Forza Italia in Italy’s North-Western district, despite an investigation by the Italian authorities that started only a fortnight before the election.

Berlusconi, who was Forza Italia’s top candidate in more than one electoral district, indicated that he wanted to run for election in the North-West, which prevented Comi from gaining her third mandate in a row as the party won only two seats there.

She still, however, tops the list of non-elected candidates in the constituency, meaning that she could return to Brussels if Silvio Berlusconi should ever decide to quit his post.

Convinced of her own innocence, in recent months, Comi expressed her intention not to hold any political office, saying she wants to defend herself against any accusations without making use of parliamentary immunity.

As the charges are related to a period of time during her double mandate as an MEP, the Italian judiciary authorities should ask the European Parliament to lift her immunity for that period in the coming months, an EU source told EURACTIV.

A current MEP from the rival Five Star Movement party, Eleonora Evi, said that the EPP’s silence over Comi’s involvement in corruption probes is shocking.

“The charges against former MEP Lara Comi are extremely serious: corruption, illegal financing and fraud,” she said, adding that from a political group that has the relative majority in the European Parliament, she would expect a firm and clear condemnation of such practices.