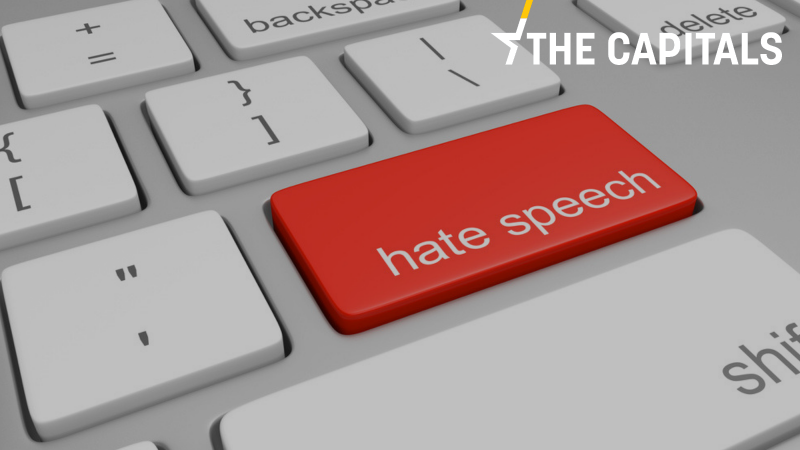 The Capitals brings you the latest news from across Europe [Shutterstock]

Online hate speech:  French lawmakers have adopted tough legislation against online hate speech. The bill, which obtained cross-party support, seeks to empower message writers and online platforms such as major social networks (Facebook, Twitter, YouTube, Instagram, Snapchat, etc.). “What is not tolerated on the street must no longer be tolerated on the Internet,” said Laetitia Avia, a lawmaker for La République en marche.

The text requires digital platforms to delete within 24 hours messages that are “manifestly unlawful on grounds of race, religion, sex, sexual orientation or disability”. In the event of non-compliance, the regulator may impose an administrative penalty of a maximum of 4% of the turnover of “content accelerators”.

The French bill looks more punitive than the one passed in 2018 in Germany, under which authorities can impose fines of up to €50 million on websites that fail to remove hate speech promptly.

Belgians are confused. Following Charles Michel’s nomination for the EU Council presidency, the race for the next Belgian Commissioner has become an open playing field. As the previous two Commissioners had been Dutch-speaking, the nomination would have likely gone to French-speaking Michel. But with no federal government in sight, it is unclear who gets the right to decide how the post will be filled. (Alexandra Brzozowski, EURACTIV.com).

Blue on Blue battle. Conservative party leadership candidates Jeremy Hunt and Boris Johnson traded verbal blows in the latest TV debate on Tuesday, with Hunt repeatedly accusing Johnson of dodging questions on whether he would resign if he failed to deliver Brexit by 31 October, as promised. Hunt also warned that the EU would not negotiate with someone who had “gratuitously insulted them”, in a dig against his rival. Johnson, who remains the heavy favourite, meanwhile, defended his promise to take the UK out of the EU by the end of October, saying it would be “totally defeatist not to set a hard deadline”

Suspicious Activity Reports (SARs) on money laundering and terrorist financing. In 2018, the number of Suspicious Activity Reports rose by a third to 77,252 compared to 2017, according to the annual report of the Financial Intelligence Unit (FIU) presented in Cologne on Tuesday (9 July). That means the number of reports increased eleven fold in ten years. The rise is due to legal changes and increasing awareness among service providers, particularly in the financial sector, the report says. (Claire Stam,EURACTIV.de)

With the support of Ciudadanos (Citizens) and the far-right party Vox, conservative mayor José Luis Martínez-Almeida decided to temporarily halt the fines for vehicles that entered the central area, triggering an angry reaction from Madrid’s residents, many of whom took to the streets to protest.

Read the story on El Pais: On judge’s orders, Madrid Central low-emissions scheme back in action

New EU minister. Lorenzo Fontana, former MEP for the right-wing Lega, is about to become minister for EU affairs, a post that has been vacant since March. Fontana is currently serving as Minister of Family and he is well known for supporting a ‘traditional idea of the family.

Allegation of sexism. In an interview with the daily La Repubblica, the junior minister for gender equality Vincenzo Spadafora described as sexist the recent verbal attacks of the Interior Minister Matteo Salvini against Sea-watch captain Carola Rackete. “If I were him, I would rather resign than being in the same government of a dangerous sexist”, Salvini replied. (Gerardo Fortuna, EURACTIV.com)

Mitsotakis under fire. The leftist main opposition Syriza party has lashed out against newly appointed Prime Minister Kyriakos Mitsotakis (EPP) over his decision to personally take over the responsibility of the secret services, the state broadcaster and the Athens-Macedonian News Agency. “He perceives the public broadcaster and the national security as his party’s booty,” Syriza said in a statement. Syriza also criticised the fact that of the new 51-member government, only 5 are women.

More transparency. Meanwhile, Mitsotakis is planning to ban his ministers from recruiting first and second-degree relatives on any public contract, covering both the spouses and the children of government officials. In addition, all government members will not be allowed to have any parallel professional and business activity. (Sarantis Michalopoulos, EURACTIV.com)

Huawei invests in Poland. Huawei wants to invest €750 million in the development of the 5G network in Poland. But it also wants to be certain that its operations can run smoothly. In a gesture of goodwill, Poland, which remains a staunch American ally, released one of two men detained for alleged spying on behalf of China. The other one, a Chinese citizen, remains detained, for now. (Łukasz Gadzała, EURACTIV.pl)

Limits of diplomacy. The former Slovak foreign minister, lifelong diplomat and former MEP Eduard Kukan (EPP) has lashed out on Facebook against the chairman of the EU affairs committee of Slovak Parliament Ľuboš Blaha (Smer-SD). Recent personal invective from Blaha prompted Kukan – famously mild-mannered – to dub Blaha a “bloody Jacobin“ and “a douchebag”. Blaha is known for his vitriolic Facebook posts, strongly pro-Russian and anti-EU narrative and for spreading conspiracies. He is currently being sued by Slovak security software company Eset for defamation. (Zuzana Gabrižová, EURACTIV.sk)

Czech state prosecutors already know. Czech public prosecutors have finished their own legal analysis of the European Commission´s audit proposal concerning Czech Prime Minister Andrej Babiš and his alleged conflict of interest. Prosecutor General Pavel Zeman said in June that the audit contains serious findings that could initiate criminal proceedings, ordering a special law analysis of the document. However, their findings are secret. “The evaluation is already done, but we cannot provide any further comments,” one of the authors said. (Lukáš Hendrych, EURACTIV.cz)

No progress in anti-corruption fight. Romania has made very little progress when it comes to measures to prevent corruption among parliamentarians, judges and prosecutors and to address the concerns about its controversial judicial reform, according to the Council of Europe’s anti-corruption body GRECO.

Since GRECO considers that Romania’s low level of compliance is “globally unsatisfactory”, the country will remain subject to its non-compliance procedure. GRECO has requested that the Romanian authorities report back on the progress achieved by 30 June 2020. (EURACTIV.ro)

Machine voting. The possibility for voting by machine in local and parliamentary elections will be abolished if an amendment to the Electoral Code proposed by the ruling centre-right party GERB gets the parliament’s approval.

According to Anna Alexandrova, the chairwoman of the legal committee and GERB member, the amendment was dictated by a Central Electoral Commission analysis, which expressed concern regarding the machine vote held in 3,000 polling stations in the last EU elections. However, it’s likely that the machine vote will still apply for the presidential and EU elections. (Dnevnik.bg)

Carbon dioxide storage. The Lithuanian parliament postponed on Tuesday a vote on amendments to a draft law that would ban the storage of captured CO2 emissions in underground rock formations. The environment committee of the Lithuanian parliament proposed banning the storage of CO2 in natural cavities. The Chairman of the Energy and sustainable development committee, Virgilijus  Poderis (Lithuanian Farmers and Greens Union), proposes an alternative allowing for CO2 storage in cavities deeper than 1km. The CO2 storage law is necessary for the development of carbon capture and storage (CCS), a technology backed by the European Commission that is seen as essential to tackle emissions from heavy industries. The Lithuanian parliament will further consult scientists and wait for the visit of US Energy Secretary Rick Perry in the autumn. US firms “8 Rivers Capital” and “Net Power” have signed a memorandum with the Government of Lithuania for building gas power stations that could be fitted with CCS.

‘Silk Curtain’ is still here. Croatia’s President Kolinda Grabar-Kitarović recently said that although the Iron Curtain had disappeared, there was now “a silk or cotton curtain” dividing the west and the east of Europe when it comes to living standards, infrastructure and mindsets. Grabar-Kitarovic said those barriers should be eliminated and urged policymakers to focus on the cohesion and connectivity of Europe. She emphasised the importance of the Three Sea Initiative, whose aim is to equalise the standards of old and new EU members. (Željko Trkanjec, EURACTIV.hr)

Older people vote for Progressives. Older and poor people with lower and medium education level account for the largest portion of the ruling Serbian Progressive Party voters, according to a poll conducted by the Bureau for Social Research (BIRODI). Of those supporting the Progressives and their leader Aleksandar Vucic, 58.7% are people aged 65 and above and 32.6% are aged between 18 and 29. (beta.rs, EURACTIV.rs)