The move to develop a new warplane accelerates steps that are expected to shape the future of the European fighter industry and its three existing programmes – the Eurofighter, France’s Rafale and Sweden’s Gripen.

The move also reflects efforts to give fresh impetus to Franco-German relations in the aftermath of Britain’s decision to leave the European Union and was described by defence experts as a snub to Europe’s leading military power.

France and Germany aim to come up with a roadmap by mid-2018 for jointly leading development of the new aircraft to replace their existing fleets of rival warplanes, according to a document issued after a Franco-German cabinet meeting in Paris.

“Today there are too many European standards and qualifications and sometimes there is competition among Europeans internationally,” French President Emmanuel Macron told a news conference, flanked by German Chancellor Angela Merkel.

“I can confirm this is a deep revolution but we are not afraid when they are carried out peacefully, in a structured way and over time,” Macron said.

France and Germany said their new combat system, which analysts say could involve a mixture of manned and unmanned aircraft, would replace the Rafale and Eurofighter, rival jets that compete fiercely for global sales.

That would mark the end of a decades-long split since France withdrew from the Eurofighter project in the 1980s to produce its Rafale warplane with Dassault Aviation.

“It is a sign to the British. It means ‘you are leaving the EU and we are driving forward. We are no longer interested in you blocking the EU on defence’,” a senior German defence industry official told Reuters.

Britain out on a limb?

The joint declaration did not say what role, if any, Britain would play in the Franco-German-led development. The country is Europe’s biggest defence spender and a partner in the Eurofighter project alongside Germany, Spain and Italy. 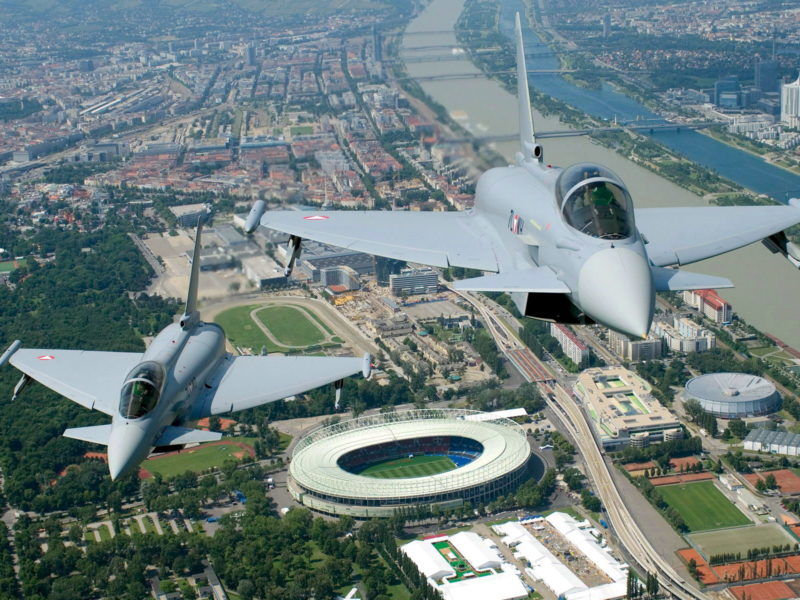 France and the United Kingdom – both permanent UN Security Council members with close defence and security ties – agreed to cooperate on nuclear and missiles technology in 2010, but some French officials have expressed concerns about the impact of Brexit on defence.

Some analysts and defence officials said the Franco-German push to create a new fighter could drive Britain further towards industrial and defence cooperation with the United States.

Currently, Britain has a foot in both camps through the Lockheed Martin F-35 and a share of the Eurofighter programme through BAE.

“It is almost inevitable that the UK would consider a new partnership with America for the next generation of fighters,” said Alexandra Ashbourne-Walmsley, associate fellow at the Royal United Services Institute, a think-tank based in London.

“The UK has accepted that it can’t build another fighter on its own, both as a natural evolution from the F-35 programme and also because of economies of scale since having a small part of a U.S. project is worth more than a Franco-German programme.” 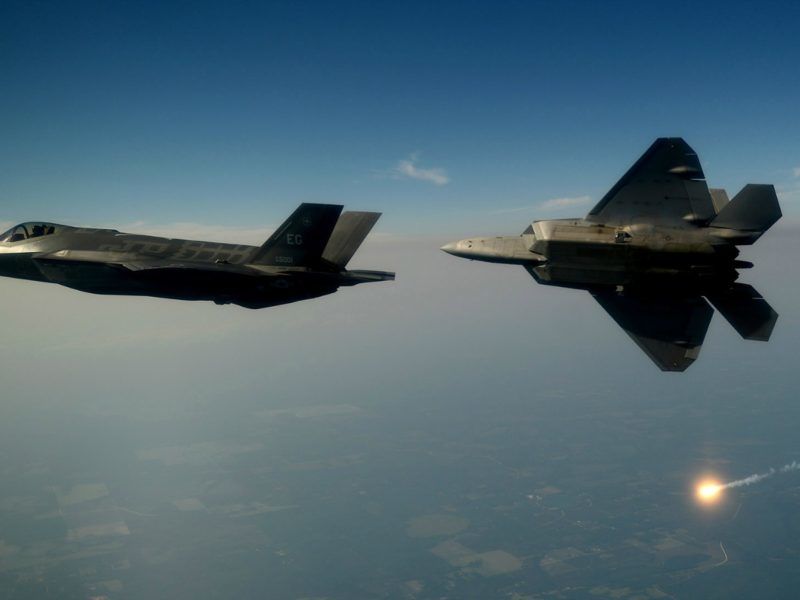 However, Thursday’s declaration is also seen by some as just the opening move in a long and unpredictable European negotiation affecting defence firms including BAE and its Eurofighter partners Airbus and Leonardo.

Paris and Berlin also agreed to set up a cooperation framework for the next model of the Airbus Tiger attack helicopter and for tactical air-to-ground missiles.Brexit

In addition, they will work together on procuring ground systems including heavy tanks and artillery and said a contract was expected to be signed before 2019 for the military “Eurodrone” project, which also includes Italy.