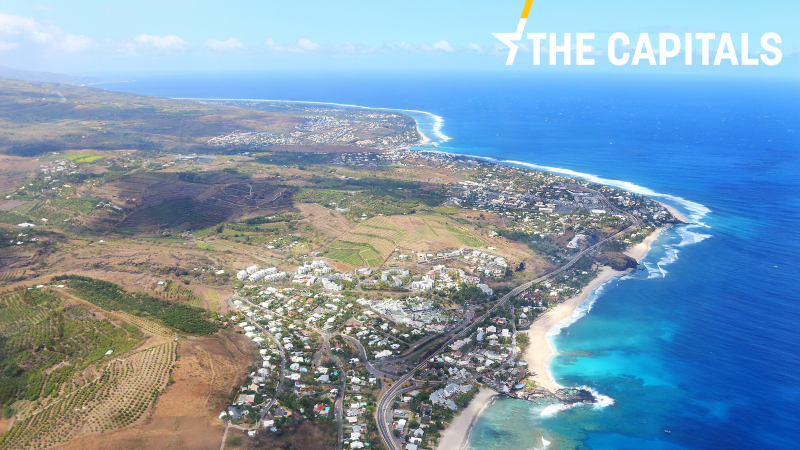 France’s maritime space is set to extend by 151,323 km2 [Shutterstock]

Before you start reading today’s edition of the Capitals, feel free to have a look at the article Independent report unveils flaws in Greek bailout, written by Jorge Valero.

Now that many European countries have started lifting lockdown measures and opening borders, make sure you stay up to date with EURACTIV’s comprehensive overview, which is regularly updated with the help of our network of offices and media partners. Also, check our country update pages, such as the one for Italy and the Czech Republic.

The EU’s executive has spelled out recommendations to member states to fully reopen the bloc’s internal borders on 15 June and then allow travellers from selected countries to enter the bloc from 1 July.

In a word of warning, the European Commission, which is trying to coordinate the moves, said it was too early to completely abandon restrictions on travellers coming from outside the EU.

Instead, it called for a “common coordinated approach”, lifting the ban on non-essential travel for countries where the pandemic is at a similar level to the EU and adequate disease control measures are in place. EURACTIV has the details.

France grows its territory. France’s maritime space is set to extend by 151,323 km2 in the Indian Ocean, off Reunion Island and the Southern and Antarctic Territories (TAAF), the French Secretariat-General for the Sea and the French Research Institute for Exploitation of the Sea (Ifremer) announced on Thursday (11 June). Read the full story  by EURACTIV France here.

Study on racism in the police. Germany’s interior and justice ministries are developing a study to examine racism in the country’s police forces, an interior ministry spokesperson has said.

The announcement comes after Saskia Esken, co-chair of the Social Democratic Party (SPD), condemned “latent racism” in Germany’s police ranks. However, while the Greens have been demanding such a study for a long time, the Christian Democrats (CDU) were quick to defend the police.

Foreign minister discussed racism with US counterpart. In a 30-minute phone call about US-Austrian relations, Austrian Foreign Minister Alexander Schallenberg and his counterpart, Mike Pompeo, discussed the protests sparked by the death of George Floyd.

While Schallenberg affirmed that he had “full faith in the tried and tested American legal system and the self-cleansing powers of democracy and the rule of law”, Pompeo praised Austria for how it had dealt with the COVID-19 pandemic. (Philipp Grüll | EURACTIV.de)

Recovery fund money ‘not enough’ for Belgium. Walloon Minister-President, Elio Di Rupo (PS), said on Thursday (11 June) that crisis aid to be provided to the region within the framework of the European Commission’s post-COVID-19 recovery fund was “insufficient”. Alexandra Brzozowski has  the details.

Everyday-racism a problem in Finland. A new survey released in the aftermath of the Black Lives Matter demonstrations on Tuesday (9 June) shows that people of African descent living in Finland experience racism and discrimination on a daily basis.

An earlier 2018 European Union report entitled “Being Black in the EU” found that 63% of people of African descent in Finland had experienced racist harassment in the five years before the survey was published. Among the 12 countries surveyed, Finland scored the worst. EURACTIV’s Pekka Vänttinen takes a closer look.

New reopenings in Italy. Playgrounds and summer camps for children could be allowed to reopen as of Monday (15 June), according to the latest draft government decree. Games rooms and betting agencies will also be allowed to reopen that day, provided they comply with their respective regions’ health protocols.

The first official football match after the lockdown will be played on Friday (12 June), with the second leg of the League Cup match between Juventus and Milan to be held behind closed doors. EURACTIV Italy’s Alessandro Follis looks into the country’s reopening.

Weird incident with Operation Irini. Greek media reported that an incident occurred on Wednesday (10 June) off the coast of Libya. A Tanzanian-flagged cargo vessel allegedly carrying weapons for Libya escorted by three Turkish frigates broke the arms embargo of the EU Irini operation. Sarantis Michalopoulos has the story.

Poland  to ban LGBTI teaching? President Andrzej Duda vowed on Wednesday (10 June) to ban teaching about LGBTI issues in Poland’s schools in an apparent pitch to his conservative base during an increasingly tight race for the 28 June presidential election. His main opponent is liberal Warsaw Mayor Rafal Trzaskowski of the main centre-right opposition Civic Platform (PO) party, who has drawn criticism from religious conservatives for introducing education about LGBT matters in Warsaw schools.

“Parents are responsible for the sexual education of their children,” Duda told a gathering of supporters. “It is not possible for any institutions to interfere in the way parents raise their children.” (EURACTIV.com)

Former PM Pellegrini leaves Smer-SD party. Former Prime Minister Peter Pellegrini announced his departure from Smer-SD (S&D), the long-term ruling socialist party in Slovakia, currently in opposition. His relations with chairman Robert Fico, who was the prime minister for many years until he was replaced in 2018 by Pellegrini, were increasingly tense. Pellegrini will likely launch a new political project along with allies from Smer-SD.

In other news, an armed attacker killed one person and wounded others in an attack in the small town of Vrútky in Northern Slovakia. Armed with a knife, the former student forcibly entered a school building and stabbed and fatally wounded the deputy director who tried to block his way. He then wounded the doorman, a teacher and several children before fleeing the scene and being shot by the police. (Zuzana Gabrižová | EURACTIV.sk)

Long discussion about Recovery Fund. Czech Prime Minister Andrej Babiš said it would be too early to discuss how the money from the proposed EU fund is going to be distributed among member states. According to him, it is necessary to wait until it becomes clear how much individual countries are affected by the pandemic.

“In my view, the main criteria should be the fall in GDP. This must be evaluated not sooner than at the beginning of next year,” he said on Thursday (11 June) after the V4 summit hosted by Czechia. He warned that there are still many unsolved questions including conditions under which the EU should borrow money on financial markets. (Lukáš Hendrych | EURACTIV.cz)

‘It’s their choice’. The European Parliament must adopt a resolution stating that it is Roma people’s choice to live in marginal and very poor socio-economic conditions in Europe, according to Bulgarian MEP Angel Dzhambazki (VMRO/ECR). Krassen Nikolov looks into the controversy.

PM ups the ante in mini-row with Commission. Conservative Prime Minister Janez Janša responded to an inquiry from European Commissioner Paolo Gentiloni with a tweet saying he “didn’t receive your letter, but the press did… Hope this is the last time you play a political game for the Slovenian left”. Gentiloni had asked Janša to explain the recent changes at the helm of Slovenia’s Statistics Office (SURS), to which Janša said he had simply replaced “a political appointee with an expert”.

The Commission previously explained that its duty was to ensure full respect for the principles of impartiality and professional independence of national statistical authorities, as required by EU law. (Zoran Radosavljević | EURACTIV.com)

Only tourist destination in the EU. According to interior minister Davor Božinović, Croatia is currently the only EU member state that has a functioning tourism sector. Of the 104,782 people who entered Croatia between Wednesday (10 June) and Thursday (11 June),  49,463 were foreign tourists, which represents a 30% increase compared to the previous day.  EURACTIV Croatia’s Tea Trubić Macan looks into the details.

UN Court urged to hospitalise Mladić. The defence team of Ratko Mladić has called on the mechanism for international criminal tribunals (MICT) in The Hague to allow the general, who has been sentenced for war crimes in Bosnia, to be treated in hospital after his health deteriorated following a recent operation. EURACTIV Serbia has more.

Elsewhere the leader of Serbia’s Social Democratic Party and former president Boris Tadic has said that attempting to topple the regime through a united opposition is the correct option, but likely the most unrealistic path, and that the solution was to build one strong opposition party. EURACTIV Serbia digs deeper.