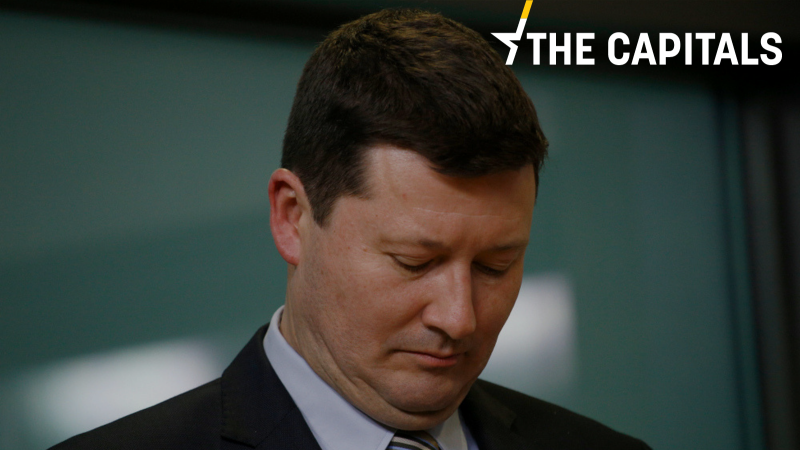 Plans for new Selmayr Controversial European Commission Secretary-General Martin Selmayr, whose sudden promotion angered MEPs last year and earned a rebuke from the European Ombudsman, will step down from his post next week.

Selmayr’s departure was one of the conditions set by France and other countries for Ursula von der Leyen to become the next EU Commission President, something that she confirmed at an EPP group meeting on 15 July. Several countries said they would not accept a German head of the Commission together with a German secretary-general.

EURACTIV France reports that his departure opens the way for a French candidate to take over this post. Selmayr has already suggested his replacement: Olivier Guersent, who is currently head of the Directorate-General for Financial Stability.

But Selmayr’s support could play against Guersent.

“The fact that Selmayr cited his name is to his disadvantage, even if he is a candidate I would be pleased to support”, said François-Xavier Bellamy, head of the French EPP delegation at the European Parliament. The head of DG Research, Jean-Eric Paquet, is another potential candidate.

Opposition parties, liberal Free Democratic Party (FDP) and leftist Die Linke, have complained about Kramp-Karrenbauer’s lack of expertise in the field. Leading the bureaucracy-driven Bundeswehr with its past scandals is seen by many as a tough challenge, and has broken many political careers.

Rumour has it that also Kramp-Karrenbauer isn’t planning on staying in the job for long and is instead getting ready for early parliamentary elections. Her stint as defence minister could strengthen her bid to become Germany’s next chancellor – or wreck it, if she follows the inglorious path of some of her predecessors.

Mandatory vaccination. In an effort to halt the resurgence of the disease, the German government has decided to make measles vaccinations for children mandatory from March 2020. Parents will have to prove that their children are vaccinated before they can be admitted to kindergartens or school. Violations will be fined with up to €2,500. (Doris Pundy, EURACTIV.de)

Spain to lead the IMF? In a radio interview with Cadena SER on Wednesday, acting Economy minister, Nadia Calviño, admitted that she had spoken with PM Pedro Sanchez about her possible candidacy to the IMF and Sánchez assured he would support “of course any (Spanish) minister who could have any chance of (getting) such an important position”, EURACTIV’s partner EFE reported.

However, asked if Sanchez will nominate her to lead the IMF, the minister was silent for a few seconds before responding that: “[…] the conversation has not been raised in those terms.” (EuroEFE.EURACTIV.es)

Lega chickened out. On its blog, Five Star Movement has pointed the finger at other co-ruling party Lega blaming them for having rowed back on an agreement to support von der Leyen at the eleventh hour. Italy’s PM Guiseppe Conte warned that Lega’s choice could undermine the country’s chances of obtaining a good Commission’s portfolio.

EP investigates Russian funds. Italian MEP Carlo Calenda has announced that the European socialists (S&D) will propose establishing a special parliamentary committee to assess whether there was a foreign influence on last May’s EU elections.

The request came after allegations that Lega received roughly $65 million of Russian funds. Next week Conte will report to the Senate on the situation. (Gerardo Fortuna, EURACTIV.com)

First visit to the US. Newly appointed Greek Foreign Affairs Minister Nikos Dendias paid his first visit to Washington on Wednesday, where he met his US counterpart Mike Pompeo. “We requested from the US a clear line of communication, in the event of any issue concerning our relations with Turkey, and an explicit and direct response by the US could be useful,” Dendias said. “The Americans took note and will respond to us,” he added. Read more on Athens-Macedonian News Agency

New Democracy back to reality. New Democracy (ND-EPP), which has fiercely opposed the North Macedonia name change deal, now appears to have changed its mind. Speaking at the “The Balkans after the Prespa Agreement,” Deputy Foreign Minister Miltiadis Varvitsiotis said the deal “leaves space through the European integration process of our neighbour to find beneficial ways of cooperation on both sides.” Similarly, Defence Minister Nikos Panagiotopoulos said if the deal is properly implemented by both sides, “we can hope for a better future for our countries”.

Leftist Syriza opposition party “welcomed ND back to reality” while former FM Nikos Kotzias, who was branded as a traitor by ND after brokering the deal, asked ND to apologise for its stance. (Sarantis Michalopoulos, EURACTIV.com)

Poland eyes energy Commission post. Deputy PM Jacek Sasin has said Poland is trying to obtain an energy post in the new European Commission. “Energy is very important to us. We want to convince our partners that climate policy is very important, but it needs to take into account the specifics of every member state. Having coal as a bedrock of our energy needs, we as Poland, cannot be blind to this fact,” said Sasin.

Government spokesman Piotr Muller, said, “the final support for von der Leyen was conditioned on the effect of the talks that Poland had with her earlier this week.” Polish MEPs from the ruling PiS party voted for von der Leyen. (Łukasz Gadzała, EURACTIV.pl)

Putin and Trump to test von der Leyen. Andrej Danko, leader of Slovak National Party (SNS) and speaker of the parliament, commented, “The time will show, whether President Putin or President Trump will embrace Ursula von der Leyen as a partner for politics”. Danko is known for his admiration for Putin and Viktor Orbán. (Zuzana Gabrižová, EURACTIV.sk)

Second mandate for Jourová. Czech Prime Minister Andrej Babiš is going to nominate Czech Commissionaire Věra Jourová for a second mandate in the European Commission, though he conceded that some party members would prefer the nomination of the EU Parliament Vice-President Dita Charanzová.

“I do not make any comment until the government approves my nomination,” Jourová said.

German warning. German Interior Minister Horst Seehofer told journalists in Berlin that the Czech Republic does not want to take part in a European solution on migration. “I have been travelling in Eastern Europe recently, last time it was in Prague. There is almost no readiness to be a part of a European solution,” he said. (Lukáš Hendrych, EURACTIV.cz)

Former FM named NATO deputy secretary-general. NATO Secretary-General Jens Stoltenberg has decided to appoint Mircea Geoana as the next Deputy Secretary-General. Geoana, a former foreign minister of Romania and Ambassador to the US, will take up his position in October, replacing Rose Gottemoeller. (EURACTIV.ro)

Gabriel called in on major hacker attack. Bulgaria has officially asked the European Commission for help over the major hacker attack which resulted in the leak of data concerning million citizens from the national tax register, writes the website Dnevnik.

Commissioner Mariya Gabriel answered questions from Dnevnik regarding the cyberattack, saying that a specialised Commission team was checking if EU institutions have been affected by the incident. Asked if the leak of personal data is punishable under GDPR, Gabriel said it was up to the national data protection authorities to determine responsibilities.

The hacker, a 20-year old man, has been identified and detained. Prime Minister Boyko Borissov praised him as a genius and said he should work for state institutions. (Georgi Gotev, EURACTIV.com)

An ambitious MEP. “I will simultaneously serve as an MEP, president, PM, and minister of Internal Affairs and Justice”, newly elected MEP Mislav Kolakušić (N/A) told Croatian media, and questioned why people keep asking him about his plan “as if it was controversial”. He said he would kick-off his presidential campaign in October (Tea Trubić, EURACTIV.hr)