Emmanuel Macron outlined the main points of the French G7 Presidency, fighting inequality and advocating multilateralism, at the UN in September 2018.

Fighting inequality and global warming will be key objectives of the French G7 Presidency in 2019. The aim of developing closer relations with Africa, in the interests of multilateralism, is also highlighted by France. EURACTIV France reports.

At both the French national and the international level, inequality attributed to globalisation is on everyone’s lips. In September 2018, French President Emmanuel Macron made a strong call to action before the United Nations General Assembly in which he mentioned “those left behind by globalisation.”

Several weeks later, as if to give substance to this message, the “yellow vest” movement held yet another demonstration on Saturday 5 January, following more than a month of protests.

The fight to add a “social dimension” to globalisation and to reduce these inequalities will be “unifying thread of the French G7 Presidency,” said Jean-Yves Le Drian, the French Minister for Europe and Foreign Affairs, at the presentation of the roadmap for the French mandate in Biarritz on 18 December.

From 24 to 26 August, the Basque city will officiate a summit between the heads of state of the “group of seven” (France, Germany, Italy, the United Kingdom, Japan, Canada and the United States), which is intended to represent the world’s leading economic powers. From 1 January, France took control of the group for a year, for the seventh time since it was established in 1975.

“One of the main priorities will be intensifying the fight against the issues of tax optimisation and tax havens,” the minister also stated.

However, these inequalities are not the only ones in French sights. The disparities between women and men, which is the “major cause” of Macron’s term in office, will be much discussed. A “pact of Biarritz for equality” and the creation of a “Simone Veil” prize are both in the pipeline, the latter aimed at rewarding measures that support women’s freedom.

A special place for Africa

Recognising that these battles are fought by education in the first instance, Paris will encourage the G7 “to act decisively in this area, particularly for women and primarily in the Sahel.”

The French President reaffirmed this commitment almost a year ago at a conference in Dakar for the Global Partnership for Education. This undertaking aims to promote schooling in 65 developing countries, the majority of which are African.

There is a willingness to strengthen links with the southern Mediterranean countries to support peace and the fight against global warming, in a region of the world that suffers severely from its consequences. 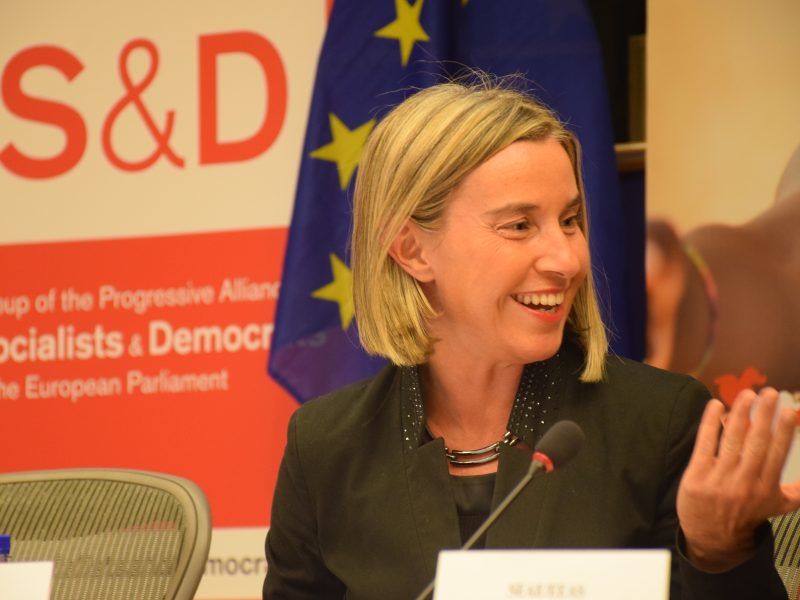 A new model of collaboration between the EU and Africa can change today’s dangerous turn of international relations, which have moved from “win-win” solutions and are now based on “zero-sum” games, EU’s top diplomat Federica Mogherini said.

The third “One Planet” summit is scheduled to be held at the same time as the meeting in Biarritz. Having been established in 2017, this public-private meeting is intended to complement the institutional Conference of the Parties (COP) summits and to act as further encouragement to meet the commitments made in Paris in 2015.

In December, Le Drian reiterated France’s commitment to this agreement and promised to “focus on climate finance.”

This is above all a further demonstration of the multilateralism advocated by Macron, which he promoted at length during his speech at the UN. Confronted with Donald Trump’s America, Matteo Salvini’s Italy and the United Kingdom going through Brexit, France wants to involve countries which are not part of the G7 but which “share France’s ambition on priority topics” in this G7 summit.

Other issues, such as the digital sector (concerning security, social transformation, etc.) will also be discussed with the participation non-member countries of the G7. For instance, India, South Africa, Mexico and Australia will be present in Biarritz in August.

Global trade is in peril like never before. Over the past weeks, the world has entered a full-fledged trade war involving the largest economies (the US, China and the EU) on more than one front.