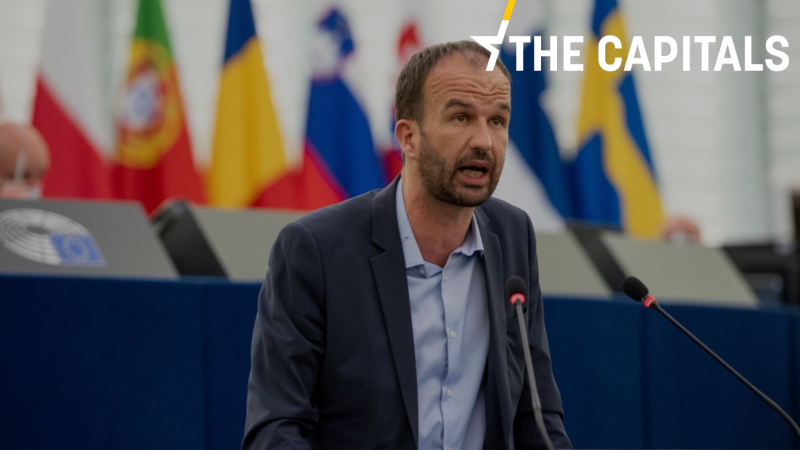 Last time around, it took the French left until the final stretches of the electoral campaign to issue a clear voting instruction to its voters. Are we heading for the same scenario in 2022? [European Parliament]

Last time around, it took the French far-left until the final stretches of the electoral campaign to issue clear voting instructions to the electorate to vote against the far right. Are we heading for the same scenario in 2022? Read more.

Austrian economic recovery better than expected. Austria’s Fiscal Council projects a budget deficit of only 1.6% in 2022. At the same time, the debt ratio will fall from 83.2% to 77.7%, the same as 2017’s debt ratio. Read more.

Wales to get most cash from UK structural fund programme. Wales will be the main beneficiary of a new UK government programme replacing the EU’s structural funds for the poorest regions.

The government says that the new Shared Prosperity Fund will provide £1.5 billion per year in cash for projects related to skills, education, local businesses and employment. Under the first 477 projects announced on Wednesday, Wales, the largest UK recipient of EU structural and cohesion funds, will receive around a quarter of the total funding.

The Fund is expected to officially begin operations next April, and ministers say it will form part of Boris Johnson’s administration’s ‘levelling up’ agenda to reduce economic disparities between UK regions. (Benjamin Fox | EURACTIV.com)

Spanish tourism and job market break records after pandemic restrictions. Spain welcomed 4.69 million foreign tourists in September this year, a 311.9% increase compared to the same month in 2020 when most of the EU was facing severe travel restrictions to contain the pandemic, EURACTIV’s partner EFE reported. Read more.

Costa to ECB chief: I’d do anything to continue fiscal consolidation process. Prime Minister António Costa on Wednesday told the president of the European Central Bank (ECB), Christine Lagarde, that he would do whatever it takes to ensure that Portugal continues the process of fiscal consolidation and healthy public finances. Read more.

Greek PM: No mandatory vaccines, no lockdown. In an interview with Greek TV channel MEGA on Wednesday, Greek PM Kyriakos Mitsotakis made it clear that no new lockdown will be imposed in the country due to the increase in COVID-19 cases. Read more.

Polish president signs off law to build wall at Belarus border. The special law on constructing a permanent fence on the border with Belarus, signed by President Andrzej Duda on Tuesday (2 November), was published in the Journal of Laws. Read more.

Polish minister heads to Prague in last bid to fix Turów dispute. Newly appointed Polish Climate and Environment Minister Anna Moskwa will visit Prague on Friday to resume bilateral talks between Czechia and Poland in a bid to unblock the Turów lignite mine dispute. Read more.

Hungarian opposition still leading the polls in capital. The opposition is still in the lead in Budapest, where the six-party joint list would get 44% of the vote. In comparison, Fidesz-KDNP would get 31%, if the parliamentary elections were held in the near future, a survey commissioned by HVG revealed. Read more.

Slovakia moves to protect its primary forests. The Slovakian government has approved a plan to join 76 undisturbed forests spread over 6,500 hectares in a new protected area dubbed Primary Forests Slovakia. The reservation will be under the highest level of protection, which should protect local biodiversity. Read more.

Romania still looking for a prime minister. Politicians in Romania started a new round of negotiations to form a coalition more than two months after the centre-right coalition collapsed. Read more.

Croatian Central bank to develop own climate strategy. The Croatian National Bank (HNB) said it would develop and implement a climate strategy, including climate and environmental risks in its supervisory expectations, and encourage credit institutions to include those risks in their risk management and decision making. Read more.

The majority of costs relate to job-keeping measures, directly or indirectly, then taxes, contributions, and everything the state took upon itself said Marić presenting this year’s budget revision.

UN Security Council extends mandate of EUFOR. The UN Security Council adopted a Resolution extending EUFOR’s mandate without mentioning the High Representative and his Office. The EUFOR mission Althea was extended for the next 12 months with all 15 votes in favour. Read more.

“Albania, Montenegro and Croatia joined this project. BiH has to do that as well. This would be important for our country, and President (lham) Aliyev promised all his support,” said Džaferović, who is attending the 8th Global Baku Forum.

Kosovo’s prime minister opposes establishment of BiH style model. Prime Minister of Kosovo, Albin Kurti has said he will not allow the “Bosnianization” of Kosovo in an interview with the BBC on Wednesday. Read more.

Over 37,000 Albanians moved to the EU in 2020. In 2020, 37,592 Albanian citizens were granted a first residence permit in a European Union country, according to statistics published by EUROSTAT. Read more.