The new government team consists of 31 members, including 16 ministers, 14 deputy ministers and 1 secretary of state attached to the prime minister. There are now 17 women and 14 men in the government. [EPA-EFE | Christophe Petit Tesson]

This makes her the fourth minister in charge of environmental policies since the beginning of Macron’s five-year term and takes over from Elisabeth Borne, who led the ministry since 16 July 2019. She is in turn moved to the labour ministry.

Some of the European dossiers awaiting Pompili include talks on the EU climate law and an increased emissions reduction target for 2030.

On top of that, she will be tasked with helping to prepare the next edition of the UN climate summit, now due to take place in 2021 in Glasgow, as well as the World Conservation Congress in Marseille in January.

In his first interview on Friday (3 July), Castex declared that the environment will be “at the heart of his priorities” and that it will be integrated into the recovery plan to make France more eco-friendly.

Contrary to the doubts expressed by certain personalities such as former LREM member Matthieu Orphelin, an ally of former environment minister Nicolas Hulot, the new PM insisted that environmental issues have “now entered everyone’s mind” as they “transcend political class”.

The new government team consists of 31 members, including 16 ministers, 14 deputy ministers and 1 secretary of state attached to the prime minister. There are now 17 women and 14 men in government.

The first Council of Ministers will be convened later today (7 July) at 3pm. 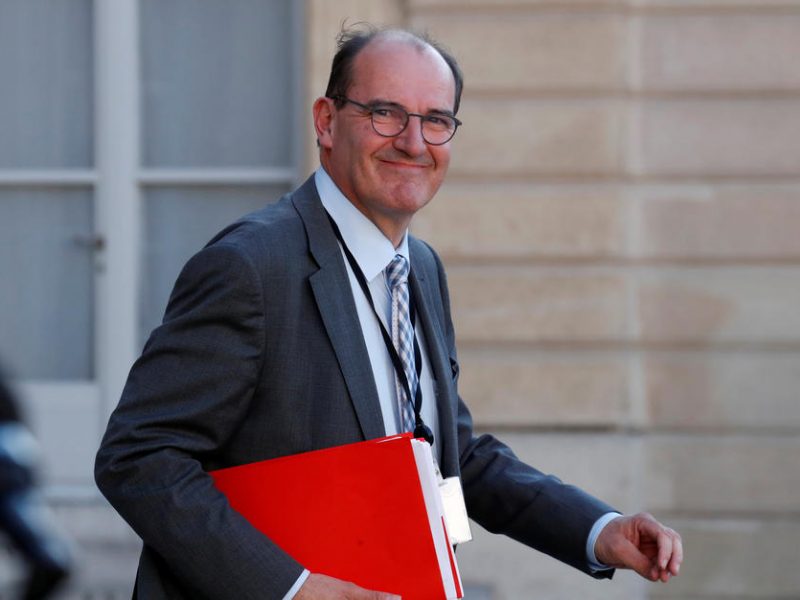 While most of the ministers were maintained, the arrival of criminal lawyer Eric Dupond-Moretti at the French ministry of justice was unexpected. Well known to the general public and often present in the media, he owes his reputation to his high-profile trials such as those recently held against Abdelkader Merah and the Balkany couple.

Roselyne Bachelot’s return to politics also comes as a surprise. At the age of 74, she has joined France’s culture ministry after having been in charge of the environment under Jacques Chirac and health and sports under Nicolas Sarkozy.

Gérald Darmanin, Sarkozy’s campaign spokesperson in 2014, is changing portfolio from budget to the interIor, meaning he will succeed Christophe Castaner, who was in office since 16 October 2018.

Other departures include Nicole Belloubet, Muriel Pénicaud and Sibeth Ndiaye.

Although she describes it as “very republican, very committed and at the service of the French in a difficult period”, she regrets that European affairs is a secretariat of state and not a ministry.

Among the MEPs from conservative party Les Républicains, only Nadine Morano commented on the government reshuffle on radio station RMC.

“Instead of preparing for 2022, Emmanuel Macron would do better to finally govern France properly,” she said while criticising the president for recruiting the “same profile”, comparing the administrations of Edouard Philippe and Jean Castex and accusing him of “denying his values”.

Orphelin, for his part, wonders whether the transition to a decarbonised economy will really be implemented and promises to be vigilant.

Rassemblement National (RN) criticised the appointment of Dupont-Moretti, who has often spoken out against the far-right party.