From Chirac to Macron: The four Franco-German duos of the Merkel era 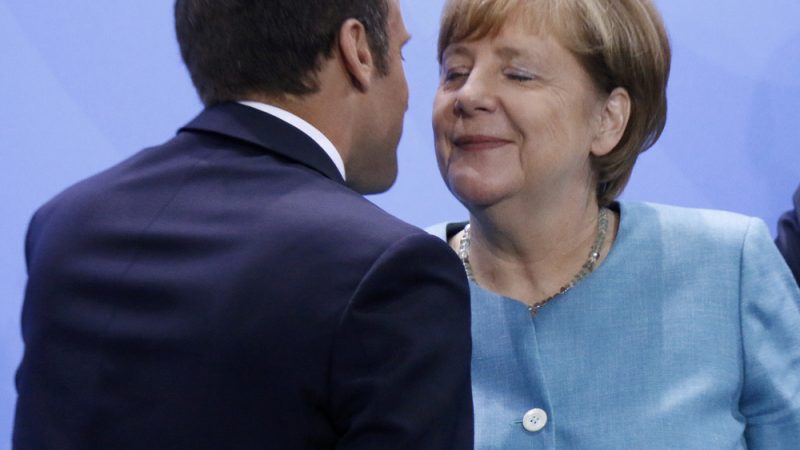 Following Chancellor Angela Merkel’s recent visit to France for her last working dinner with President Emmanuel Macron in Paris, EURACTIV France takes a look at the past four “leadership couples” at the heart of Franco-German relations.

After taking office in 2005, Merkel soon became the epitome of stability in Europe. While in France four presidents have succeeded each other since 2007, the German Chancellor is currently serving her fourth consecutive term.

When she steps down this year, she will have spent 16 years at the heart of what is often referred to as the Franco-German “engine of the EU”. However, Merkel should not be written off just yet, as she will remain chancellor until a new German coalition government is formed, which may take several months following the 26 September election.

Even though Franco-German cooperation is built on a broad web of relationships at all levels of the political apparatus, the tandem of the two leaders is highly symbolic and usually sets the pace for the overall relations.

“This pair is very important for the mediation and embodiment of Franco-German relations,” said Éric-André Martin, secretary-general of the Comité d’études des relations franco-allemandes (Cerfa) at the French Institute of International Relations (Ifri).

“The quality of the relationship between these two personalities is a decisive factor for public opinion on Franco-German relations,” he added.

Over the past 16 years, this relationship has seen ups and downs, and regularly raised questions about the balance between French and German interests in the EU. 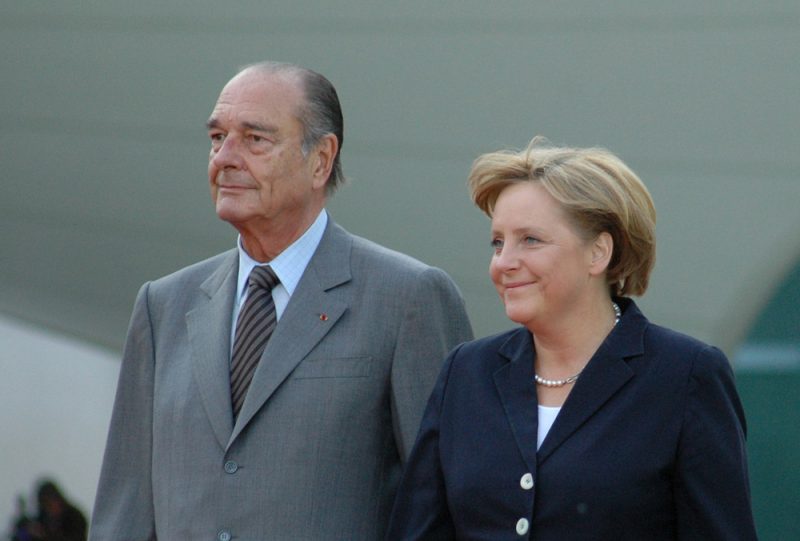 The “charmer” and “the young woman from the East”: Jacques Chirac and Angela Merkel.

The first of these duos is Merkel and Jacques Chirac. Merkel came to power “at a difficult time for Europe and for France”, according to Martin, shortly after the project for an EU constitution failed, having been rejected in France by referendum.

The French president was weakened by this but initially seemed to dominate over the much younger German chancellor. In France, Merkel was stuck with the image of “a young woman from the East” and was considered “shy” compared to the “charmer” Chirac. “Many people underestimated Angela Merkel,” the expert says today.

The German chancellor has consistently topped the annual Forbes list of the most powerful women in the world since 2006 (she is currently ranked number one for the fifteenth time in a row).

Nevertheless, the chancellor was probably “fortunate” to meet a president who was already a veteran both in Franco-German relations and on the European stage, said Frank Baasner, director of the Franco-German Institute (dfi) in Ludwigsburg. Chirac “enjoyed working with Germany” – and thus made it easier for Merkel to take her place in an already well-established structure. 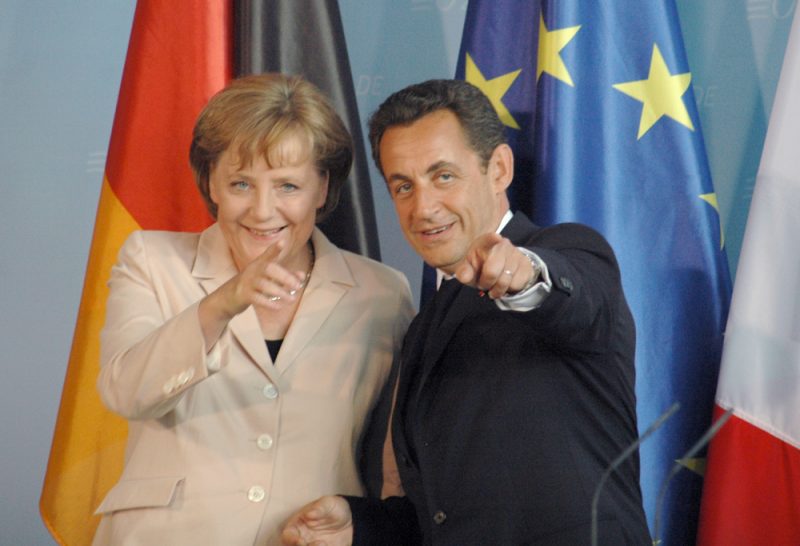 The dynamics of Franco-German relations are complex. As Baasner went on to explain, the function of the French president is much more hierarchical and powerful than that of the chancellor in Germany. In particular, the German head of government is subject to more institutional ties and obligations. As a result, “we often see a [French] president who is ready and willing to act, and who has to wonder about the feeble response coming from the German side.”

The new duo that Merkelor formed with Nicolas Sarkozy in 2007 is a perfect example of this: one could observe “how two different temperaments clashed,” said Baasner, citing “the young and dynamic habitus of the president and the calm, thoughtful, sober character of the chancellor, on whom Sarkozy could not really use his emphatically masculine charm.”

The new president of France “wanted to change many things but had no patience with the Germans. He had to painfully realise that decision-making in Germany is simply not that easy,” the researcher said.

The euro crisis and then the so-called sovereign debt crisis quickly put the new Franco-German duo to the test, yet in the end brought the two heads of state and government closer together, inspiring the term “Merkozy“.

Aware that one cannot do without the other, the president and the chancellor overcame their initial differences and “managed to pick up the intergovernmental pieces to avoid the disintegration of the Euro”, according to Martin.

Still, this period highlighted once again the imbalance between the two partners: Germany managed to get its economy back on its feet very quickly while accumulating less debt than France and, with its “economic and financial supremacy” in the EU, asserted itself as the “absolute power” in dealing with the fallout from the crisis. 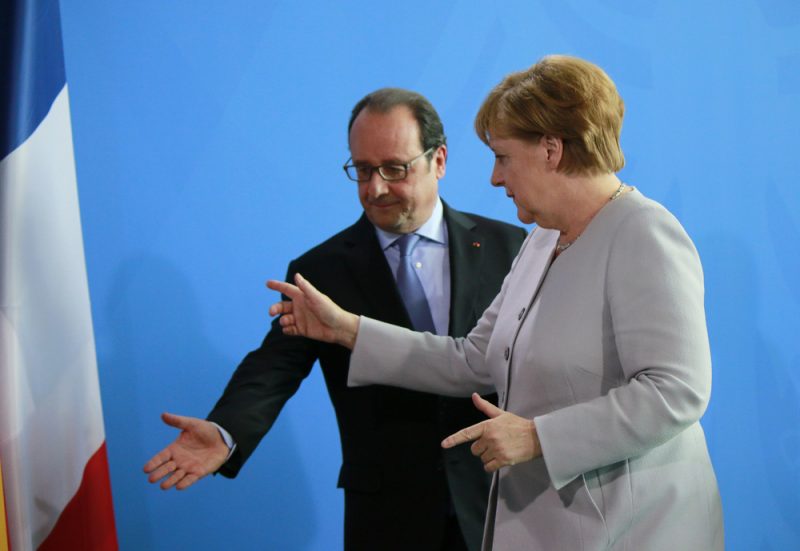 With the election of François Hollande in 2012, tensions rose on the economic and financial front, as the new president immediately opposed the austerity programme championed by Merkel (and especially her Finance Minister Wolfgang Schäuble) and announced his intention to renegotiate the Stability and Growth Pact.

Yet in the end, the relationship improved again: “The good will was still there and we learned from each other again,” Baasner said.

The question of balance nevertheless remained: France, which was still in a relatively poor economic shape, implemented reforms but their effects were slow to materialise.

In the absence of compelling measures on the French side, Merkel hesitated for a long time on the issue of which course to take in European matters, according to Baasner.

Once again, it was a crisis that brought Merkel and a French president together: The chancellor’s participation in the parades in Paris after the attack on Charlie Hebdo magazine in 2015 was a “powerful image that underlined solidarity with the French”, said Martin.

The Franco-German leadership duo also engaged together on the international stage, especially on a coordinated EU response to Russia’s annexation of the Ukrainian peninsula of Crimea.

Last but not least, Hollande also made an effort in the area of remembrance policy to “further overcome the difficulties associated with our common history”, according to the French expert. 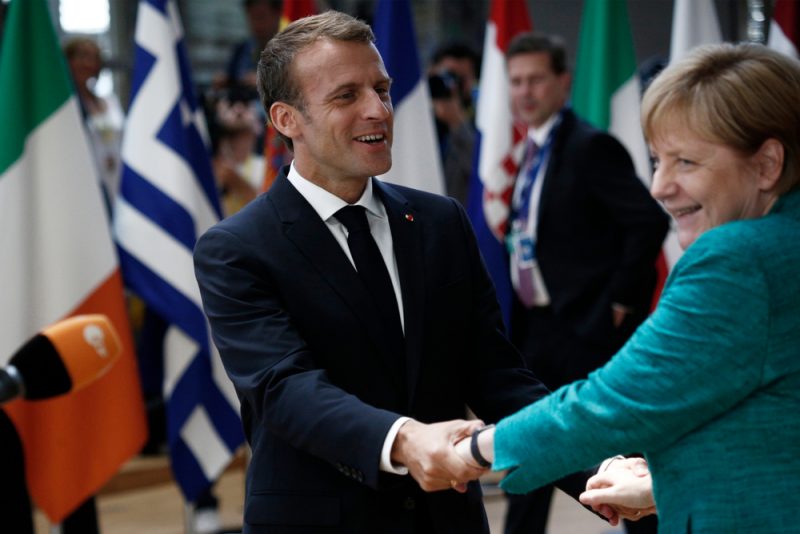 After the relatively lukewarm years of the Merkel-Hollande era, Emmanuel Macron’s arrival at the Élysée raised hopes for a dynamic upswing. On the German side, there were “many positive expectations” of the election of a French leader “who puts Europe at the centre of his presidential project and the Franco-German relationship in turn at the centre of the European project”, Martin explained.

Macron did indeed immediately undertake what in Germany might be called a “charm offensive”, added Baasner, as the president immediately “surrounded himself with people who speak good German. Never before has there been a French government with so much experience, sympathy and competence in relation to Germany.”

But, once again, Angela Merkel followed her own approach – “watching and waiting to see if great promises are actually followed by deeds,” said Martin. This Merkel-German attitude was (and is) often perceived in France as callousness and helped to solidify the feeling that many French initiatives have been “simply ignored by Germany”, said Martin.

The COVID-19 health crisis changed the situation: “The Franco-German initiative for the economic recovery of the EU [from 18 May 2020] bears the signature of Angela Merkel and Emmanuel Macron,” said Baasner.

Once again, they demonstrated the power of the Franco-German duo and its ability to play the role of a driving force within the European Union.

Ahead of a working dinner on 16 September, Merkel stated that “we want to make everything possible from the German side so that there is no standstill in the necessary decisions that have to be made”, as she is set to become interim chancellor following the German general elections on 26 September.

As Merkel is set to depart the office she had held, and 16 years of rapport with various French presidents come to an end, “lieber Emmanuel” and “chère Angela” once again demonstrated their commitment to working together beyond 26 September.

One thing seems to be common to these four duos, regardless of the individual personalities: “Every time we found ourselves in a crisis, we were somehow able to find a compromise, to take a step towards the other and rise to the occasion,” Martin concluded. “As soon as there was a serious problem, we managed to do the right thing.”

Despite the ups and downs and the very different personalities that have shaped the Franco-German duo over the years, said Baasner, “the architecture of Franco-German cooperation is constant and very stable”.

Not unlike Angela Merkel’s own staying power.