German army is ‘bare’ and has little to offer, says German army chief 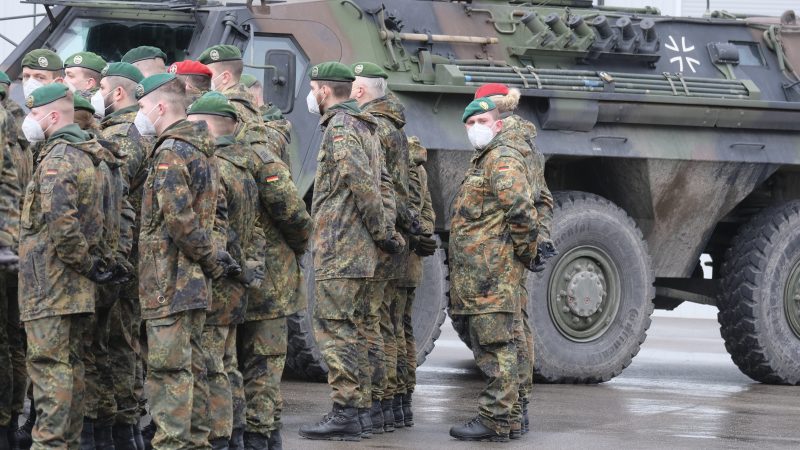 Amid the Russian invasion of Ukraine, the options the German Bundeswehr could offer were extremely limited, the army chief warned.

The German army has long been neglected in Berlin politics. The country scrapped conscription in 2011, and the post of defence minister was widely considered a dead-end for political careers, leaving the army with limited options.

“The Bundeswehr, the army I am allowed to lead, is more or less bare. The options we can offer the politicians to support the [NATO] alliance are extremely limited,” said Alfons Mais, the 21st Inspector of the Army and commander of the troops, on LinkedIn.

His comments follow a long line of complaints from the army about the budget cuts and lack of support.

“The Bundeswehr has been cut to the bone for far too long. This must not be at the expense of the security of our soldiers abroad,” said then German Foreign Minister Heiko Maas in 2019.

Nonetheless, Berlin has yet to commit itself to the 2% of GDP defence spending targets of NATO.

“We all saw it coming and were not able to get through with our arguments, to draw the conclusions from the annexation of Crimea and to implement them,” Mais added.

“This does not feel good! I am pissed off!”

Amid a rallying of troops to NATO’s eastern flank, Germany had sent an extra 350 soldiers to Lithuania to reassure its partners of its commitment despite Berlin’s refusal to supply defensive weaponry to Ukraine, nor would it immediately permit the relocation of formerly Eastern German artillery weaponry to aid the Kyiv government.

For the German army chief, now is the time to reinforce the Bundeswehr.

“When, if not now, is the time to leave the Afghanistan mission structurally and materially behind us and to reposition ourselves, otherwise we will not be able to implement our constitutional mandate and our alliance obligations with any prospect of success.”

Mais’ comments are the second time German military personnel has gone public with controversial statements following the remarks made by navy chief Kay-Achim Schönbach in January.

Schönbach had said that “Putin deserves respect” and that Kyiv would never win back the annexed territory of Crimea.