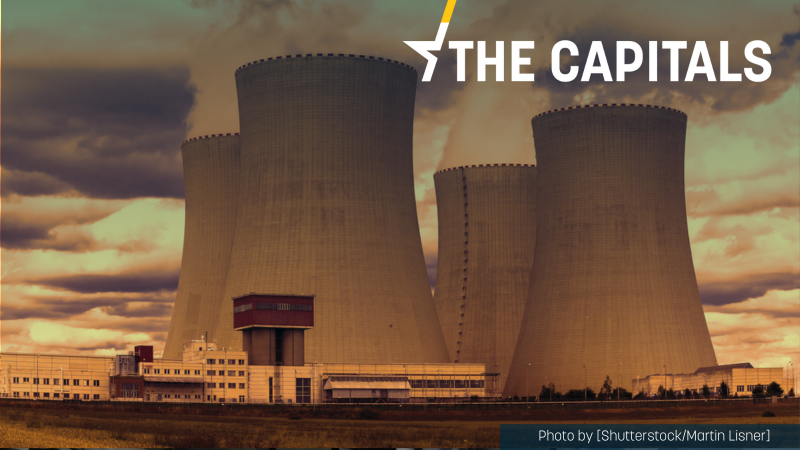 Welcome to the first ‘The Capitals’ newsletter of 2022. As we move into a new year, we would like to thank you for joining us on EURACTIV’s daily roundup of all the top news from around Europe. You can subscribe to the newsletter here.

Before you start reading today’s edition of the Capitals, read the oped by Polish Prime Minister Mateusz Morawiecki ‘The EU ETS system driven by speculators must be reformed’, written exclusively for EURACTIV.

The closure of three of six remaining German nuclear power plants last week is causing headaches in the Czech Republic, with Germany’s nuclear phase-out being dubbed a ‘radical step’ by Prague, particularly in the context of current energy price hikes. Read more.

Austria threatens to sue Commission over EU taxonomy rules. Austria will take the European Commission to court if it moves ahead with its plans to include nuclear energy in the EU taxonomy rules on sustainable finance, Climate Protection Minister Leonore Gewessler said over the weekend. Read more.

New year to start with two COVID crisis meetings in January. The Belgian government will convene two consultation committee meetings in January to address the surge in Omicron cases and their impact on the country’s intensive care units. Read more.

Moscow electrifies NATO debate. Pre-Christmas statements from the Kremlin have challenged the dogmas of Finland’s foreign and security policy and have electrified the debate on possible NATO membership. Read more.

Oil billionaire accepts verdict in Dan-Bunkering case. Dan-Bunkering and its owner Bunker Holding will not appeal a district court’s decision that found them guilty of breaching EU sanctions by supplying jet fuel used in the Syrian conflict. Read more.

Estonia plans to supply Ukraine with heavy weapons. Estonia has made a principled decision to support Ukraine in its current security situation. The plan is to donate and send missile and artillery systems designed for anti-tank defence, reports the Estonian News Agency and the Finnish media. Read more.

98 Iraqis deported from Lithuania a ‘historical event’. Lithuania’s interior minister Agnė Bilotaitė said on Sunday that almost 100 Iraqi citizens who entered Lithuania illegally were deported to their country of origin on a charter flight.

Italy mulls mandatory vaccination as over a million Italians quarantine. Compulsory vaccination has to be considered as the surge in COVID-19 cases is worrying in Italy, Franco Locatelli, coordinator of the Scientific Technical Committee of the Italian government, told newspaper La Repubblica on Sunday. Read more.

Slovakia applauds EU taxonomy, expects to use gas after 2050. The Slovak government is excited about including gas and especially nuclear projects in the sustainable finance taxonomy. Read more.

MEP sued for accusing Polish border guard of torture. A group of citizens announced they would submit complaints against themselves to the Regional Prosecutor’s Office in Warsaw and Wrocław for insulting public servants, a gesture of solidarity with MEP Janina Ochojska, accused by the government of the same offence. Read more.

30% of murders in Albania in 2021 committed against women and girls. Albania saw a 13% increase in murders during 2021, with almost a third being women or girls being killed by their partner, ex-partner, or a family member. Read more.

By reducing electricity prices, Federation is questioning BiH legal order. The director of the Secretariat of the Energy Community based in Vienna, Janez Kopač, told N1 that newly adopted amendments to the Law on Electricity in BiH’s Federation (Croat and Bosniak part), which limits the increase in electricity prices to a maximum of 20% are contrary to the Community’s legal order and set a precedent in one part of the country. Read more.

When it comes to the current assessment of air quality as unhealthy in Sarajevo, it means that the BiH capital is in the so-called red zone and that protection is recommended to avoid infection or respiratory diseases, more precisely, wearing a protective mask with filters.

Opposition VMRO-DPMNE leads opinion polls. A poll by the IPSOS agency, commissioned by VMRO-DPMNE, shows that the conservative party has extended its largest lead over SDSM in recent years of almost 9 per cent.

When asked who they would support in the next general elections in the December poll, 21% said VMRO-DPMNE and 12.5% opted for SDSM, the governing party. DUI is still the most prominent Albanian party with 7.2%, and the Levizja party – a potential VMRO-DPMNE ally, is at 4.3%. The Alliance of Albanians ranked at 3.3%, and two other Albanian parties, BESA and Alternative (which recently entered the government), combined came to one per cent.

Kosovo expels Russian diplomat, UN says no notification. Kosovo authorities have expelled a Russian diplomat from the country’s United Nations mission over national security concerns, according to Foreign Minister Donika Gervalla-Schwarz but the UN said they have not been notified. Read more.