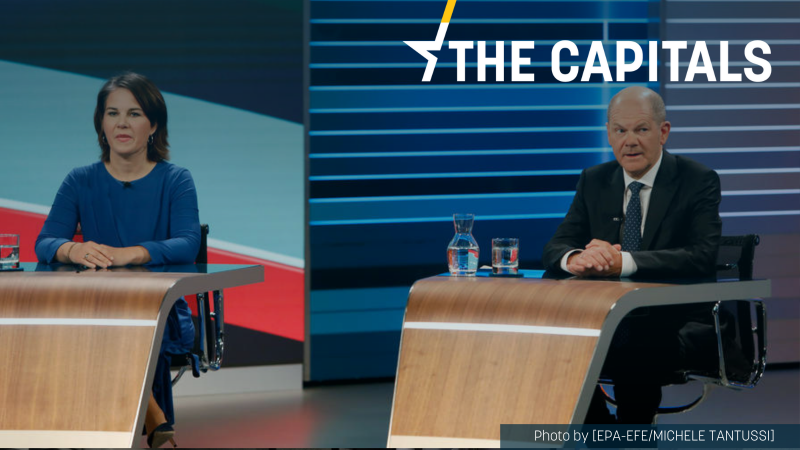 Since coming into office, Scholz has made a number of comments suggesting he wants to take key foreign policy matters into his own hands as much as possible. [EPA-EFE/MICHELE TANTUSSI]

Discord within Germany’s traffic-light government comes after German Chancellor Olaf Scholz rebuffed the Greens on high-level issues such as relations to Russia and the EU’s green taxonomy. Read more.

New Years’ strikes leave Finnish labour market in disarray. As strikes were held at the start of the New Year, the country with a long pedigree of collective bargaining since the Second World War appears to be going through a cultural change and experiencing growing pains. Read more.

Thousands of Sephardic Jews obtain Portuguese nationality. Tens of thousands of Portughese citizenship applications by Sephardic Jews have been processed by the Israeli Community of Porto, including that of Russian businessman Roman Abramovich, Rabbi Daniel Litvak told Lusa on Monday. Read more.

Spain ended 2021 with record deaths in dangerous migration routes. The number of dead and missing on the sea migration routes leading to Spain via precarious boats – commonly known as “pateras” in Spanish – has doubled in 2021 to at least 4,404 people, EURACTIV’s partner EFE reported. Read more.

Polish government accused of illegal purchase of Pegasus software. The government’s use of €5.4 million of court funds to buy the Israeli Pegasus software to investigate a person suspected of criminal activity was unlawful, claims leading Gazeta Wyborcza daily. Read more.

Pro-nuclear Prague concerned about nuclear going green in EU taxonomy. The European Commission’s proposal to label gas and nuclear energy as “transitional” or “green” investments was firstly welcomed by pro-nuclear Czechia. Czech stakeholders, however, have warned that the criteria set by the EU taxonomy is too strict and could even bring major complications for the Czech energy sector’s transformation. Read more.

For its largest defence purchase, Slovakia to choose between 4 European options and the US. As France, a fierce common EU defence proponent takes over the EU’s Council Presidency, Bratislava looks for suitors to spend millions of euros in defence cash. Five countries have expressed an interest to offer their solutions for 8×8 Wheeled Armoured Fighting Vehicles (AFVs). Read more.

Major party leader offers Sofia to trade veto over Skopje against Schengen accession. TV showman Slavi Trifonov whose party “There is such a people” is in the quadruple ruling coalition in Bulgaria proposed a deal: Sofia to lift the veto on the start of EU negotiations for North Macedonia against the abolition of US visas for Bulgarians and Bulgaria’s accession to Schengen. Read more.

Romanian government discusses measures to prepare for fifth COVID wave. Getting free masks to students and the capacity to administer COVID-19 tests in schools are some of the measures discussed in a special meeting at the government headquarters. Read more.

Serbia looks to reach transitional standards to close rule of law cluster. Serbia’s goal for 2022 is to open remaining clusters in the accession negotiations with the EU, with special emphasis on reaching transitional standards and those to close Cluster 1, referring to the basics of the rule of law, the Serbian minister in charge of the accession process, Jadranka Joksimović said on 2 January. Read more.

Dzaferovic: Orban will not save Dodik. Hungarian Prime Minister Viktor Orbán is trying to “save his political ally” BiH Presidency member Milorad Dodik to maintain his influence in the region, Dodik’s colleague in the tripartite BiH Presidency, Šefik Džaferović, said according to N1. Read more.

Kosovo steps up COVID-19 rules, only vaccinated can enter the country. From Monday, anyone wishing to enter Kosovo must provide evidence of complete vaccination comprising two COVID-19 vaccines. Read more.

Albanian government to continue concession with companies implicated in financial crime. Despite the owners of companies awarded controversial waste incinerator concessions being wanted for active corruption and money laundering, the government has confirmed it will continue paying them. Read more.