German far-right: Spats and election losses as AfD veers to the right 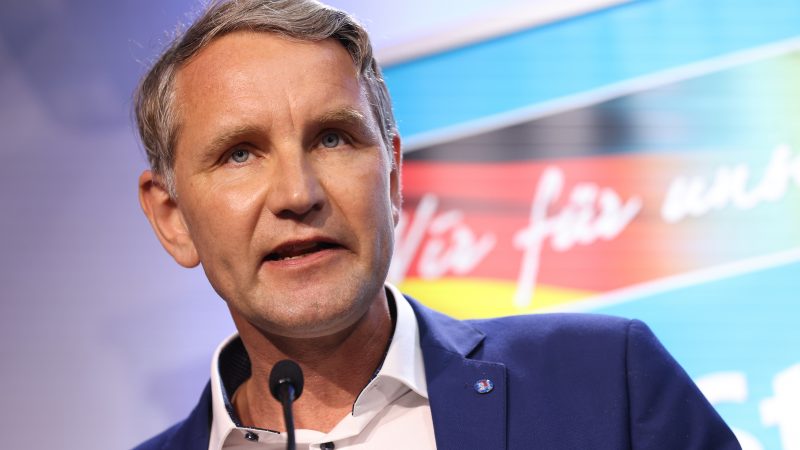 As the far-right AfD almost went below 10% of the vote share on 26 September, far-right extremist Björn Höcke is now poised to enter the ring for party leadership from a strong position. EPA-EFE/SEAN GALLUP / POOL

Germany’s far-right Eurosceptic AfD party made surprising gains in the 2017 elections, prompting fears of a new far-right wave in Europe. However, following their lacklustre result in September’s federal elections, the party has lost much of its splendour.

AfD, founded in 2013, won 12% of the vote at the 2017 elections, the best result of a German far-right party since the inception of the republic after World War Two. At the time, many feared a new wave of populism and right-wing extremism in Germany.

While these fears cannot be laid to rest, the AfD almost fell to a single digit of the shared vote in 2021, coming in at 10.3% and 83 seats in the German Bundestag, according to the results published by the federal returning officer.

“In all, this election result can not be called a success,” said party leader and EU parliament ID fraction chairman Jörg Meuthen.

He told a press conference on 27 September that calling for a German exit from the EU had cost the party voters. Asked whether he or others would step back, he said that any personnel changes following the election loss would start with lead candidates Alice Weidel and Tino Chrupalla.

“I will not let anyone badmouth our election result,” Weidel said at the press conference.

The public spat between far-right Weidel and the much more moderate Meuthen is symptomatic of one of the issues that prominent political scientist Uwe Jun thinks are to blame for the party’s losses: the in-fighting within the party between moderates around Meuthen and right-wing extremists around Weidel and her running mate Chrupalla.

The rift first became apparent at the Dresden party convention in April 2021, where the party essentially voted to run on a far-right platform that called for Germany to leave the EU.

Meuthen, who is comfortable with his spot as the chairman of the ID party family in the European parliament, was reportedly unhappy with the Dresden outcome.

He later noted that many voters had told him, “We’d like to vote for the AfD, but we want Germany to stay in the EU”, resulting in the party losing voters to all its competitors bar the far-left party Die Linke. 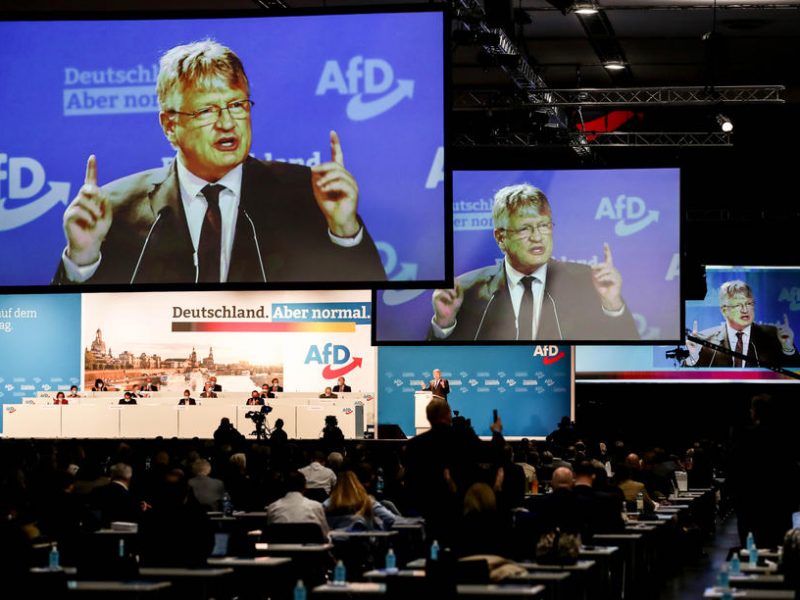 Germany’s far-right AfD party vowed to campaign for an end to COVID-19 restrictions, a tougher line on migration and an exit from the EU as it finalised its manifesto for the September elections on Sunday (11 April), with the radical … 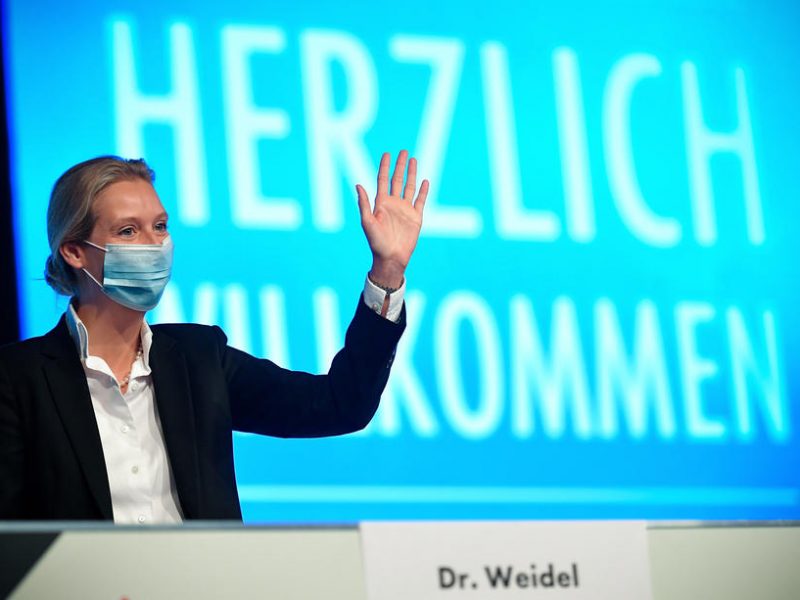 Another reason for the AfD’s losses is that Germans were voting for a new government, making the party less attractive as all other parties had ruled out governing alongside the AfD, Jun told EURACTIV.

And while migration was the most polarising issue in 2017 and part of the AfD’s political identity, he added that such was not the case during the 2021 elections.

While the AfD lost votes overall and barely achieved more than 8% of the vote in West Germany, it made significant gains in East Germany, clocking almost 19% of the vote.

In Saxony and Thuringia, the AfD even became the strongest party, as voters from the far-left Die Linke moved to the far-right AfD, which experts have called a shift in the protest vote.

“The “Thuringia Way” is the right way,” said leader of the AfD Thuringia Höcke in a letter on 29 September. Thuringia was the only region in which the AfD had gained votes.

As the party heads towards a convention in December, Höcke looks strong enough to claim leadership.

The election results weakened his rivals, Weidel and Chrupalla, while moderate long-time party chief announced Monday (11 September) that he would not run for re-election in December.

Meuthen was one of the last comparatively moderate prominent members of the party.

As most new AfD MPs are ideologically close to him, 43 out of 82 as reported by Monitor and Georg Restle, Höcke, who can legally be called a fascist, may displace his long-time rival Meuthen as party chief in December and finish the process the party started in April.