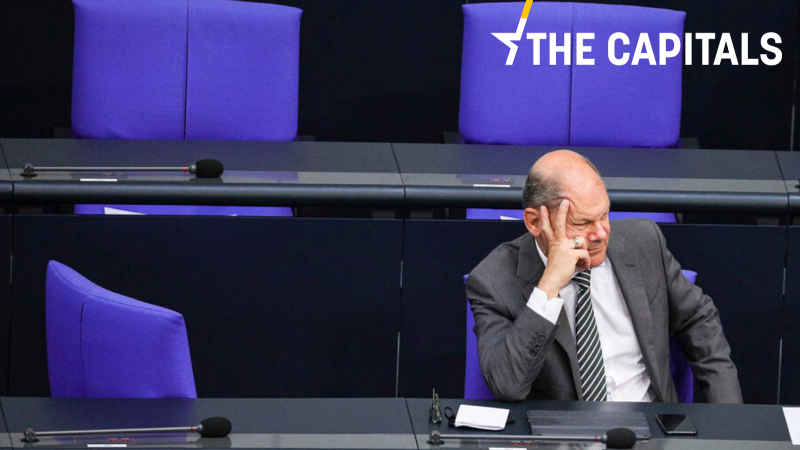 Before you start reading today’s edition of the Capitals, feel free to have a look at our EU summit piece Leaders edge closer to deal as EU recovery fund talks enter fourth day by Beatriz Rios.

Wirecard scandal could turn out to be much bigger than expected. Following reporting from Der Spiegel that the German chancellery had undertaken lobbying work on behalf of the scandal-hit Wirecard financial services company, the Greens, liberal FDP and Die Linke, who are in opposition, are now demanding a formal clarification from Finance Minister Olaf Scholz (SPD).

While Germany’s financial supervisory authorities have been the subject of much criticism after Wirecard declared on 25 June that nearly €2 billion had gone missing from its balance sheets, the ‘balance sheet scandal’ may turn out to be much bigger, involving multiple government officials, including Chancellor Angela Merkel herself. EURACTIV Germany’s Sarah Lawton takes a closer look.

At Facebook, we are committed to helping small businesses succeed. We partnered with the World Bank and the OECD to survey businesses in 50+ countries and regions to understand the challenges they face and ways we can better support them.Go further: Read the first report

Decision on compulsory masks postponed due to EU Council. Although Austria’s government was set to decide on Sunday (19 July) whether facemasks in shops would again be mandatory after the number of COVID-19 cases recently surged due to clusters in churches and slaughterhouses, Chancellor Sebastian Kurz (ÖVP) is still at the European Council in Brussels, so the decision was postponed for Tuesday. Although the restriction was dropped in mid-June, unconfirmed media reports suggest the comeback of masks has already been ‘green-lighted’.

Macron won’t give up on ‘European ambition’. After “two days and two nights” of debate in the European Council, French President Emmanuel Macron has been uncompromising on the rule of law issue. “It is at the heart of the conditionality of this budget, for which there was very broad consensus yesterday that we must not give in, that it is at the heart of European principles and values,” the president explained before starting the third day of negotiations on Sunday (19 July).

According to Macron, it is “the amount of this recovery fund” that creates problems.”Here too we have disagreements, different sensitivities that have emerged,” he said, noting, however, that “the willingness to compromise cannot make us give up the legitimate ambition that we must have”. (Anne Damiani | EURACTIV.FR)

No new measures. Belgium’s consultative committee concluded on Sunday (19 July) an evaluation of the current COVID-19 situation in the country, but did not agree any new measures to tackle the recent flare-up of cases. “Analysis shows that the upsurge in the epidemic is shown at this stage by several particularly localised problems and not by a general dispersion,” the committee said in a statement. “At the same time, the indicators on hospitalizations and deaths are stable”.

In other news, Belgium’s Labour Minister Nathalie Muylle announced the extension of a measure facilitating temporary unemployment until at least the end of the year, amid expectations of a wave of requests from employers. (Alexandra Brzozowski, EURACTIV.com)

Bettel announces new restrictions.  After  two days at the European Council summit in Brussels, Luxembourg’s Prime Minister Xavier Bettel travelled back to the Grand-Duchy to announce new COVID-19 measures, which include allowing a maximum of 10 people in private gatherings both inside and outside, compared to the 20 previously allowed, as well as punishing those who do not respect self-quarantine rules. “Not sticking to the rules is pure selfishness,” said the prime minister. (Anne Damiani | EURACTIV.com)

Schools still set to reopen in September. Italian Education Minister Lucia Azzolina confirmed that schools will reopen on 14 September and new lockdowns would be “out of the question”. As opposition parties lashed out against the minister, she said she was ready to debate Lega’s Matteo Salvini on TV. EURACTIV Italy’s Alessandro Follis has the details.

Barcelona in lockdown, again. Around four million people in Barcelona and its surrounding area went back into lockdown for 15 days on Saturday (18 July) after a resurgence in COVID-19 infections over the past week. The day before, the regional government announced measures urging people to stay at home unless for essential reasons, and not to travel to their second homes. Besides, social gatherings will be limited to 10 people, the capacity of bars and restaurants capped at 50%, and night clubs, cinemas, theatres and gyms have been ordered to close.

The situation cannot be classified as a new wave of COVID-19, Spanish Health Minister Salvador Illa said in a radio interview, adding that “in Barcelona, there is community transmission. That’s how it is, we have to say it.” (EUROEFE)

New peak. With 4,784 active coronavirus cases recorded in the Czech Republic as of Sunday, the country has now reached its highest level since the start of the pandemic. The Moravia-Silesian region, which is located near the Polish border, has again made facemasks mandatory and banned events with more than 100 participants given that it is now the region’s new epicentre. (Aneta Zachová | EURACTIV.cz)

Orban calls out ‘the Dutchman’ for EU summit disarray. Hungarian Prime Minister Viktor Orban said on Sunday (19 July) that his Dutch counterpart Mark Rutte was mainly to blame for the deadlock at the EU summit.

“I don’t know what is the personal reason for the Dutch prime minister to hate me or Hungary, but he is attacking so harshly,” he told reporters in front of the steps of the Museum for European History in a Brussels park, a few steps away from the summit venue. More details on that here.

New government’s first reform. Downsizing local administration by reducing the number of councillors by 20% and cutting the number of municipalities will be some of the new government’s first moves, the government of HDZ’s Prime Minister Andrej Plenković has announced. This could annually save up to HRK100 million, according to most recent estimates. EURACTIV Croatia’s Tea Trubić Macan reports from Zagreb.

Slovenia PM sees ‘very political summit debates’. The debates during the EU Council summit are “significantly more political than ever before. Unfortunately, there’s a lot of dwelling on side topics and this prevents us from focusing on key issues,” Slovenian Prime Minister Janez Janša told reporters in Brussels on Sunday, on the third day of the EU summit. EURACTIV’s Zoran Radosavljević has more.

Bulgaria threatened by civil unrest. The protests demanding the resignation of the government and the chief prosecutor which have sparked across the country for the past 10 days have started to escalate into civil disobedience, causing blockades of streets and major roads.

While one of the protest’s main organisers in Sofia, lawyer Nikolay Hadjigenov, said the National Assembly would be blocked today due to the no-confidence vote in government an that the protests aim to “completely block all activities” in the country, Prime Minister Boyko Borissov on Sunday neither confirmed nor denied that he would resign any time soon in response to daily newspaper Dnevnik‘s questions. “There are laws and a Constitution. We act according to the Constitution,” Borissov added. (Krassen Nikolov | EURACTIV.bg)

Commission monitors closely on rule of law. The European Commission regularly monitors the state of the rule of law in Serbia, including press freedom, European Commission spokeswoman Ana Pisonero said on Friday, urging Belgrade to conduct an actual dialogue with all of the country’s political factions in the interest of continuing important reforms. EURACTIV Serbia has more.