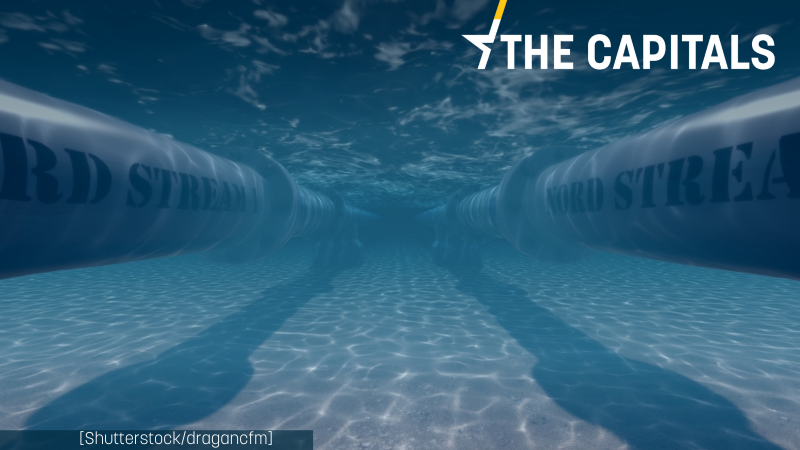 If flows through Nord Stream 1 remain at 40% and Germany continues the level of its exports to European neighbours, the country would face a gas shortage at the beginning of February 2023, the federal network agency predicts.  [Shutterstock/dragancfm]

Today’s edition is powered by Equinor.
We set ambitious targets, now we accompany them by action.
We aim to be a net-zero energy company by 2050 and to achieve that we have designed our first Energy Transition Plan; a concrete plan of defined actions to ensure we deliver on our ambition.
Continue Reading >>

Germany’s gas supply is running at alert level, with government predictions suggesting a tough winter ahead, leading to an even tougher choice- keep supplying European countries or keep gas for citizens. Read more.

Croatia aims for speedy post-COVID recovery this summer despite inflation. Returning to complete normalcy after the pandemic shock will be challenging as inflation causes additional headaches. However, stakeholders insist that the situation in Croatia is improving quickly, and the government is decisive in taking advantage of the momentum. Read more.

Finnish MP resigns from party parliamentary group. Wille Rydman, an MP for the liberal-conservative National Coalition Party, resigned from the party parliamentary group “until further notice” after Helsingin Sanomat had published an investigation on Sunday claiming that Rydman had used his political status to lure young and underage women. Rydman has denied accusations, and the police have not pressed charges. (Pekka Vänttinen | EURACTIV.com)

Majority of Spanish left-wing parties now support NATO. There is increased support from leftist parties, who had opposed the military alliance, in Spain’s participation in the defensive pact ahead of next week’s NATO summit in Madrid, a survey by a Spanish think tank revealed on Thursday. Read more.

American woman in Malta to travel to Spain for abortion. An American woman on holiday in Malta who was refused an abortion due to a blanket ban, despite being in the middle of a miscarriage with her life in danger, is finally to be medically evacuated to Spain, where the procedure will take place. Read more.

Slovakia second-worst in EU funds absorption after Croatia. Slovakia ranked second to last in the absorption of EU funds in the 2014-2020 programming period only beaten by Croatia, the National Bank of Slovakia says. Read more.

Albania to tax income from cryptocurrency trading by 2023. Albania is set to start taxing income derived from cryptocurrency as of 2023, according to a new draft law on income tax, as the country hopes to pass a raft of laws and bylaws by the end of the year. Read more.