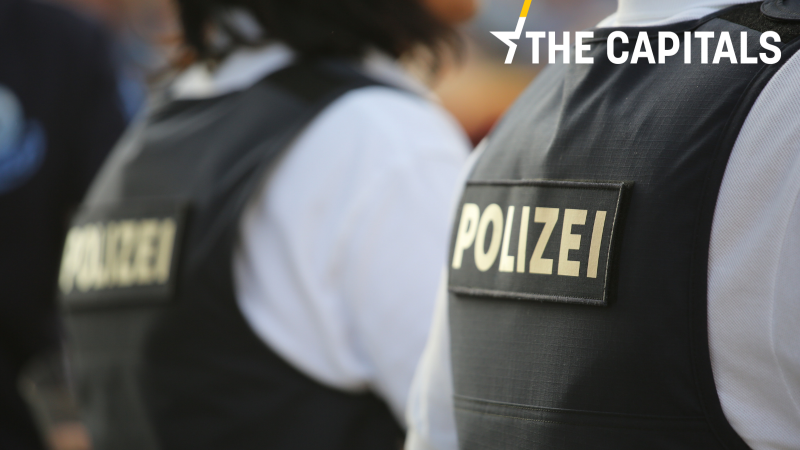 Before you start reading today’s edition of the Capitals, feel free to have a look at the article Mandatory relocation still point of contention in new EU migration pact.

In case you want to catch up with the policy aspects of European Commission President Ursula von der Leyen’s State of the Union, have a look at our analysis here.

German police officers suspected of right-wing extremist chat groups. Authorities in the German state of North Rhine-Westphalia (NRW) have been notified about a chat group, where police officers exchanged right-wing extremist messages. The discovery implicates 29 officers from a small town near Essen, 11 of whom actively sent out the messages. All officers have been temporarily removed from duty. Read more.

Economic downturn ahead. The year 2020 will see a 10% drop in growth compared to the previous year due to the COVID-19 health crisis, France’s economy and finance ministry has estimated. However, the ministry also anticipates a 8% increase in GDP for 2021.

These macroeconomic forecasts have been submitted ahead of the publishing of the draft Finance Law for 2021 on 28 September. The public deficit, for its part, will rise to 10.2% of GDP, while debt will be 117.5% of GDP. (Anne Damiani | EURACTIV.FR)

Human trafficker caught smuggling 43 people in truck. 43 passengers, who were being smuggled in a truck, jumped off at a motorway exit in Lower Austria, but as they, together with their smuggler, ran into the surrounding fields, police caught them and gave them first aid. The truck had no ventilation system and several passengers were in bad health, according to the police. (Philipp Grüll | EURACTIV.de)

New travel red zones. Several new areas in the EU, including Amsterdam, Vienna and Budapest as well as provinces in France and Croatia, will become red zones for travellers from Belgium from Friday, according to the Belgian foreign ministry’s latest update.

The country therefore will no longer allow non-essential travel to these areas, and a test and quarantine upon return will be mandatory, starting Friday 18 September 4:00 PM. (Alexandra Brzozowski, EURACTIV.com)

Self-quarantine shortened. Luxembourg’s council of government validated the draft amendment aimed at reducing the duration of self-quarantine, which will be tabled by Health Minister Paulette Lenert (LSAP) by the end of the week. Rather than the previous 14 days, self-quarantine will now last 10 days “without renewal”. The country’s COVID-19 bill should be voted on next week.

Budget proposal boosts climate targets. Finland should become carbon neutral by 2025, announced the country’s green-red five-party coalition. Content for the promises made were provided as the government announced its budget proposal for 2021 on Wednesday (16  September). Read more here.

UK PM says he has ‘every hope’ of avoiding no-deal. Prime Minister Boris Johnson on Wednesday said he had full confidence that Britain and the EU will avoid a potentially disastrous cliff-edge “no deal” at the end of this year. But he refused to back down on controversial new legislation that he openly admits will break international law and which has put his government at loggerheads with Brussels. Read more.

Farmers lament lack of support from Commission chief as Brexit looms. The president of the Irish farmers association has expressed disappointment at the lack of support European Commission President Ursula von der Leyen showed Irish citizens and farmers in her first State of the Union speech, saying that her comments about Brexit were “chilling” for Irish farmers. Read the full story here.

Universities to reopen under mixed learning system. The majority of universities in Italy will reopen, confirmed University and Research Minister Gaetano Manfredi. Half the lessons will be held in-person, while the other will be held remotely. Read more.

While Spain’s public financial institution lowered growth forecasts for 2021 to 4.1%-7.3% in its latest report released on Wednesday, the economy’s contraction for 2020 was placed in  between 10.5 and 12. 6%, a figure that is in line with its June forecast. More here.

In other news, the deputy regional minister of Public Health of the Madrid region (Comunidad de Madrid) announced on Wednesday (16 September) that, as from this weekend, “more drastic” measures will be put in place, in an effort to contain –and prevent- the expansion of the pandemic, particularly in schools and working places, EFE reported.

Zapatero did not speak about extreme measures such as strong limitations to mobility among others, similar to the ones adopted during the state of alarm, However, it is likely that these “selective lockdowns” will be put in place in Madrid’s most hit areas (particularly in southern parts of the capital, such as Usera, Vallecas and Villaverde).

In other news, 5G will reach a large portion of the Greek population in 2021, said Digital Governance Minister Kyriakos Pierrakakis on Wednesday (16 September) during the review of the Digital Governance Code by a parliamentary committee.

Pierrakakis added that population coverage by 5G networks is projected to reach 60% in three years and 94% in six years. 5G spectrum auction for new permits is scheduled before the end of this year. (Theodore Karaoulanis | EURACTIV.gr)

Election violated Constitution and other laws. The Provincial Administrative Court in Warsaw ruled that by commissioning the Polish Post Office to organise correspondence elections in May, Prime Minister Mateusz Morawiecki had violated the Constitution, the Electoral Code and the Act on the Council of Ministers, as well as other pieces of legislation. Read more.

‘Unrealistic’ climate plans. A 55% reduction in greenhouse gases by 2030, as presented by European Commission President Ursula von der Leyen in her Wednesday speech, is unrealistic for the Czech Republic, Industry and Trade Minister Karel Havlicek has said.

Havlicek added that the goal could be met later if the country wants to maintain energy self-sufficiency and not destroy its industry, noting that the Commission should first discuss goals with member states, then come to conclusions.

Draft of Slovak national reform plan leaked. The document titled ” Slovakia 2.0″, which sets out the future basis for financing from the recovery and resilience facility has been leaked by Slovak media.

The document is structured around eight areas, which include: tax reforms; green economy; labour market; education; science, research and innovations; health; public institutions and regulations; digitalisation. Though it still needs to be discussed within the ruling coalition, it is already clear that some of the proposed measures, such as the increase of teachers’ salaries, will not be eligible for financing.

In other news, the ratio of positive cases detected by testing is increasing slightly, now surpassing 4%. This can be the result of better tracing of potential contacts and a relatively low number of tests. Travellers from the Czech Republic – excluding students and commuters – will have to undergo quarantine and get tested as the country is now a so-called “red country”, the central crisis staff has decided. (Zuzana Gabrižová | EURACTIV.sk)

New COVID-19 measures. In a video address posted on Facebook, Hungarian Prime Minister Viktor Orbán said that experts expect the second wave to reach its peak around December-January. “Everyone can rest assured, if they catch this disease, we will cure them,” Orbán said. Read more.

Dodik coming to Zagreb. Bosnian Serbs leader Milorad Dodik visited Zagreb on Wednesday (16 September) and met with Croatian President Zoran Milanović and Prime Minister Andrej Plenković, in the capacity of the Serb people representative, rather than a member of state’s collective presidency. His visit, however, was highly criticised by the other two representatives of Bosnia and Herzegovina (BiH), Željko Komšić and Šefik Džaferović, who resent Dodik for frequently publicly questioning the existence of BiH. Read more.

Police violence during protests against journalists should be investigated, say MEPs. “All allegations of ill-treatment or violence against journalists must be immediately investigated,” the members of the media working group wrote to Interior Minister Hristo Terziiski. “We also call on you to take immediate steps to ensure that all journalists covering protests and public events can do so safely, independently and with the full protection of the law”, the MEPs insisted.

Their letter comes after some cases of brutal police violence during the ongoing anti-government protests in Sofia. Yesterday (16 September) marked the 70th day of the protests urging the government and the general prosecutor to resign. Some protesters even sat in the National Assembly building and refused to leave before the wanted resignations. By the evening, however, they were forced to leave. (Krassen Nikolov | EURACTIV.bg)

Too few prosecutors. After the European Public Prosecutor’s Office (EPPO) asked Romania to delegate between 20 and 30 prosecutors to investigate cases regarding fraud with EU funds, the country’s justice ministry only sent 10, G4Media reported. Though Romania’s then socialist government tried last year to block the appointment of current EU Chief Prosecutor Laura Kövesi, it is now a centre-right government that is not willing to properly staff the institution. Read more.

In other news, Romania recorded 1,713 new cases of coronavirus on Wednesday (16 September), the highest number of new cases in a single day since the outbreak of the pandemic, the government announced. The country’s total number of infections has now surpassed the 107,000-mark, while the number of deaths caused by COVID-19 stands at 4,285. However, President Klaus Iohannis confirmed that no restrictions will be introduced in the next period, but that people need to observe the distancing and hygiene rules. (Bogdan Neagu | EURACTIV.ro)

In other news, the United Opposition of Serbia (UOS) demanded that the Serbian government get in touch as soon as possible with international organisations, primarily EU institutions, to ensure that the COVID-19 vaccine that will be used in EU member states be made available to the citizens of Serbia as well. More on this here.