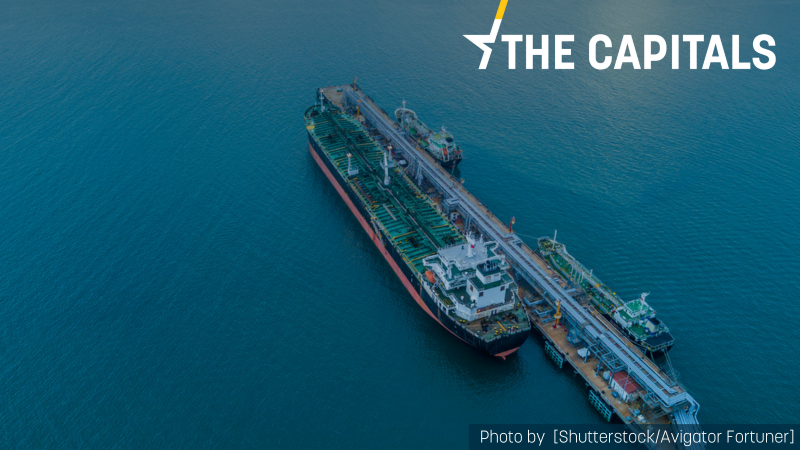 EURACTIV has also learned that several countries have requested to impose an oil embargo on the condition that the current contracts expire.  [Shutterstock/Avigator Fortuner]

Germany now favours an EU embargo on Russian oil, having previously opposed further energy sanctions against Russia, according to information obtained by several national media. Meanwhile, EURACTIV was informed that the EU is considering banning imports of oil transferred by tankers and allowing the ones through pipelines, at least for now. Read more.

French left, and ecologists join forces on Labour Day. Thousands gathered across several French cities to participate in Labour Day demonstrations on 1 May, just a week after French President Emmanuel Macron was re-elected and as parties gear up for legislative elections in June. In a symbolic move, the same day Jean-Luc Mélenchon’s La France insoumise (LFI) reached a deal with Julien Bayou’s Europe-Ecologie-Les-Verts (EELV). Read more.

Dutch port employees refuse to dock Russian oil tanker. Workers at the Amsterdam port refuse to unload a Russian oil tanker that was previously refused docking at a Swedish port and is now anchored in the sea lock in IJmuiden, broadcaster NOS reports. Read more.

Bank set to increase rates over inflation fears. The Bank of England is expected to increased interest rates later this week as it comes under growing pressure to address rising inflation in the UK economy. Read more.

MEP: Finland’s mistrust towards Russia is increasing. In an interview with EURACTIV, Finnish Green MEP, Alviina Alametsä said that a majority in parliament and the public in her country are now in favour of NATO membership, for which it hopes to have “some signals and symbols of support during a possible membership application”. Read the interview.

Italian president says recovery plan should help increase work safety. Italy’s recovery and resilience plan “should also be dedicated to increasing safety at work,” President Sergio Mattarella said at the Quirinale during the Workers’ Day celebration on Sunday, adding that creating more jobs should not translate “into more injuries at work”. Read more.

Greece to raise Turkey’s stance on Russia with EU states. The Greek government is expected to raise with its EU partners Ankara’s decision not to join western sanctions against Russia, questioning Turkey’s narrative of being a neutral broker, EURACTIV has learned. Read more.

Prague pressures Budapest to change its Russia stance. Czech Prime Minister Petr Fiala wants to convince his Hungarian counterpart Viktor Orbán to change his stance on Russia as Hungary is among the countries willing to pay for natural gas imports in roubles – a move unacceptable for Czechia despite its heavy Russian gas dependency. Read more.

Most Slovaks oppose Russian gas import ban. More than 60% of Slovaks are not in favour of stopping Russian gas imports, while only 25% favour a gradual halt, and 7% want an immediate one, a new survey by the Focus agency has found. Read more.

President says Croatia was wrong to buy French Rafales. Croatian President Zoran Milanović on Sunday criticised his country’s decision to buy 12 Rafale fighters from France because they are “useless” and not what the country needs. Read more.

Fuel prices surge after price caps end in Slovenia. On Sunday, regular petrol prices in Slovenia jumped by about 8%, and diesel became over 20% more expensive than Saturday after the government decided to end price administration. Read more.

Albania to go digital as of May. Albanians will have to use the government’s e-services portal from Monday to receive the vast majority of public services, including collecting copies of their birth certificates, paying taxes, and more. Read more.