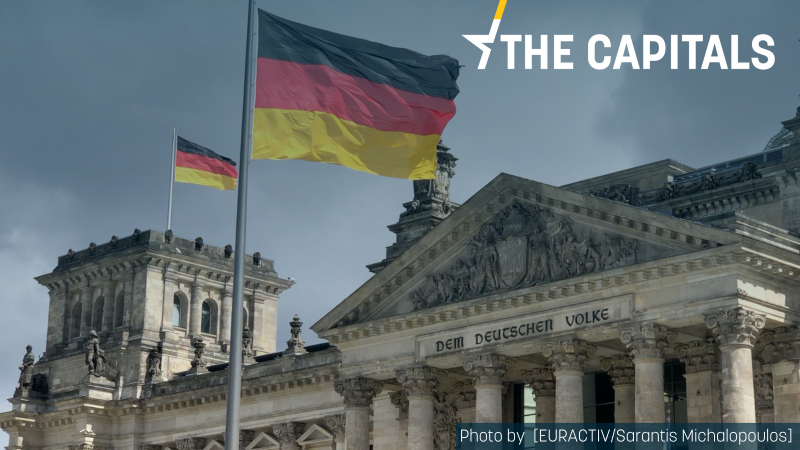 Russia is ready to provide a humanitarian corridor for vessels carrying food to leave Ukraine in return for lifting some sanctions, Deputy Foreign Minister Andrei Rudenko was quoted as saying on Wednesday by the Russian news agency Interfax. [EURACTIV/Sarantis Michalopoulos]

Germany will not rely on Russia to keep any of the promises it makes, a government official told EURACTIV Germany after Moscow offered to allow wheat exports from Ukrainian ports in return for an easing of sanctions. Read more.

French health authority recommends another COVID booster for most vulnerable. The French High Authority for Health (HAS) recommends a vaccination campaign be implemented in autumn to protect the most vulnerable as the COVID-19 pandemic is likely to resume. Read more.

Austria’s Carinthia halts passport issuance over ransomware attack. Criminal hacker group Black Cat is demanding $5 million in Bitcoin from the Austrian state of Carinthia in exchange for decryption software and sensitive data it claims to have accessed following a hacker attack that resulted in a massive IT failure of government services on Tuesday. Read more.

Left-green coalition unveils its plans for Amsterdam. The PvdA party, the GroenLinks party, and the D66 party officially confirmed on Wednesday that they would join forces to lead the administration of Amsterdam and focus on equal opportunities, a sustainable future, and responsible growth, Dutch News reports. Read more.

Johnson survives ‘partygate’ again. Boris Johnson appears to have survived the final report into lockdown-breaking parties and social gatherings in his Downing Street residence at the height of the COVID pandemic on Wednesday, but the prime minister may well have suffered terminal damage to his reputation. Read more.

Finnish growth to rebound before slowing down. The Finnish economy will continue to recover and bounce back from the COVID-19 pandemic before slowing down in 2023 due to growing inflation, tighter monetary policy, and the overall uncertainty caused by the Ukraine war, the OP Financial Group predicted in its forecast published on Monday. Read more.

Lithuania to send Ukraine military equipment worth over €15 million. Lithuania’s defence ministry and armed forces are preparing 20 M113 armoured vehicles, 10 military trucks, and 10 demining SUVs to be given to Ukraine. Read more.

Greece sends more weapons to Ukraine, angering the opposition. US Secretary of Defense Lloyd Austin has announced that Greece will provide Ukraine with more weapons, triggering the opposition’s reaction which said there was no prior notification from the government about such a move. Meanwhile, Moscow lashed out against Greek Prime Minister Kyriakos Mitsotakis over his “faith” in Washington. Read more.

Greece fumes at EU Commission over silence on Turkey’s fresh escalation. Athens was surprised by the European Commission’s lukewarm initial reaction to the statement of Turkish President Recep Tayyip Erdoğan, who said that for him, Greek Prime Minister Kyriakos Mitsotakis “no longer exists”. Read more.

Portugal in 2021 sees biggest annual increase in gang crime, rape. Gang crime, juvenile delinquency, and rape are among the crimes that increased the most in 2021 compared to 2020, the annual internal security report approved by the Supreme Council for Internal Security on Wednesday has found. Read more.

Polish opposition demands more power for regional governments. Four opposition parties signed a declaration on Wednesday calling for more financial muscle to be handed over to local authorities as opponents of the ruling Law and Justice (PiS) party eye next year’s municipal elections as a chance to take power back from right-wingers at the regional level. Read more.

Hungary lets Serbia store gas to ensure steady winter supply. Serbia can use Hungary’s facilities to store 500 million cubic metres of gas to secure a steady supply during winter according to an agreement reached between both states in Budapest Wednesday. Read more.

Romania set to leave Russia-led investment banks. The Romanian government decided on Wednesday to announce its intention to leave the International Bank for Economic Co-operation (IBEC) and the International Investment Bank (IBB), both of which count Russia as a main shareholder. Read more.

Russia complains to Croatia over ‘hostile behaviour’. Croatia has chosen a hostile and destructive approach to its bilateral relations with Russia, which harms the interests of people in both countries, Moscow said on Wednesday, urging Zagreb to return to “constructive dialogue”. Read more.

Robert Golob elected Slovenia’s environmentalist prime minister. Parliament elected Robert Golob prime minister by a 54 to 30 vote on Wednesday, just over a month after his green Freedom Movement won the general election in a landslide on a pledge to reform politics in the country. Read more.

Publication of Albanian salaries annually incompatible with EU law. The Albanian government’s possible plan to publish the salary of every citizen on an annual basis could find itself up against a legal hurdle, particularly if it wants to join the EU. Read more.