In the German context, corruption usually takes place in the form of party donations. This repeatedly causes scandals, as recently in the recent case involving AfD co-head Jörg Meuthen. In the 2016 Baden-Württemberg election campaign, Meuthen received €89,000 from the Swiss Goal-AG.

Germany has made no progress in the fight against corruption in the past year, according to Transparency International. In the German context, corruption usually takes the form of party donations. EURACTIV Germany reports.

Transparency International published its annual Corruption Perception Index (CPI) on Thursday (23 January), pointing out that little progress has been made in the fight against corruption globally.

Of the 180 countries, only a third were able to improve, while the rest stagnated or even dropped further down the index.

The EU is the region with the best results, with significant improvements registered notably in Greece and Italy. Yet, Malta saw the most significant drop compared to the other EU member states.

Germany is in ninth place, meaning it now ranks two spots higher than last year. But this is “not because we got better, but because others got worse,” explained Hartmut Bäumer, Chairman of Transparency International Germany.

There has been no improvement in Germany, as the country has dropped further in the sub-index on perceived corruption, which is due to the Cum-Ex affair and Dieselgate. 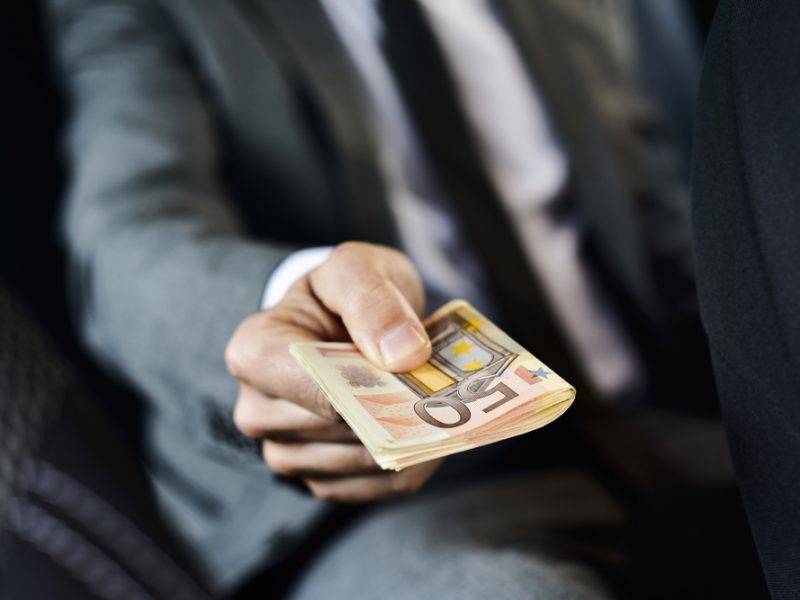 Transparency International is not alone in its assessment. As early as 2019, the Council of Europe criticised Germany’s deadlock in the fight against corruption.

“Unfortunately, little has been done so far,” Bäumer said, which is why change is necessary. If nothing is done, there is a danger of “a loss of confidence in the democratic system,” he warned.

In the German context, corruption usually takes the form of party donations. This repeatedly causes scandals, as in the recent case involving AfD co-head Jörg Meuthen. In the 2016 Baden-Württemberg election campaign, Meuthen received €89,000 from the Swiss Goal-AG. What Meuthen described as a “friendly service” was considered by the judiciary to be an illegal party donation and a fine was imposed. Although Meuthen then sued, he eventually lost.

In 2017 the AfD again received donations from Goal-AG, with €44,500 going to party candidate Guido Reil. In the federal election campaign, money also flowed from Switzerland to the AfD. This time, €132,000 were sent from a pharmaceutical company to Alice Weidel.

The chairman of Transparency International in Berlin suspects that this money originally came from Germany and was channelled through Swiss companies to hide the donors’ identities. In order to prevent this, the NGO recommends either banning donations via third parties or making it mandatory to disclose where the money came from.

The Social Democratic Party (SPD) is also known for having pocketed questionable donations.

This is shown by the donations scandal surrounding the parliament’s former SPD member. Joachim Wolbergs, who was mayor of Regensburg at the time in question. His local association is said to have received up to €618,000 from construction companies in 2013 and 2014, divided into several individual donations below the publication limit.

“Other limits must be drawn here,” Bäumer said. Individual donors should be able to give a maximum of €50,000 per year to a party, and donations should be notifiable starting at €2,000.

A further problem are hidden party donations. Bäumer said many practices are meant to circumvent disclosure obligations, for example when companies deliberately overpay for advertising locations at party conferences.

Demands for a mandatory public register of lobbying organisations is not new: NGOs submitted a draft law as early as 2017. Under the proposal, only registered lobbyist would be allowed to speak to members of parliament in ministries or in the Bundestag. In order to guarantee a “legislative footprint”, all conversations would then have to be recorded.

Bäumer also wants additional income of members of parliament to be more clearly stated and for corporate criminal law to be introduced. At the moment, he said, action can only be taken against individual persons, not entire companies.

Justice Minister Christine Lambrecht (SPD) plans to promote such a corporate law but under a different name. And that is because the word “corporate criminal law” would “turn on the red lights for the coalition partner”, Bäumer said.