Mediator, mechanic, driver: Angela Merkel has had many roles in Brussels over the past six months. [EPA-EFE | Olivier Hoslet]

The turn of the year marks the end of the German presidency of the EU Council. When Angela Merkel’s government took over in July, it was clear that all previous plans had gone up in smoke and there was only one priority left: dealing with the pandemic. EURACTIV Germany reports.

Yet the other challenges did not simply disappear. The post-Brexit trade agreement and the EU budget had to be in place by the end of the year, and the new Commission’s climate and migration policies had to be negotiated.

Expectations for Berlin were high. Who, if not Germany – the EU’s economic and political powerhouse – could get Europe out of the crisis? Merkel herself raised expectations when she presented the proposal for the recovery fund together with French President Emmanuel Macron in May.

The two proposed for the EU to take on joint debt. For many, this was a watershed moment, especially since Merkel had bitterly opposed the idea of joint debt during the Greek crisis.

The German side had agreed to French demands and had thus “crossed a red line,” said Claire Demesmay, head of the Franco-German Relations programme at the German Council on Foreign Relations (DGAP). According to Demesmay, this made many of the achievements of recent months possible. 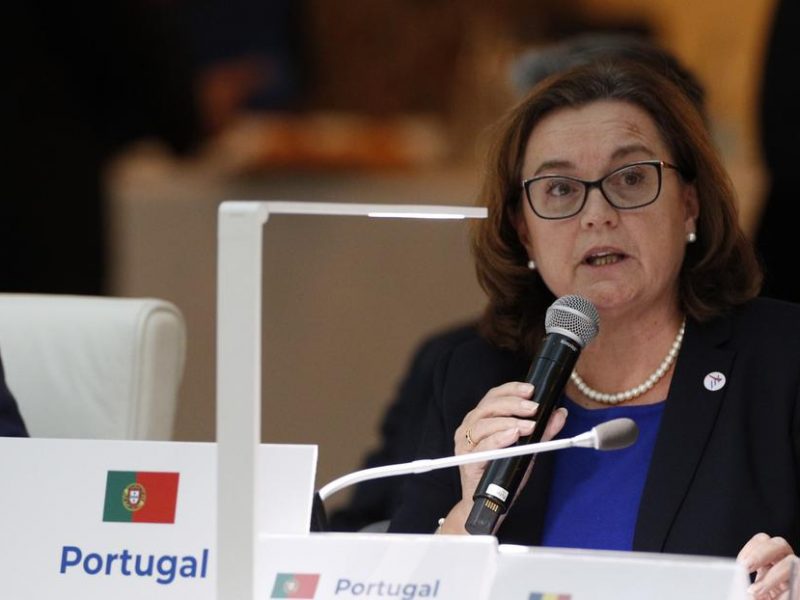 In fact, great success was achieved: both the recovery fund and the EU budget were adopted in July after tough and lengthy negotiations. It then took more than three months to reach agreement with the European Parliament.

The July decision was hailed as the final green light for the recovery fund, even though it was not yet the Parliament’s turn to act.

This upset MEP Damian Boeselager (Greens/EFA), a shadow rapporteur for the recovery facility, which accounts for the lion’s share of the Recovery Fund.

He said this led to a situation where states are writing their national recovery plans while the legal basis for them was still being negotiated between Parliament and Council. “The respect for the Parliament was missing,” Boeselager told EURACTIV.de.

His group colleague MEP Rasmus Andresen (Greens) sat at the table during the talks on the EU budget. During these negotiations, he said, it had become clear that the Commission and the Council were working closely together.

Boeselager says that the German Council presidency has managed to “rope in the Commission as an accessory.” As a result, he said, the Parliament has had to push through its demands in the face of stronger opposition.

“Even before the summit in July, we tried to maintain close contact with the budget spokespersons of the parliamentary groups. At the summit itself, there was feedback to parliament. And immediately after the summit, we established contact with MEPs and negotiated very extensively,” a source close to the German Council presidency told EURACTIV.de.

“Compared to previous budget negotiations, we have strengthened the role of the parliament,” the source added. 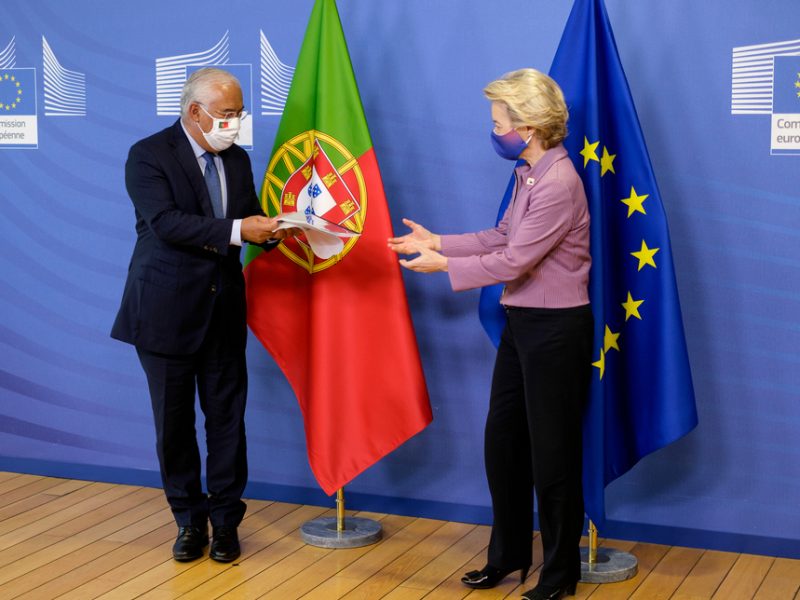 The forthcoming Portuguese EU presidency will put forward a ‘Charter of Digital Rights’ as part of its leadership of the European Council in the first half of 2021, a government official from the country has informed EURACTIV.

Ambassador as jack of all trades

Budget negotiator Andresen raised another point of criticism: most of the trilogues were led by Germany’s EU ambassador, Michael Clauß, not by the respective ministers.

Many would have taken that as a signal that the German government’s priorities lay elsewhere, Andresen said. “I still think that’s wrong.”

The grand finale of the budget negotiations then took place in the Council: Poland and Hungary blocked the agreement, in protest against the rule of law mechanism, which had been agreed in parallel.

The problem: while the rule of law clause could be adopted by qualified majority, the EU budget, on the other hand, must be adopted unanimously. This is where the two states sensed their chance.

Berlin managed the compromise a few weeks before the budget deadline passed. Now, only when the EU Court of Justice declares the rule of law mechanism legal will the Commission be allowed to apply it. 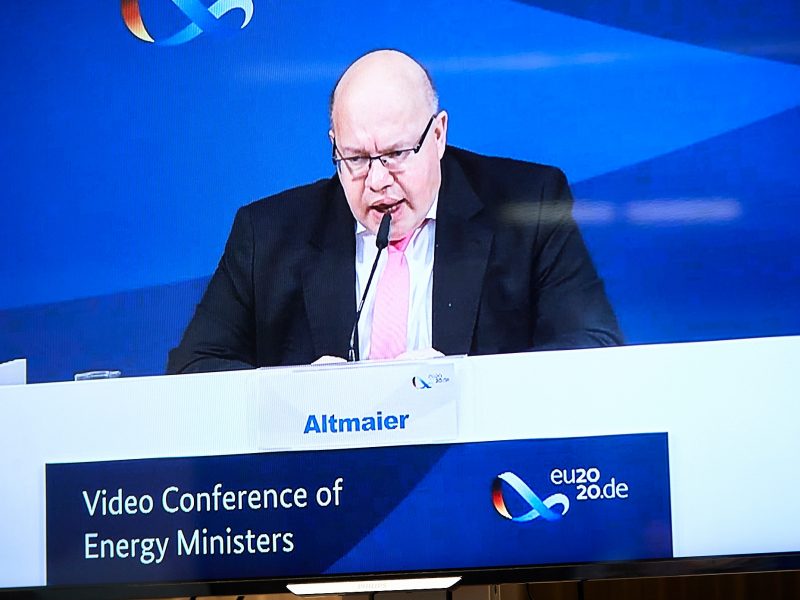 Climate policy should have also been a priority, as Merkel had announced at the start of the presidency, but in view of the crisis, climate targets have remained a marginal topic over the past six months.

“Besides the budget dispute, there was little energy left for anything else,” Andresen believes.

European leaders were able to agree on a tougher 2030 climate target just before the end of the last EU summit last week. Before that, they agreed to link 30% of the future EU budget to green issues.

Considering the “very different situations in Europe” and especially given Poland’s opposition, “a good compromise” has been reached on the climate issue, according to Gunther Krichbaum (CDU), chair of the Committee on European Union Affairs in the German Bundestag.

But there were also downsides. In particular, the fund envisaged in the Green Deal for a fair transition was pared down during the budget negotiations. In July, European leaders scaled down the Commission’s original proposal (€30 billion) to €7.5 billion.

Even though Parliament and the Council were able to agree last Wednesday (16 December) on a total sum of €17.5 billion, the amount remains far below the original proposal.

“You can think the glass is half full or half empty now,” Demesmay told EURACTIV.de. 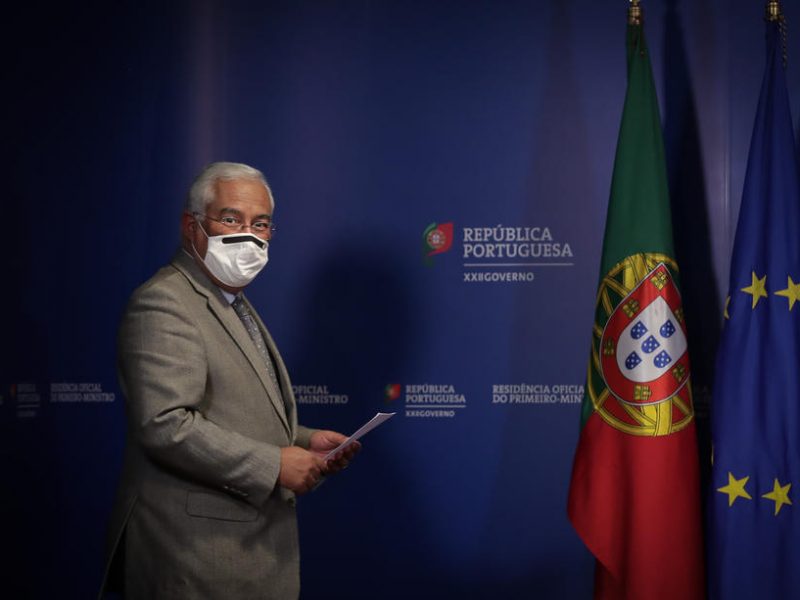 On Brexit, Germany largely held back, although Michel Barnier, the EU’s chief negotiator, and his team would have been happy to let Berlin take the lead, EURACTIV Germany learned from negotiators. That was smart, one official said, in that it prevented London from playing countries off against each other, such as France against Germany.

This would have been conceivable because the French fear for their fishing rights while the Germans mainly want to sell cars.

One response to “Germany’s EU Presidency: Merkel had to fix it”