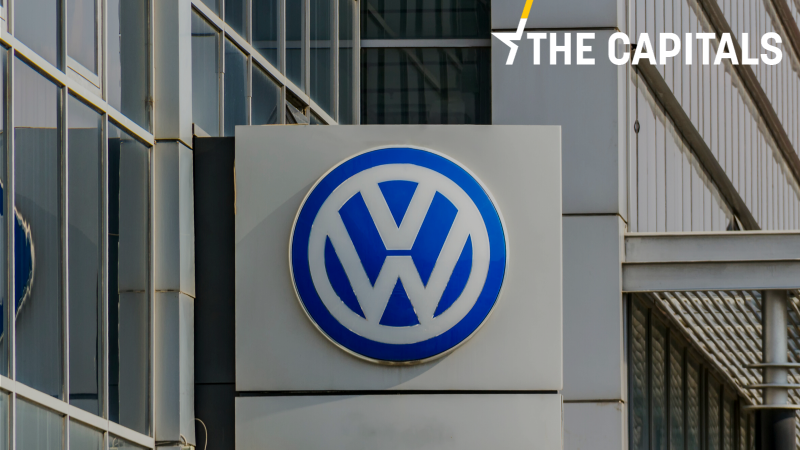 Southeast Europe battles for Volkswagen investment. Four countries have jumped at the news that Volkswagen has postponed the decision on building a factory in Turkey, following Ankara’s military offensive in northeast Syria.

Volkswagen told EURACTIV on Wednesday (23 October) that it was not looking for a new location: “We follow the events very carefully. Planning for the new plant is still on hold – and we currently have no plans for other locations.”

However, Serbia, Bulgaria, Romania, soon followed by Croatia, have quickly made their pitch for the €1.4 billion investment. For any of the four, all of which are well below the EU’s average GDP per capita, the plant would be a major boost for the economy and a potential gamechanger.

Bulgaria, which had originally been shortlisted along with Turkey, reacted immediately, offering to double its offer for a direct government subsidy to VW from €130 million to €260 million, announced former President Rossen Plevneliev, who is now chairman of the Bulgarian automotive cluster. Plevneliev is known for his good contacts with influential circles in German politics and industry.

Bulgaria has also promised Volkswagen large-scale investment in infrastructure, including plans to build a highway to Vidin, a port and a bridge over the Danube, and investment in rail links from Sofia.

In Serbia, at a joint press conference with visiting German Economy Minister Peter Altmaier on Monday (21 October), an undeterred President Aleksandar Vučić said Serbia had offered Volkswagen more than all other countries.

“We offered more than all those countries. Everything they offer, we’ll offer more,” Vučić said. He explained that “Serbia is not an EU member like Bulgaria or Romania, and we don’t have a big market like Turkey”, but stressed that Belgrade could offer better subsidies.

Serbia has a joint venture with Fiat Chrysler Automobiles, producing the Fiat 500L model, while Romania is home to Renault (owner of Dacia) and Ford.

For her part, Romanian Prime Minister Viorica Dăncilă said the government had already contacted the VW management, and that Trade and Entrepreneurship Minister Radu Oprea had been to Germany to present Romania’s offer.

She said Romania offers various advantages, without giving further details, but blamed the opposition and president Klaus Iohannis and domestic political turmoil for the failure to secure investment from VW.

Gheorghe Falca, a PNL MEP, and a former mayor of Arad, a city in Western Romania, gave details of a proposed location for VW’s plant near Arad, saying the local authorities reserved 1,100 hectares of land for the potential investment.

Croatia publicly stated its intent to join the race for VW after Altmaier visited Zagreb on Monday (21 October).

“Our key aim is to regain the trust of German investors and assure them there is an investment-friendly atmosphere here, one of the most competitive legal frameworks and many comparative advantages, like a highly skilled workforce and the geostrategic position,” said Economy Minister Darko Horvat.

Meanwhile, Croatia’s electric car designer Mate Rimac, whose Rimac Automobili plant is partly co-owned by Porsche, a member of the VW group, revealed that he had taken part in a meeting between Croatia’s top government officials and managers from Porsche and Hyundai in June.

“There, we opened the communication channel between the government and the big players in the car industry. We presented very concrete measures Croatia should undertake to be attractive for such investments,” Rimac told the Vecernji List daily.

Elsewhere across the capitals…

Poll jitters in Thuringia: A survey published on Thursday (24 October) ahead of state elections in Thuringia on Sunday shows that the current red-red-green (Die Linke-SPD-Bündnis90/Die Grünen) coalition led by Minister-President Bodo Ramelow (Die Linke) is far from secure. Die Linke is hovering at 28%, while the CDU and AfD are both on a par with 24%. The SPD would get 9% of the votes, and the Greens 8%. With 5%, the FDP is projected to have just enough to secure seats in the state parliament. (Claire Stam | EURACTIV.de)

Spain exhumes dictator Franco. Spanish authorities exhumed the remains of dictator Francisco Franco on Thursday (24 October) from the grandiose mausoleum built using forced labour of political prisoners he was buried in. His body has been transferred to a small cemetery in Migorrubio (Madrid) where his wife rests.

The exhumation put an end to “a moral humiliation: the exaltation of a dictator in the public space,” said acting Prime Minister Pedro Sanchez. The decision to exhume Franco was taken by the Spanish Parliament in 2017 but ignored by the previous conservative government. (Beatriz Rios | EURACTIV.com)

Breton, 64, served as economy minister in Jacques Chirac’s government and is now the CEO of IT multinational Atos.

But the influential CEO could also face potential conflicts of interest since Atos Group is an IT services provider in the European Union. (EURACTIV.FR)

To fight tax dodging, Italy is planning a series of incentives and promotional campaigns to increase the use of digital payments, although an estimate of the revenues recovered from this ‘cashless’ plan was not indicated by the minister. (Gerardo Fortuna | EURACTIV.com)

Down in the Doing Business ranking. Poland fell 7 places and is now down to 40th place in the annual Doing Business ranking. One of the reasons cited for this was that “Poland made transferring property more difficult by increasing the time needed to apply for registration at the Land and Mortgage Registry”. On a positive note, it “made getting electricity faster by implementing a new customer service platform”. (Łukasz Gadzała | EURACTIV.pl)

Public broadcaster slammed for government bias. Slovak public radio and TV broadcaster (RTVS) is favouring governing the Slovak National Party (SNS) and its leader Andrej Danko, according to an analysis of its news reporting by Transparency International Slovakia. Danko, who is also the Speaker of the parliament is portrayed more positively than on other news programs of other two major (commercial) TV stations, said the NGO, who also found that reporting on SNS rose by 4 percentage points after a change of management in RTVS that was voted on in parliament, and supported by SNS. The threat to RTVS’s independence was also noted by Reporters Without Borders. (Zuzana Gabrižová | EURACTIV.sk)

In its draft audits, the Commission claimed that Babiš has retained his influence on the agro-chemical company Agrofert, which receives a large amount of EU funds. Babiš has denied any wrongdoing and a special commission in the Senate was set up to go through the EC’s documents.

The Czech Senate’s commission will share its preliminary findings with the rest of the upper chamber next week. It has also asked for a one-year extension of its mandate and has invited Babiš to appear at its next meeting. (Aneta Zachová | EURACTIV.cz)

Orban presents his ministers: Ludovic Orban, the designated prime minister, unveiled his cabinet on Thursday (24 October), which he hopes will be sworn in next week. The proposed government includes a few former ministers but also new faces. Orban kept his promise of reducing the number of ministerial positions – the cabinet comprises one deputy PM and 15 ministers alongside the prime minister, down from 21 ministers and three deputies of current prime minister Viorica Dancila’s government. (EURACTIV.ro)

The migrant crisis in BiH leaves Croatia under pressure: The EU will allocate €2 million more for aid to Bosnia and Herzegovina so it can tackle the migrant crisis, which is reaching a critical point with thousands of foreign nationals seeking to reach western Europe being stuck in Bosnia’s western provinces. “This brings EU humanitarian aid in the country to €5.8 million since 2018,” said the Commission.

During his visit to Zagreb, Bavaria’s Minister of the Interior, Joachim Herrman, thanked the Croatian police for protecting the European border but expressed concern over the growing number of illegal migrants in the Western Balkans. “This increased number is very concerning. We have clear instructions that the situation of the autumn of 2015 must not be repeated in Bavaria or Germany,” said Herrman.

“I presented an overview of the situation on the Eastern Mediterranean and Western Balkan route that there is increased pressure on the EU border and that with the help of European institutions the Croatian police are successfully withstanding all those challenges,” said Davor Božinović, Croatian Minister of Interior. (Željko Trkanjec | EURACTIV.hr)

Speaker hits back over EPP conference in Zagreb: Parliament Speaker Gordan Jandroković said he saw nothing contentious in renting the parliament’s chamber to the European People’s Party, hitting back at criticism from opposition parties.

“There is probably a little of well-known Croatian envy because I wish that not only the EPP and HDZ but also the Socialists and the SDP and even the Liberals and some of our other parties organise such meetings in Croatia. I will be glad to host them in the Croatian Parliament, but it seems that the leaders of those parties do not have a capacity to organise such things”, concluded Jandroković. The conference will elect the new leader of the centre-right EPP, expected to be outgoing European Council President Donald Tusk. (Željko Trkanjec | EURACTIV.hr)

Russia brings missile systems for a joint military exercise. Russian Military Forces have brought to Serbia a division of S-400 antiaircraft missile systems and a Pantsir missile system unit, the first time these state-of-the-art systems will be used in an exercise outside Russia, Sputnik news agency reported on Thursday (October 24), citing the Russian Ministry of Defense. This is part of a joint tactical exercise dubbed Slavic Shield 2019, which began on Thursday, at the Batajnica military airport and Pasuljanske Livade range, near Cuprija. (EURACTIV.rs)