Greece pushes EU for a third shot in COVID pass 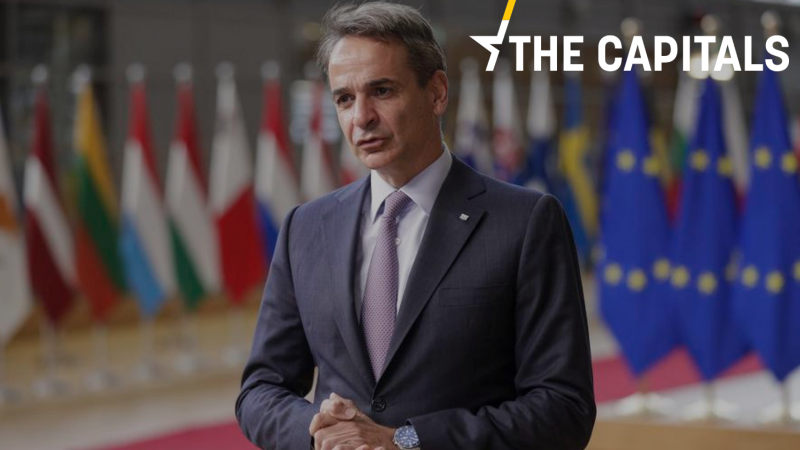 Addressing the Greeks amid a sharp increase of COVID-19 cases, the Greek PM said he will send a letter to Commission chief Ursula von der Leyen to suggest that the EU digital COVID certificate should be valid only if it includes a third dose six months after the last shot. [EPA-EFE/OLIVIER HOSLET]

A third shot within six months since the last dose of the COVID-19 vaccine should be introduced in the EU COVID certificate to be valid, according to Greek PM Kyriakos Mitsotakis in a televised speech. Meanwhile, in Italy, the government considers making COVID certificates valid for nine months after the last jab. EURACTIV reports from Athens and Rome. Read more.

Calls to boost trust between EU and Switzerland as foreign ministers meet. Slovenia’s Foreign Minister Anže Logar met his Swiss counterpart Ignazio Cassis in Ljubljana on Thursday, with the pair calling for trust between the EU and Switzerland to be further enhanced. The breakdown of the talks on the EU-Switzerland cooperation agreement and other possible options for strengthening cooperation topped the agenda. Read more.

Germany tightens COVID-19 rules as case numbers soar. As Germany faces the full brunt of the fourth wave of the pandemic and vaccination rates continue to be lower than those of Spain and Italy, outgoing Chancellor Angela Merkel and the 16 minister-presidents agreed to a new set of restrictions late Thursday (18 November). Read more.

French parliament adopts bill against animal abuse. MPs adopted a bill from the presidential majority to combat animal abuse on Thursday with 332 votes in favour, one against, and ten abstentions. Read more.

The deployment follows a small team of UK army engineers who travelled on a reconnaissance mission to the affected border region last week. It is part of the UK government’s assistance to Poland as it faces a humanitarian crisis caused by Belarus’s authoritarian government’s encouragement of migrants to cross the border into the EU.

The soldiers will not be combat troops but with “the ability to build roads and checkpoints and observation posts”, Wallace said. He added that the soldiers would “help the Poles and potentially other Baltic states to secure their border.” (Benjamin Fox | EURACTIV.com)

Finnish FM: Belarus standoff more military action than migrant crisis. The current situation on the border with Belarus should not be compared to Europe’s migration crisis from six years ago, since it is closer to military action, Finish foreign minister Pekka Haavisto said in an interview with a group of journalists, including EURACTIV. Read more.

Finland will vote against EU climate delegated act. Finland will vote against the EU’s climate delegated act later this year because some aspects of the classification system for sustainable activities, known as taxonomy, concerning forest management are “difficult to understand and open to interpretation”, the government said in a press statement on Wednesday. Read more.

Timmermans in Madrid: EU to move forward with ‘zero pollution’ targets. The EU should move forward towards the objective of an “ambitious zero pollution” target because improving air quality in all European cities will bring “happiness” to citizens, Frans Timmermans, the European Commission vice president in charge of the Green Deal, said at the third EU Clean Air Forum in Madrid on Thursday. Read more.

Portugal’s Madeira now classified as ‘red’ on EU COVID-19 map. Madeira is now in the high-risk category for COVID-19, moving from orange to red on the European Centre for Disease Prevention and Control (ECDC) map, which supports travel decisions in the European Union (EU). Read more.

EU’s Reynders and Germany’s Seehofer visit Warsaw to discuss migration and rule of law. What Poland is doing “right now, in the moment of this migratory crisis, is right” and that it is acting “on behalf of the European Union”, according to German Interior Minister Horst Seehofer, who visited Warsaw at the same time as EU Justice Commissioner Didier Reynders. Read more.

Slovaks lockdown unvaccinated as Hungary’s Orban opts for masks. As the COVID-19 situation sharply deteriorates in the CEE region, both the Slovak and Hungarian governments introduce new measures. Bratislava has chosen a light version of a ‘lockdown for the unvaccinated’, while Budapest has tightened mask rules. Read more.

Romania’s PSD wants to renegotiate recovery plan, but exceptional conditions needed. Romania’s Social Democratic Party (PSD) wants to reopen discussions on some chapters of the country’s recovery plan adopted last month. However, a European Commission spokesperson confirmed that exceptional circumstances are needed for member states to request that parts of their recovery and resilience programmes be changed once approved. Read more.

Strasbourg Court: Croatian investigation into death of migrant girl ‘ineffective’. The European Court of Human Rights (ECHR) found the investigation into the death of a six-year-old Afghan child hit by a train was ineffective, ruling that Croatia must pay her family compensation of €40,000 and €16,700 in court costs. The six-year-old girl, Madine Hosseini was killed in November 2017 when she was hit by a train on the Croatian-Serbian border after her family had allegedly been denied the opportunity to seek asylum by Croatian authorities and were ordered to return to Serbia via the tracks. Madine and her family were in a group of migrants who tried to enter Croatia from the Serbian municipality of Šid.

The ECHR determined that there had been several violations of the European Convention for Human Rights. (Željko Trkanjec | EURACTIV.hr)

Slovenia’s delegated prosecutors appointed on a ‘temporary’ basis. The Slovenian government has decided to put forward Tanja Frank Eler and Matej Oštir as the country’s two prosecutors delegated to the European Public Prosecutors’ Office (EPPO). However, their appointment is “temporary”, in force until the national appointment procedure is concluded. Read more.

NGO: Formal activities in Serbia’s negotiations with EU accelerated before elections. The elections scheduled for spring 2022 in Serbia are one of the reasons for the acceleration of formal activities in the pre-accession talks between Serbia and the EU. Still, it is unlikely for election conditions to improve by then, according to the latest Alarm Report of the prEUgovor coalition unveiled on Thursday (18 November). Read more.

North Macedonia’s public administration ready to go digital. “Until ten years ago, one could not have imagined that government sessions would take place online, but the pandemic showed the opposite. And how it can work digitally. The public administration is ready, but I am not sure about the other actors in the society and why they refuse to go online”, said Deputy Prime Minister for Economic Affairs Fatmir Bytyqi at the first panel at the 10th North Macedonia 2025 Summit. Read more.

Lake Ohrid, which is linked to Prespa, is also two centimetres below its minimum. Ohrid is being drained to feed the Crn Drim hydro plants in North Macedonia and Albania, worsening the disastrous water levels in Prespa. (Željko Trkanjec | EURACTIV.hr)

Albania will not open detention centre for British asylum seekers. The Albanian government has again denied claims that it will house asylum seekers and refugees who have crossed the UK’s Channel. Read more.