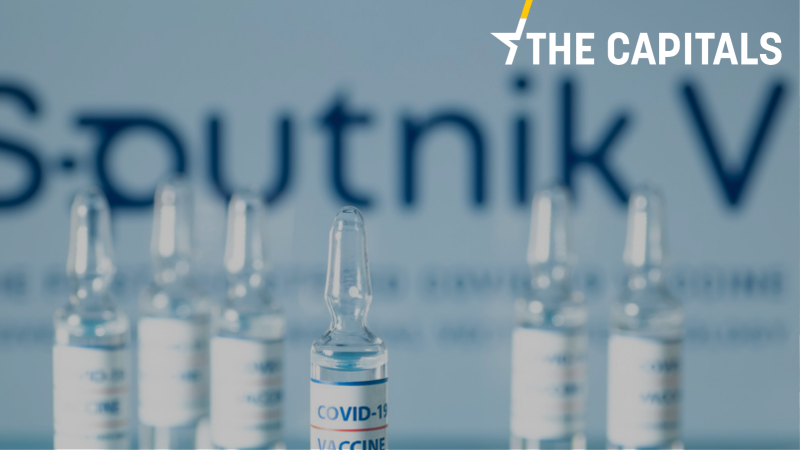 **NOTE: EURACTIV’s network is expanding further, with today’s addition of the Slovenian News Agency (STA) as our partner. Focusing on our values, EURACTIV will continue partnering with free media across Europe.

Before you start reading today’s edition of the Capitals, feel free to have a look at the story “Europe reunited against football Super League proposal” by Gerardo Fortuna.

Greece recognises Sputnik V as ‘equivalent’ to European vaccines. Greece will recognise Russia’s Sputnik V vaccine in its vaccination certificate, making it easier for Russian tourists to travel and spend their summer holidays in Greece.

Editor’s take: Josep Borrell deletes tweet about waiving vaccine patents. The EU’s top diplomat, Josep Borrell, has deleted a post he made on Twitter regarding the need to waive intellectual rights for vaccines. More

EU Council adopts conclusions on Indo-Pacific cooperation strategy. The Council of the European Union, currently presided over by Portugal, adopted on Monday (19 April) conclusions on the EU strategy for cooperation with the Indo-Pacific region, advocating stability and an “open and fair” environment for trade and investment. More.

Brussels vaccine reservation system is online. As of Monday, people living in the Brussels Capital Region can use the Bru-VAX reservation system to register for a vaccine appointment, after the decision not to follow the same system as other Belgian regions. It is, however, not possible to jump the queue as the reserve list is sorted by current age groups to be vaccinated. (Alexandra Brzozowski, EURACTIV.com)

Estonian intelligentsia sign petition against Chinese influence. Some 70 members belonging to the Estonian academic, cultural and media elite have written a public letter warning of the “growing and expanding global influence activity of the People’s Republic of China”. Read more.

Parties launch ‘Battle of Madrid’ ahead of snap regional poll. Political parties vying for power in Madrid’s regional parliament have officially launched their campaigns, two weeks ahead of a snap vote set to be held amid rising coronavirus cases and deep political polarisation. Read the full story.

“The government is closely following the debate around the soccer Super League project and strongly supports the positions of the Italian and European football authorities to preserve national competitions, meritocratic values ​​and the social function of sport,” Draghi said in a note published on Tuesday (20 April).

In other news, an activist of the movement against the construction of the new high-speed railway line (Tav) in Val Susa, which is on the French-Italian border, received a serious head injury following clashes with the police on Saturday night. According to the demonstrators, who confirmed the videos shot during the clashes, the woman was injured by a tear gas canister that was fired by police at eye level. (Daniele Lettig | EURACTIV.it)

Russia excluded from Czech nuclear tender after blast details revealed. Czechia will exclude Russian state company Rosatom from the pre-qualification round for a tender to supply a new unit for the Dukovany nuclear plant, Deputy Prime Minister Karel Havlíček confirmed on Monday, meaning only France, South Korea and the US will be allowed to take part in the tender’s security assessment procedure. Read more.

Slovakia’s Security Council summoned amid Russia-Czechia tension. “We stand by Czechia and support the steps taken,“ said Slovak President Zuzana Čaputová in reaction to the revelation that Russian intelligence was behind the blast of a Czech ammunition deposit in 2014, following which Prime Minister Eduard Heger announced Slovakia would convene its own Security Council on Tuesday. Read more.

Increase in military drafting on the cards in Slovenia. The odds of getting called up to serve in the military may soon increase in Slovenia under proposed legislative changes that would significantly expand the grounds for invoking conscription. Read more.

Coalition talks, with no results. Representatives of Romania’s PNL and USR PLUS parties met Monday to try and clear the air for the first time since the dismissal last Wednesday of former the health minister, Vlad Voiculescuand, of one of his deputies, both proposed by USR PLUS, triggering a crisis in the coalition government.

The government’s largest coalition partner, PNL (EPP), reiterated its support for Prime Minister Florin Citu, while USR PLUS (Renew) said they do not trust Citu going forward. After five hours of talks, there was little change in position prompting the discussion to continue on Tuesday afternoon. (Bogdan Neagu | EURACTIV.ro)

Stop using Roma in election campaigns, their representative pleads. The deputy chairman of the council of ethnic Roma residents in the City of Zagreb, Jasmin Bajrić, urged Zagreb mayoral candidates not to exploit the Roma cause in their campaigns and to refrain from spreading stereotypes about this ethnic community. Read more.

In other news,  Croatian Prime Minister Andrej Plenković said on Monday that he would not support the idea of establishing the European Super League which would encompass a handful of the biggest football clubs in Europe.

Plenković said he had held talks with the UEFA president on this topic on Sunday evening and with the leaders of the Croatian Football Federation (HNS) on Monday morning. The PM explained that such an exclusive group would have “negative repercussions for all outside it.” (Željko Trkanjec | EURACTIV.hr)