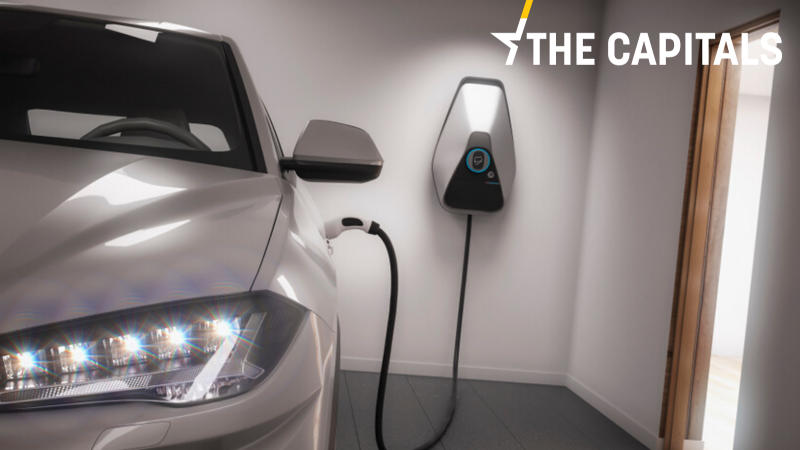 With subsidies, the final price of an electric car is expected to be reduced by an average of 25%, while the number is even higher for motorcycles, scooters and bicycles. [Shutterstock/Herr Loeffler]

Before you start reading today’s edition of the Capitals, feel free to have a look at the Special Report “Navigating the road ahead for battery tech” by Sam Morgan.

Now that many European countries are starting to embrace a ‘new normal’, make sure you stay up to date with EURACTIV’s comprehensive overview, which is regularly updated with the help of our network of offices and media partners. Also, check our country update pages, such as the one for the UK and Serbia.

ATHENS. The Greek government has put forward a new bill which speeds up the electrification of transport through a number of incentives, Greek media reported.

“In its recent announcements about the Recovery Fund, the European Commission embraces electromobility and provides funding for 1 million chargers across Europe. We therefore look forward to funding from EU resources to continue this effort,” Environment Minister Costis Chatzidakis said.

With subsidies, the final price of an electric car is expected to be reduced by an average of 25%, while the number is even higher for motorcycles, scooters and bicycles.

Riots in Stuttgart. A group of around 500 people, predominantly men, roamed the streets of Stuttgart in small groups on Saturday night (20 June), breaking windows, plundering shops, and throwing cobblestones and bottles at the police. 19 officers were injured, and 24 people are currently in police custody. EURACTIV Germany’s Sarah Lawton has the full story.

Meanwhile, a series of local outbreaks of COVID-19 have pushed Germany’s R-value to 2.88, which is significantly higher than the government target of below 1.0.

This includes the outbreak at the Tönnies meat plant in North Rhine-Westphalia, which has now registered more than 1,300 infections. State leader Armin Laschet (CDU) is still refusing to implement a lockdown for the district.

Illegal parties will be broken up. Police in the Brussels-Capital-Ixelles zone will deploy more people to enforce the distance rules that apply in the fight against the coronavirus, chief of police, Michel Goovaerts, said on Sunday. His announcement comes after police intervened on Saturday night to break up a crowd of young people who gathered in hundreds on Place Flagey in the Brussels Ixelles commune to throw a spontaneous party, without respecting the distance measures.

In other news, Belgian citizens applying for the free rail pass to promote tourism within the country will get 12 free rides, Belgium’s National Security Council decided at their weekend meeting. They can be spread across six months, with an allowance of two rides per month and will reportedly enter into effect from mid-August. The initiative had faced criticism by SNCB, Belgium’s national rail service, as the government had not consulted it, but ministers have now promised extra money to compensate for the loss of income during the COVID-19 pandemic. (Alexandra Brzozowski | EURACTIV.com)

Pubs set to hear re-opening bell. Prime Minister Boris Johnson is expected to announce the next phase of measures to ease restrictions on businesses and social distancing on Tuesday (22 June) which is likely to see pubs and parts of the hospitality sector re-open on 4 July.

Restaurants and cinemas are also set to be allowed to re-open while the 2-metre social distancing rule could also be relaxed, government officials have indicated. (Benjamin Fox | EURACTIV.com)

Summer holidays at home. About 60% of Austrians intend to spend their summer holidays in the country’s mountains and lakes, even though the country reopened its borders a week ago, according to a survey by Gallup. Among those surveyed, only 28% intend to go abroad.

The main reason was not a fear of contracting COVID-19, but rather the perceived threat of getting stuck when borders shut down again.  (Philipp Grüll | EURACTIV.de)

Will debts never be paid back? After Paavo Arhinmäki, the Chair of the Left Alliance parliamentary group told left-leaning broadsheet Kansan Uutiset on Saturday (20 June) that “the States never actually pay back their debts. They just replace them with new ones,” a Twitter storm erupted. EURACTIV’s Pekka Vänttinen looks at how it went down.

Dutch do Danish deal to hit clean power target. The Netherlands agreed on Friday (19 June) to pay Denmark €100 million as part of an arrangement that will allow the Dutch government to declare at least 8 TWh of Danish surplus renewable power on its books, in an effort to meet its EU target. Read the full story.

Finding common ground to help Italy recover. A series of meetings convened by Italian Prime Minister Giuseppe Conte last week to find common ground to help the country recover from the COVID-19 crisis together with trade union, industry representatives and experts from various sectors ended on Sunday (21 June). “Many citizens wrote to me in the past few weeks, to let me know about the current situation of their businesses,” said the prime minister.

According to Conte, the meetings “helped develop a recovery plan that would be in the best interest of everyone”, adding that “we had a straight and direct discussion.” Although the new plan will be unveiled in the coming weeks, the PM wants to meet with the opposition first. EURACTIV Italy’s Alessandro Follis takes a closer look.

Spain lifts lockdown after 98 days. Spain’s state of alarm, the emergency mechanism propping up the nationwide lockdown extended six times since 14 March to contain the COVID-19 pandemic, expired at midnight on Saturday (20 June), three months and one week after it first came into effect.

From Sunday, Spain entered what politicians around the world have billed the “new normality.” The state of alarm will be lifted but social-distancing, hygiene protocol and obligatory mask use will remain in force until a vaccine for COVID-19 is found. Read EuroEFE’s full story here.

Babis vs EP. On Friday (19 June), the European Parliament approved a resolution attacking Czech Prime Minister Andrej Babiš continued involvement in implementing the EU budget while still controlling his agrochemical holding Agrofert with 510 votes in favour, 53 against and 101 abstentions. Many MEPs of ANO’s own Renew group voted in favour of the resolution. You can find out how the Czech PM reacted, here.

Her announcement came after it became public that Krištúfková had been on holidays in 2009 on the yacht of Marián Kočner, who is currently facing trial for the murder of journalist Ján Kuciak and his fiancée in 2018. Elected MP Krištúfková, whose appointment was widely criticised over her lack of experience, denied having any close relationship to Kočner. (Zuzana Gabrižová | EURACTIV.sk)

Don’t panic. “We should not panic that the number of coronavirus patients has increased. I am not calling for stricter measures against the coronavirus, but the three “D”s must be observed – discipline, disinfection and distance”, said Prime Minister Boyko Borissov.

The PM explained that the country would not introduce new measures against COVID-19 because it would cause panic and would put the country’s economy at much greater risk, adding that decisions were based only on expert advice. (Krassen Nikolov | EURACTIV.bg)

New wave? Croatia is currently experiencing a phase of so-called ‘re-epidemics’, as the number of newly infected patients in a 24 hour-span has increased and is currently around 18. Even though all of the COVID-19 confirmed patients are experiencing milder symptoms, the country’s Civic Guard is calling for people to stay responsible and maintain social distances. EURACTIV Croatia’s Tea Trubić Macan digs deeper.

New cabinet powers on after 100 days. Slovenia’s centre-right government marked the end of its first 100 days this past weekend and analysts said it remains firmly in the saddle, despite the coronavirus emergency and the pressure coming from a divided opposition.

Janez Janša’s government, which took over after an unwieldy centre-left coalition fell apart and PM Marjan Šarec resigned on 27 January, wasted no time in replacing top state officials, including in the army, police, intelligence services, the supervisory board of the state telecom, as well as the National Statistics Office, which raised eyebrows in Brussels. (Zoran Radosavljević | EURACTIV.com)

Parliamentary election predictions. Only the country’s Progressives, Socialists and the Serbian Patriotic Alliance will make it into the Serbian parliament following elections on Sunday (21 June), according to the preliminary projections of the Ipsos market and public opinion research firm and the CeSID Center for Free Elections and Democracy. EURACTIV Serbia reports from Belgrade.