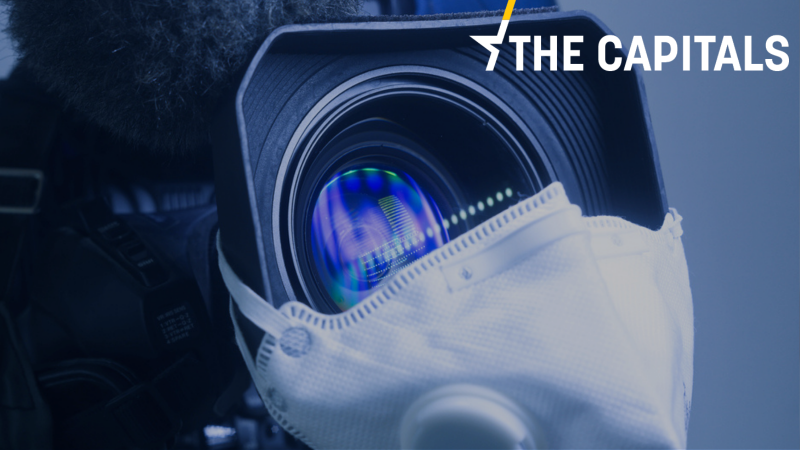 Member states’ legislation that aims to fight fake news during the pandemic, should not hinder the practice of journalism, nor should it act as a deterrent for “sources” to speak to journalists, a Commission source has told EURACTIV Greece, as the Greek parliament passed on Thursday a new law against fake news. However, the issue of media freedom in Greece seems to be more widespread. Read more.

Commission bows to pressure to water down Green Deal ambitions in CAP plans. The European Commission’s ambition to tie the EU’s farming subsidies programme to the European Green Deal is set to fall victim to pressure from member states in a behind-closed-doors procedure. Read the full story.

Battle for conservative leadership in Germany kicks off. As the German conservatives CDU continue to reel from their worst-ever election defeat in the September elections, Helge Braun, a long-time Merkel ally and acting minister of the chancellery, and foreign policy expert Norbert Röttgen, have emerged as the first candidates to battle for the party leadership. Read more.

Austrian region to implement lockdown for unvaccinated. Upper Austria will implement a fully-fledged lockdown for the unvaccinated from Monday (15 November), it was announced on Thursday (11 November). The announcement comes one day after the state’s governor, Thomas Stelzer, reportedly said on Wednesday that “nobody needs a lockdown.” Read more.

Macron welcomes US back to ‘multilateralism club’. “I believe [multilateralism] is the rightful place for the United States of America,” French President Emmanuel Macron said in front of US Vice-President Kamala Harris in his opening address at the Paris Peace Forum, which opened on Thursday. Read more.

Beaune sticks boot into Brexit. The war of words between UK ministers and France’s EU affairs minister, Clément Beaune, shows no sign of abating after Beaune told BFM that “Brexit has an impact on the British economy more negative than COVID, it’s written black and white.” Read more.

Taoiseach: Article 16 threat receding.  Tensions over the UK’s potential triggering of the Northern Ireland protocol’s Article 16 are easing, for now, Irish Prime Minister Micheál Martin has said following concerns that such a move could lead to a trade war with the EU. Read more.

Finnish delivery company Wolt makes history. Tech startup Wolt, founded in 2014 and known for its food delivery app will be acquired by US delivery giant DoorDash, it was announced on Tuesday. The move was praised by the business community and across the political spectrum, including by Finance Minister Annika Saarikko. Read more.

Portuguese environment minister: EU should not fund ‘unsafe’ nuclear projects. The EU should not fund nuclear energy projects because they are unsafe, unsustainable, and cost a lot of money, Environment and Climate Action Minister, João Pedro Matos Fernandes, said at an event on the sidelines of the COP26 UN climate summit in Glasgow. Read more.

Spain, EU Commission agree on instrument to finance recovery plan. Spain’s left-wing government has signed an agreement with the Commission detailing all operational instruments of the country’s national recovery plan. This formal step will allow Madrid to request the first half-yearly “tranche” of €10 billion from EU resources. Read more.

Czechia stays off the just transition path. Czechia has to phase out coal as soon as possible to meet European climate goals. However, the transition to a green economy is still far from becoming a reality. Read more.

Hungary fixes gas price. The government will fix the price of 95 octane petrol and diesel at HUF480 (€1.34) per litre, the minister in charge of the prime minister’s office, Gergely Gulyás, announced on Thursday (11 November), Telex reported. Read more.

Far-right Independence Day march goes ahead despite court ruling. As Poland celebrated its Independence Day, the annual march took place in Warsaw with some 150,000 people in attendance, despite a ban imposed by the city mayor and maintained by the District Court. Read more.

EPPO accuses ex-minister, agency’s head,  entrepreneurs of embezzling €1.8 million. The opposition Social Democratic Party (SDP) and the Green-Left Bloc announced they would form an inquiry commission to look into the absorption of EU funding, following a scandal dubbed Software in which Gabrijela Žalac, a member of the presidency of the ruling Croatian Democratic Union (HDZ) and ex-EU funds Minister, was arrested. Read more.

Croatia to support university and Croatian National Theatre in Mostar. Croatia will grant 6 million kuna (€800,000) from its budget to support the university and the Croatian National Theatre in Mostar, Bosnia and Herzegovina. Prime Minister Andrej Plenković said that the budget of the Central State Office for Croats Abroad next year would increase by almost 100%.

State Secretary for Croats Abroad Zvonko Milas said the decision was a continuation of financial support that the government had been providing to Mostar University and the Croatian National Theatre (HNK) in Mostar since 2017.

Scandal risks sweeping away Slovenia’s environment minister. Environment Minister Andrej Vizjak, a close aide of the Slovenian prime minister, could be on his way out after a junior partner in the minority government said it no longer supported him following statements he made in a leaked conversation with a corporate boss 14 years ago. Read more.

Serbian Chamber of commerce formally opens a mission in Jerusalem. The Serbian Chamber of Commerce opened a mission on Wednesday (10 November) in Jerusalem to foster economic ties between Serbia and Israel, emphasising companies’ cooperation in innovation, technology, scientific knowledge, and research, the Chamber said. Read more.

Maas: No money to the entity working to destroy BiH. German Foreign Minister Heiko Mass joined those who claim the current crisis in BiH is extremely dangerous and that it is necessary to stop the actions of the Republika Srpska (Serb entity, RS) authorities which could result in the country’s disintegration. Read more.

No-confidence vote in North Macedonia government postponed. The Sobranje (parliament) session to undertake a no-confidence vote against Prime Minister Zoran Zaev was postponed indefinitely due to a lack of quorum. After several delays, Deputy Parliament Speaker Fadil Zendeli said deliberations could not start with just 60 of 120 representatives present. Read more.

Trump: Peace, economic normalisation between Serbia and Kosovo possible. “The great people of Serbia and Kosovo have overcome tremendous obstacles in their pursuit of economic normalisation. The agreements my administration brokered (in Washington, on 4 September, 2020) are historic and should not be abandoned, many lives are at stake,” former US President Donald Trump said in a statement. Read more.

EU in favour of enforcement to shut down HPPs in Albania. The EU delegation in Tirana has spoken of the importance of the rule of law and the implementation of binding judicial decisions, following a court ruling to suspend operations at two hydropower plants in the north of the country. Read more.