Mitsotakis (New Democracy-EPP) said it’s a “progressive proposal” that has all the conditions to be voted by all Greek lawmakers. [EPA/ PANTELIS SAITAS]

Updates with clarification of the voting process

Greece’s conservative Prime Minister Kyriakos Mitsotakis nominated on Wednesday (15 January) judge Ekaterini Sakellaropoulou to become the first-ever female president of the Hellenic Republic, saying it was a “progressive proposal” that should be approved by all Greek lawmakers.

Sakellaropolou, who currently heads the Administrative Supreme Court (Council of State), was first proposed by former leftist Premier Alexis Tsipras (Syriza) to be the first female head of the Council of State and has become well-known for her judicial opinions on environmental protection.

The constitution provides three voting rounds for electing the new president of the country.

The first two rounds need 200 votes of the 300-member parliament while the third voting round requires 180. If the third round fails to win the necessary majority, then there is another voting round which requires a 151-vote majority and a fifth one with a simple majority of the House.

EURACTIV Greece reported that Sakellaropoulou is expected to be elected at the end of February by a wide majority in the parliament.

Before Wednesday’s announcement, rumours suggested a number of possible candidates such as former EU Commissioner for Maritime Affairs and Fisheries Maria Damanaki, as well as other socialist politicians, in order to attract votes from socialist opposition.

The opposition parties are expected to make an official decision in the next couple of days. However, it is not yet clear what will be the stance of the main opposition party, Syriza.

Syriza lashed out against the conservative New Democracy (EPP) government over the timing to propose a new candidate for the country’s presidency, saying the main objective was to distract from recent failures in foreign policy and migration.

The leftist opposition accused Mitsotakis of a diplomatic failure after the exclusion of Greece from the Berlin Process, a German-led conference on Libya due next Sunday, despite the fact that Athens has vital interests in light of the escalating crisis with Turkey. 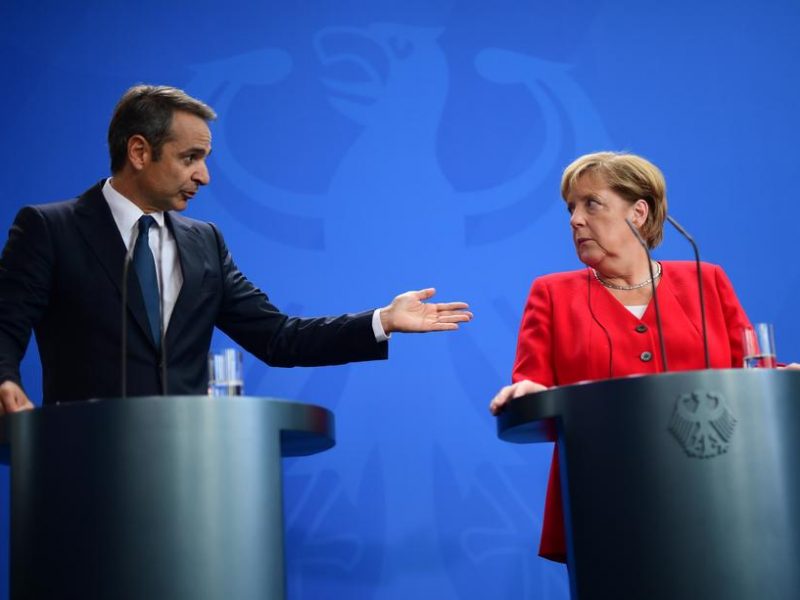 The opposition said Turkey, which was supposed to be ”isolated”, was invited to the conference while Greece was not and claimed that Mitsotakis was personally responsible for that.

In addition, amid mounting migration pressure, the government decided this week to re-establish a ministry for migration, initially created by Syriza, which New Democracy abolished when it came to power six months ago.