Greeks in limbo over AstraZeneca jab 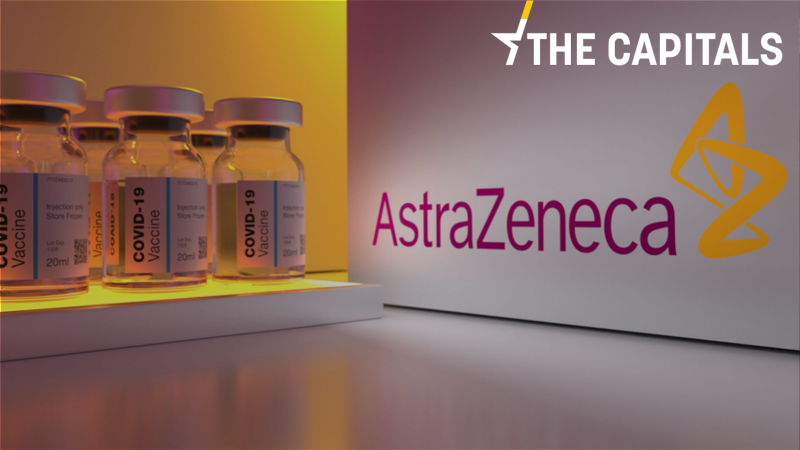 The AstraZeneca landscape across Europe is fragmented as different recommendations have been made. [Shutterstock/Dimitris Barletis]

Before you start reading today’s edition of the Capitals, feel free to have a look at the interview “The untapped potential of data-driven healthcare” with Padraic War, the Head of Pharma International Roche.

More than 1 million Greek citizens who received one or both doses of the AstraZeneca vaccine have been left in limbo after the National Vaccination Committee suddenly recommended that the vaccine should be avoided by people under 60 years old. The AstraZeneca landscape across Europe is fragmented as different recommendations have been made. Read more.

Borrell set to present report on new Russia strategy. The EU‘s new strategy for its fraught relationship with Russia will be based on pushing back, constraining and simultaneously engaging with Moscow, the bloc’s top diplomat Josep Borrell said ahead of the presentation of a Russia report on Wednesday (16 June). Read more.

Increased cyberattacks from Russia on German parties. Germany’s interior ministry has warned that the country’s September elections are at risk of being targeted by Russian cyberattacks. Read more.

Belgian MPs warn of the ‘risk of genocide’ against Uyghurs. The Belgian parliament’s foreign relations committee on Tuesday (15 June) gave the green light to a resolution warning that there is a “serious risk of genocide” against the Muslim Uyghur minority in China. Read more.

French government welcomes suspension of EU-US sanctions. Several French ministers have welcomed Tuesday’s agreement between the EU and the US to end the 17-year Airbus-Boeing dispute, calling it an “excellent signal for French and European companies”. Read More.

IMF: Austria’s economy doesn’t need post-pandemic austerity package. The Austrian economy is in good shape despite a rise in public spending due to the coronavirus pandemic, the International Monetary Fund (IMF) said on Tuesday. Read more.

“Space is becoming more crowded and competitive, satellites are vulnerable to interference. Some countries, including Russia and China, have developed and tested a wide range of counter-space technologies,” NATO said on its website when it presented its strategy for space in 2019. (Anne Damiani | EURACTIV.fr)

Irish deputy PM believes a united Ireland is possible. Irish Deputy Prime Minister Leo Varadkar has said he believes “in the unification of our island and I believe it can happen in my lifetime,” the Irish Times reported on Tuesday (15 June). Read more.

Lithuania says Belarus is helping Middle Eastern migrants to cross its borders. Lithuania’s prime minister has said she believes Belarus is behind a recent spike of illegal immigration into Lithuania, following a threat by its president that it will no longer prevent migrants from crossing its western border. Read the full article.

Various internal sources suggest this idea was at the centre of a discussion in Forza Italia’s delegation in the European Parliament. The aim would be to create a party inspired by the British Conservatives before the next political elections in 2023. (Alessandro Follis | EURACTIV.it)

Slovak Supreme Court announces retrial of journalist murder case. The Slovak supreme court has accepted the prosecutor’s appeal for a retrial of Marian Kočner and Alena Zsúszová, who were both accused of ordering and arranging the murder of journalist Ján Kuciak and his fiancée Martina Kušnírová in 2018. Read more.

More emails of Poland’s PM office head Dworczyk leaked.  The Russian messaging service Telegram has published further messages, the first ones having been revealed last week, that were leaked from the email account of Polish politician Michał Dworczyk, the head of the prime minister’s office and member of the ruling Law and Justice party (PiS). Read more.

Bulgaria will lose 25% of its population by 2040. Bulgaria has the fastest declining population in the world, and the population will decline by a quarter by 2040, according to a study by the Bulgarian Academy of Sciences and Sofia University. Read more.

Romania’s vaccination campaign shudders to a halt. Romania is far from reaching its self-imposed targets for vaccination and has even started closing vaccination centres due to low demand. By Tuesday (15 June), fewer than 4.6 million people in Romania received at least one dose of a COVID-19 vaccine, short of the government target of 5 million people by 1 June. More.

Slovenia appoints new justice minister. Slovenia has a new justice minister, Marjan Dikaučič, after his predecessor resigned in late May over the government’s decision to suspend the appointment of Slovenia’s members of the European Public Prosecutor’s Office (EPPO). More.

German, Serbian companies criticise corruption in Serbia. Serbia must do more to battle corruption and crime, representatives of the German-Serbian Chamber of Commerce (AHK Serbia) said on Tuesday (15 June) in Belgrade. Read more.

Croatian President: Reference to Dayton was opposed by other EU states. The reference to the Dayton agreement in NATO’s communique following its summit earlier this week was opposed by Germany, Italy and some other Western countries, Croatian President Zoran Milanović said on Tuesday (15 June), adding that possible changes in Bosnia and Herzegovina (BiH) must not happen without Croatia and Serbia. Read more.