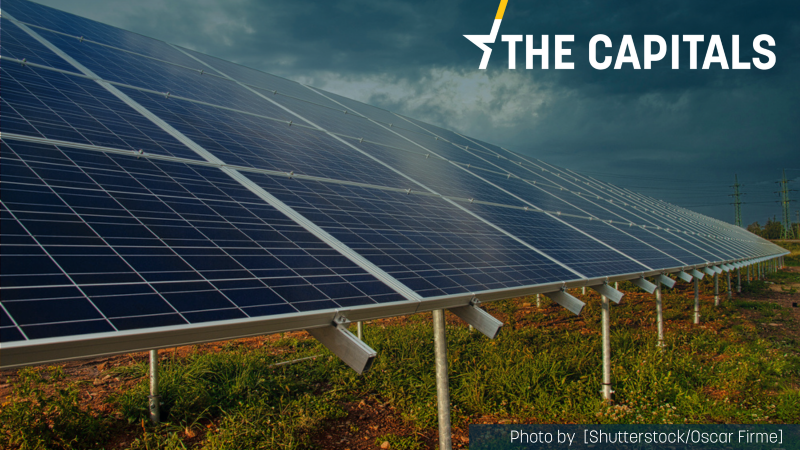 As several Czech media reported, local companies cannot cope with the current pressure on the market as there is high demand for solar panels and heat pumps among Czechs coupled with a lack of the materials and workers needed to meet demand.  [Shutterstock/Oscar Firme]

A boom in demand for heat pumps and solar panels combined with supply-chain disruptions is starting to cause severe material shortages in Czechia as producers focus on western European markets where consumers can pay more. Experts warn the problem is likely to spill over to other countries in Central and Eastern Europe, spelling possible trouble for the transition to a greener way of producing energy. Read more.

More Russian oil headed to Dutch ports. The CB Caribbean oil tanker, which was carrying Russian oil but not flying the country’s flag, docked at the Amsterdam port Monday morning with no resistance despite the dock having refused entry to the Russian oil tanker Sunny Liger the day before, broadcaster NOS reports. Read more.

More Irish leaders to visit Kyiv. Séan Ó Fearghaíl, speaker of the Dáil, and Mark Daly, chair of the Seanad, the two leaders from both houses of Ireland’s parliament, are set to visit Kyiv later this month following an invitation from Ukraine’s parliament. Read more.

Hungarian far-right tables bill to end emergency in parliament’s first sitting. Our Homeland, the only party to get into parliament besides Fidesz and the united opposition, tabled a bill to end the COVID-19-related state of emergency on the day the new Hungarian parliament was formed after the 3 April elections, Telex reported. Read more.

Croat MPs still divided on Sweden, Finland NATO accession. Croatian lawmakers are largely expected to endorse Sweden and Finland’s NATO accession once the two Nordic countries apply to join the alliance, but it may not all be plain sailing in the Croatian parliament, the Sabor. Read more.

Croatia scraps COVID-19 entry requirements. Travellers entering Croatia will no longer need to meet any COVID-19 requirements from May, in what should be another boost to the country’s vital tourist industry.

“The regulation that was valid until 30 April has not been renewed. Therefore, entry into Croatia is now allowed to everyone, in line with previous regulations related to the Schengen borders and the law on foreigners, but with no epidemiological conditions,” the interior ministry said. (Zoran Radosavljevic | EURACTIV.com)

Bulgarian businesses warn of strikes if electricity state aid removed. Industrial and business organisations will launch nationwide protests if the state stops compensating them for expensive electricity, the chairman of the Bulgarian Chamber of Commerce Dobri Mitrev announced on Monday, adding that the economy could also crash. Read more.

Scholz to meet with Serbia’s Vucic and Kosovo’s Kurti. German Chancellor Olaf Scholz on Wednesday will meet with Kosovo Prime Minister Albin Kurti in the Bundeskanzleramt at 3 pm and then have a conversation with Serbian President Vučić at 5:30 pm. Read more.

Albanian communist crimes committee asked to do more. The Albanian institute responsible for studying crimes of the almost 50-year communist regime has been criticised in parliament, with several recommendations made for its future functioning. Read more.