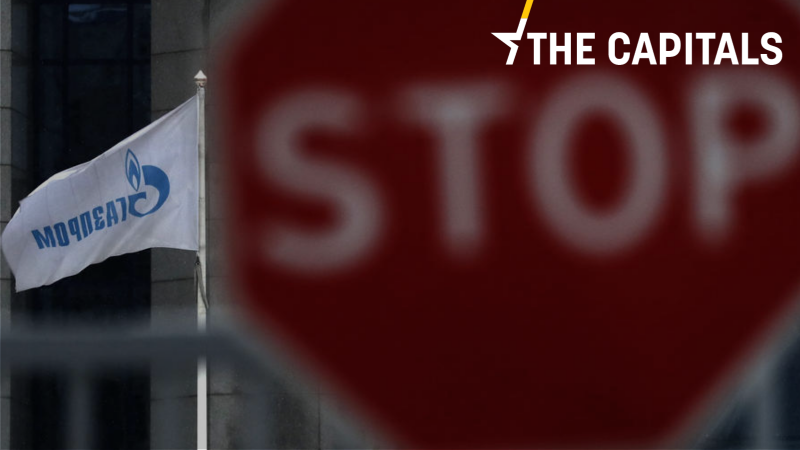 Before you start reading today’s edition of the Capitals, feel free to have a look at the article Climate finance remains a stumbling block on way to COP26, by Kira Taylor.

A message from NESTE: -55% GHG emissions by 2030. Reduce the GHG emissions of diesel vehicles by up to 90%. Reach destination fossil-free. Start Today.

In the aftermath of the meeting between US President Joe Biden and his Russian counterpart Vladimir Putin, Green MEPs and political parties from countries around the Baltic Sea expressed their “firm disapproval” of and “opposition” to the Nord Stream 2 project. Read more.

Creative Europe programme to provide €2.5bn funding for culture sector. European Commissioner for Innovation and Research, Mariya Gabriel, has said that the Creative Europe 2021-2027 programme will focus on the “economic sustainability” and the “digital inclusion” of the cultural and creative sectors by funding projects for specific challenges. Read more.

Kurz to welcome Western Balkan leaders in Vienna. Chancellor Sebastian Kurz will welcome the Balkan heads of state of Serbia, Kosovo, Montenegro, Bosnia-Herzegovina and North Macedonia as well as the EU Special representative for the Belgrade-Pristina dialogue at a summit in Vienna on Friday (18 June) to discuss the repatriation of illegal migrants and the prospect of EU accession. Read more.

EU to look at UK call to extend ‘sausage war’ deadline. The European Commission said Thursday (18 June) it would examine Britain’s request to extend a grace period for post-Brexit rules on chilled meat imports for Northern Ireland – part of the so-called sausage war between London and Brussels. Read more.

Lithuania records rapid rise in irregular migration. The number of undocumented migrants detained in Lithuania after crossing from Belarus has increased to 397, including six Iraqi nationals stopped on Thursday (17 June). Read more.

Italian government strengthens cybersecurity measures. The Italian government has decided to expand the actors included in the national cybersecurity perimeter to include public and private companies will have the obligation to promptly report attacks or incidents detected, as well as to adapt the protection measures of their networks to defined standards if they want to continue operating. Read more.

COVID-19 triggers ‘demographic tragedy’ in Spain. The COVID-19 pandemic saw Spain’s mortality rate rise by 17% in 2020, with 492,930 new deaths directly or partially related to the pandemic, the highest death rate in the country since 1941. Read the full story.

Turkey wants EU, US out of talks with Greece. Ankara and Athens have interpreted differently the outcome of the recent meeting on the sidelines of a NATO summit between Greek Prime Minister Kyriakos Mitsotakis and Turkish President Recep Tayyip Erdoğan regarding the role of the EU and the US in the Greek-Turkish row. Read more.

Turów negotiations take place between Czechia and Poland. The Czech Republic and Polish governments started negotiations on Thursday (17 June) to try to resolve a dispute over the controversial Polish lignite mine Turów situated near the Czech borders, which according to the Czech Republic has become an environmental issue for the country. Read more.

Hungarian PM: LGBTQ law ‘liberal steamrollers’ work’. The new Hungarian law that bans the “portrayal and promotion” of homosexuality and trans identity in schools, media content and adverts aimed at under-18s does not violate “any lofty ideals or European law”, Hungarian Prime Minister Victor Orbán said on Thursday (17 June), adding that “the liberal steamrollers are once again at work against Hungary.” Read more.

Slovak parliament rejects EU Parliament’s sexual health report. The Slovak parliament passed a resolution on Thursday (17 June) that slams a European Parliament report on sexual and reproductive health and rights in the EU, put forward by Croatian MEP Predrag Matic, insisting that sexual and reproductive health should be a matter for member states to deal with as they see fit. Read more.

Sofia-Skopje talks resume with concrete proposals on the table. North Macedonia Prime Minister Zoran Zaev is visiting Sofia with specific proposals for ending the deadlock over his country’s EU integration process, which his Bulgarian counterpart Stefan Yanev announced would be discussed intensively in the coming days. Read more.

Staff changes at Romanian broadcaster ruled unconstitutional. Romania’s Constitutional Court ruled that the change of managers at the country’s state broadcaster “did not comply with the Constitution”. The ruling comes as a real blow to the governing coalition parties that long negotiated the changes before deciding to take the decision to parliament. Read more.

The figures, resulting from a survey conducted in April and May ahead of this week’s NATO summit, suggest that support for the alliance is growing in Montenegro. Just 50% of citizens voted in favour of remaining part of the alliance in 2020. Despite growing support, the country still has one of the lowest scores among allies, ranking just above Slovakia with 61% of its citizens backing NATO membership. (Željko Trkanjec | EURACTIV.hr)