It will be the third attempt for the 67-year-old politician, as he already threw his hat into the race to become Lithuania’s head of state in 1997 and 2002.

“I will take the unpaid electoral leave from my current position as Commissioner for Health and Food Safety from 1 April until 13 May. And if necessary from 14 May to 27 May,” Andriukaitis announced on Twitter.

The Vice-President of the Commission Jyrki Katainen will handle Andriukaitis duties, an EU spokesperson informed EURACTIV.com

The Lithuanian presidential election will take place on 12 May and he will run on behalf of the Lithuanian Social Democratic’s Party (LSDP), which is affiliated to the Socialist and Democrats Group in the European Parliament.

But the LSDP has been torn by internal strife and has gone down in the polls, which may also affect Andriukaitis’s chances.

“I am conscious that it will require balance and sacrifice. I know how much work lies ahead. I am ready,” he said in another tweet.

1/2 I have made my decision. I accepted Lithuanian Social Democratic Party's nomination to be the official candidate for #President of #Lithuania. I am conscious that it will require balance and sacrifice. I know how much work lies ahead. I am ready. pic.twitter.com/yHhO2AVPba

Andriakuitis was one of the founders of the LSDP. He was elected its chairman in 1999 and served for two years.

In the past days, Gintautas Paluckas, LSDP’s political leader, said Andriukaitis had hesitated with his bid because of his commitments as Commissioner.

LSDP therefore officially asked Commission President Jean-Claude Juncker to allow Andriukaitis to participate in the elections, according to the Lithuanian new agency ELTA.

The Commissioner said his campaign will be short as he’s still bound by his existing duties.

“I need to finish my work but I promise that during this period I will be ready to meet with each of you,” he concluded.

On his Twitter account, Andriukaitis describes himself as a “medical doctor, historian and humanist. Not a bureaucrat”.

Commission Vice President Maroš Šefčovič confirmed in January he would run for president of Slovakia. 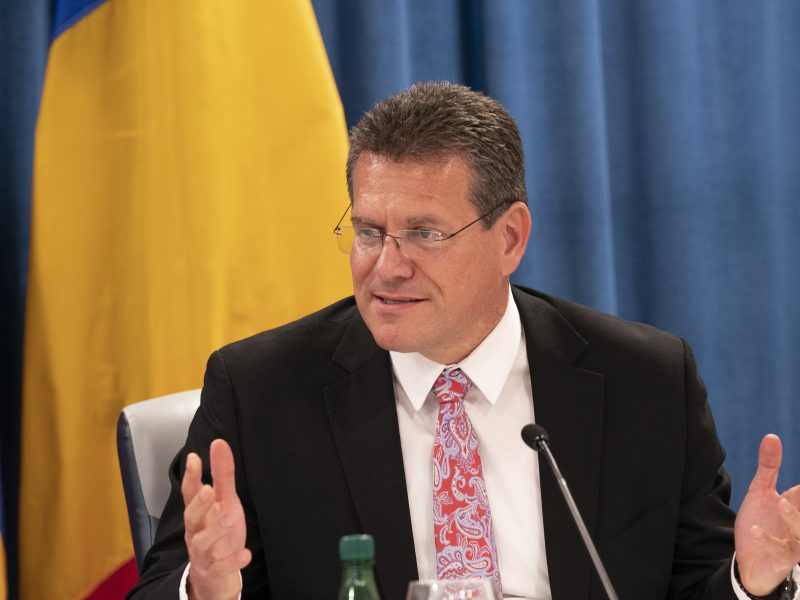